The exhibition “Paulo Bruscky: Bank of Ideas”, discusses the process of the artistic creation of Paul Bruscky from the insistent use of files, documents and records in the formulation of his aesthetic thought, in which the dialectic between the ephemeral and the record has a decisive presence in the making off of his Banks of Ideas. These notebooks built for decades and continuously updated, store an arsenal of sketches, thoughts and drafts from various works – materialized or not. Notes, phrases, cataloguing of his vast prod.

A deserved highlight for an artist who traced his work through experimentation and sharing, by addressing, as one of the central aspects of his production, the circulation of the artistic object, in addition to questioning the state of the art. 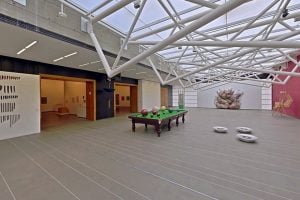 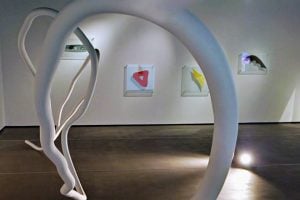 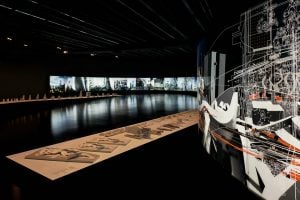 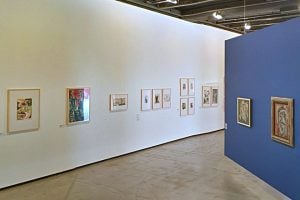 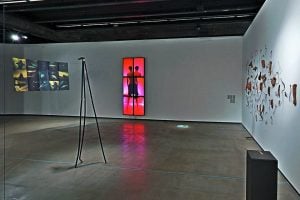 Biography
Paulo Roberto Barbosa Bruscky (Recife, 21 of March of 1949) is a multimedia artist and Brazilian poet known for his extensive participation in the movement of conceptual art Brazilian. His father was an artist from Belarus who was on tour in Brazil when he met his mother at the Teatro Santa Isabel. Third son, from a family of seven brothers, Paulo became interested in art, while dealing in his father’s photography studio and studied music at the conservatory.

He studied Journalism and during the course of the course he graffiti the walls against the military regime. He ended up being arrested in 1968 and fired from the Joaquim Nabuco Foundation where he worked at the time [ ]. In the 1970s, he developed research in xerox art, being one of the pioneers of the International Postal Art Movement in Brazil. In 1976, he had a solo exhibition closed by the Military Dictatorship and, in 1981, he received the Guggenheim Scholarship for Visual Arts, living in New York for a year. He participated in four editions of the São Paulo Biennial, and his works integrate collections from places such as the Museum of Modern Art in New York, the Solomon R. Guggenheim Museum, Tate and the Museum of Modern Art in São Paulo.

Multimedia artist and poet, pioneer in Brazil of xerographic and postal art, Bruscky, as well as his generation colleagues, believes that the constituent elements of the work of art are immediately around, that is, in life. The artist, who maintained an intense exchange of correspondence with Hélio Oiticica and who dialogues with the Fluxus movement, brings together in this exhibition about 100 projects, most of which have not been carried out, including those prohibited by the military dictatorship.

At the height of the lead years, Bruscky placed in the Capibaribe River, in Recife, coffins of the deceased with subversive and ironic messages written on top, which floated until they were captured by the police. When his exhibition Arte Cemiterial (1971) was closed by the regime, he organized a procession to bury it. A hearse traveled the streets of Recife until it was also interrupted by repression. After 41 years, this car arrives in São Paulo as an iconic work of this show.

The exhibition
Curated by Agnaldo Farias and the Research and Curatorship Nucleus of the Tomie Ohtake Institute, the exhibition highlights a selection of works of a design character, such as the well-known classifieds that publicize Bruscky’s fantastic machines, including a dream recorder and a programmable aurora borealis. performance events. Along with these works are about a hundred pages of his notebooks, with proposals that have not been realized until now. There are still countless projects for art shows that were refused, and proposals that were quite ambitious in scale and complexity, which were not feasible at the time. It is also noteworthy how the material gathered points to the moments when projects made decades ago anticipate recent works by contemporary artists around the world.

The exhibition completes works and reports of Paulo Bruscky’s initiatives that were interrupted by censorship or prohibition by the dictatorship, which includes an exhibition “Nadaísta” – homage to the void organized with several artists from Recife exactly when the artist was being pursued by police scouts military and wanted to make the opening without works of art a place to denounce his vigil.

In parallel to the exhibition, a series of conversations with the artist is planned over the internet, when the public will be able to learn more about the debates and proposals at stake in the constant elaboration of its Bank of Ideas.

The artist has an important collection of artist books, videos, postal items and films, as well as works of his own that have never been exhibited, such as the work O Guerrilheiro that won him the 1st Prize at the Salão de Pernambuco, in 1969, and taken from exposure by order of the army. Bruscky organized several group exhibitions, such as the 1st International Exhibition of Postal Art, in 1975, and Artedoors, the first international exhibition of art on billboards, in 1981, both in Recife. In 1976, together with Daniel Santiago, he mentored the 2nd International Exhibition of Postal Art, closed by the military. This type of persecution and censorship was in force throughout Latin America until 1980, when postal art was strengthened again, winning in 1981 a special room at the 16th International Biennial of São Paulo, in which Paulo Bruscky is one of the exhibitors.

Receives an award from the Guggenheim Foundation, and begins to develop his research in New York and Amsterdam. In 2004, the 26aBienal de São Paulo transported its archive of letters, films and notes from Recife to a special room. In 2009, he won a special room at the Havana Biennial and participates in the 7th Mercosul Biennial. In 2010, it was part of the 29th International Biennial of São Paulo and, in 2012, of the Tri / Poli / Gráfica de San Juan, in Puerto Rico.