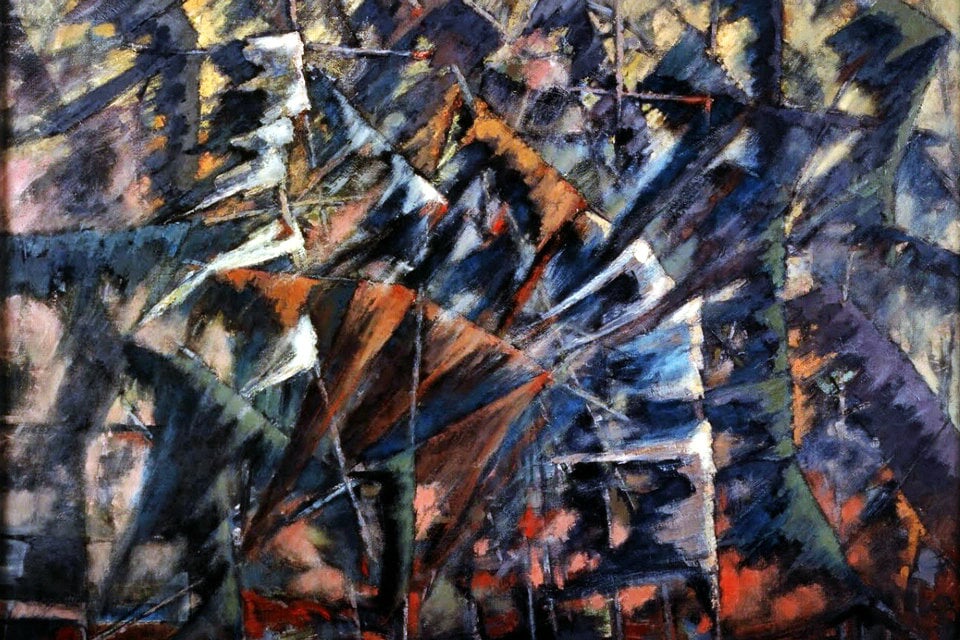 I had three eyes before the public in a different way, deeper than the general population or, explores the world of this artist as a child to see more.

Since the Renaissance, the human eye has been privileged over other body organs as a bulwark of objectivity in visual arts. The concept of Renaissance and realistic representation of the visible world as it was, was made possible by the assumption of a transparent interior that could objectively reflect the outside world, that is, the interior separated from the outside. However, the development of the camera revealed the difference between the human eye and the mechanical eye, and modern philosophy no longer seeks the truth from the outside world, but from within, that is, within the subject. Eyes were now understood as “subjective” devices that mediate the subject and the object, the time was meant attitude or posture of looking at the world through those eyes. 19, since the mid-century appeared modernism art stock for this same time (再考) can be interpreted as the reconstruction or time.

This exhibition, borrowed from Choi ‘s 1966 work by Choi Uk-kyung (1940-85), was designed to examine the multi-layered world from the artist’s perspective. Characters in her work is to emerge as an unrealistic figure that has three eyes, like eye (肉眼), siman (心眼), Yong’an (魂眼) visible structure and nature of the world and the invisible world through, It seems to express the artist’s endless desire to gain insight into beauty and wonders. The exhibition pays attention to a layered world, rediscovered through the eyes of artists who explore beyond phenomena and phenomena, rather than the general myths of modern artists, that is, genius, melancholy, madness and solitude.An artist does not let go of the connection with the world through his sight even when he seems to be sinking into himself. The breadth of that view gradually extends from the everyday life around us to the societies, the roots of existence and the unknown possibilities.

1. The beauty of everyday
In the 1st section viewer is reconstructed by the host subject, thereby facing a different interpretation of the world surpassed visual perception. The artist finds beauty in her everyday surroundings and expresses it in her own unique formative language. The beginning of the process comes from the interest and observation of the object, that is, the whole experience of mobilizing various senses, memories and imagination centered on the visual.

2. The eyes of the times
Artists are among the few who know that society is sick in a society that does not realize that they are sick. The second part looks at the artists and works that face the absurd reality and critically reproduce it without letting go of the connection with society. In the midst of winding Korean modern and contemporary history, such as colonial experience and war, national division and political and social conflict, artists do not stop at simply becoming the ‘eye’ of the community, but let the community go further from the ‘view’ and ‘do something’. Recommend.

3. The quest for existence
The artist constantly asks “Who am I” and “What is life” with more sensitive and intelligent mind than real people. Realized by facing the abyss of life can not be seen with the naked eye it eventually contingency of existence, nothingness (無), the death, the existence precedes essence that is. Awareness of human conditions that are not free from death is a horrible experience. The way out of this tragedy may be self-reliance through religion or art. In an artist’s work facing such a pressing problem of life, mental and physical struggle is perceived.

4. Vision of freedom
Enterprising artists are aware of the unknown possibilities behind the scenes of life and seek escape from bondage. To arrive at a level of freedom, you must begin by recognizing that you are not free. Artists who want to awaken unconscious consciousness to see eternity resist traditional boundaries or mechanical practices such as self and others, eternity and moments, nature and man-made, order and disorder, language and experience. They convey the intense or contemplative vision of freedom gained by not distinguishing the world as will and representation.

Deoksugung Palace opened in 1998 in Deoksugung Palace, the first modern stone condition in Korea, to systematically form and develop the modern art of Korea and ultimately to realize the cultural identity of our nation.

Deoksugung Palace’s Stone Building, which houses the museum, is a representative building of modern Korean architecture, completed in 1938.

Deoksugung is a modern arts organization that focuses on modern art from Korea and Asia from the 1900s to 1960s, as well as the world.