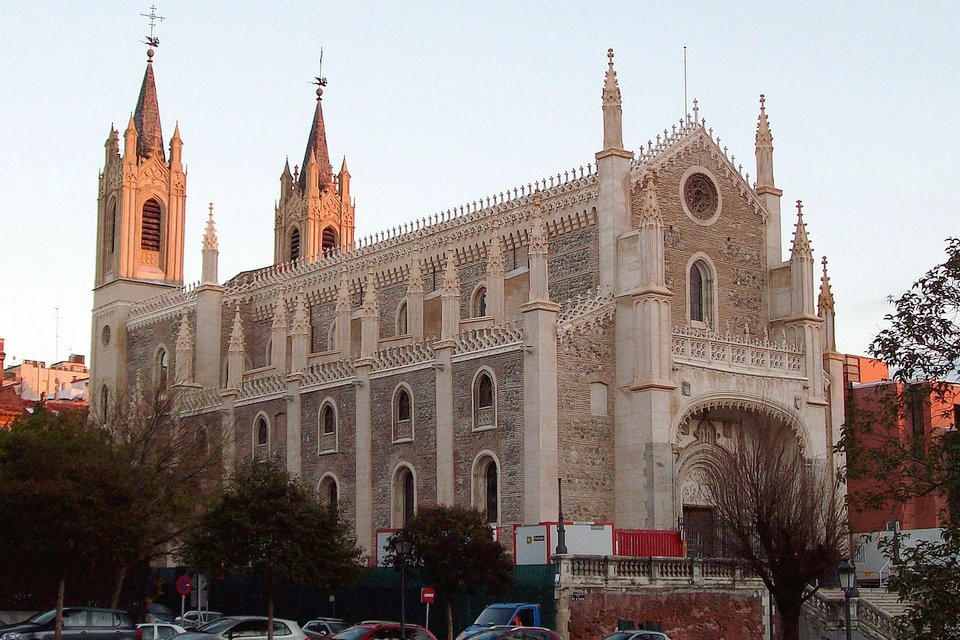 The Isabelline style, also called the Isabelline Gothic (in Spanish, Gótico Isabelino), or Castilian late Gothic, was the dominant architectural style of the Crown of Castile during the reign of the Catholic Monarchs, Queen Isabella I of Castile and King Ferdinand II of Aragon in the late-15th century to early-16th century. The Frenchman Émile Bertaux named the style after Queen Isabella.

It represents the transition between late Gothic and early Renaissance architecture, with original features and decorative influences of the Castilian tradition, the Flemish, the Mudéjar, and to a much lesser extent, Italian architecture. The consideration or not of the Isabelline as a Gothic or Renaissance style, or as an Eclectic style, or as a phase within a greater Plateresque generic, is a question debated by historians of art and unresolved.

Overview
The Isabelline style introduced several structural elements of the Castilian tradition and the typical Flanders’s flamboyant forms, as well as some ornaments of Islamic influence. Many of the buildings that were built in this style were commissioned by the Catholic Monarchs or were in some way sponsored by them. A similar style called Manueline developed concurrently in Portugal. The most obvious characteristic of the Isabelline is the predominance of heraldic and epigraphic motifs, especially the symbols of the yoke and arrows and the pomegranate, which refer to the Catholic Monarchs. Also characteristic of this period is ornamentation using beaded motifs of orbs worked in plaster or carved in stone.

After the Catholic Monarchs had completed the Reconquista in 1492 and started the colonization of the Americas, imperial Spain began to develop a consciousness of its growing power and wealth, and in its exuberance launched a period of construction of grand monuments to symbolize them. Many of these monuments were built at the command of the Queen; thus Isabelline Gothic manifested the desire of the Spanish ruling classes to display their own power and wealth. This exuberance found a parallel expression in the extreme profusion of decoration which has been called Plateresque.

References to classical antiquity in the architecture of Spain were more literary, whereas in Italy, the prevalence of Roman-era buildings had given ‘Gothic’ a meaning adapted to Italian classicist taste. Until the Renaissance took hold in the Iberian peninsula, the transition from the ‘Modern’ to the ‘Roman’ in Spanish architecture had hardly begun. These terms were applied with a meaning different from what one would expect now— the ‘Modern’, an originally Spanish style, referred to the Gothic and its rational efficiency, while the ‘Roman’ was the neoclassical or emotional and sensualist style of the Italian Renaissance.

Regardless of the spatial characteristics of the interiors, Gothic buildings utilized proven structural systems. The Gothic style in the Iberian Peninsula had undergone a series of changes under the influence of local tradition, including much smaller windows which allowed the construction of roofs with substantially less pitch and even flat roofs. This made for a truly original style, yet more efficient construction. Spanish architects, accustomed to their Gothic structural conventions, looked with some contempt on the visible metal braces that Italian architects were forced to put on their buildings’ arches to resist horizontal thrust, while their own Gothic building methods had avoided this problem.

The development of classical architecture in the Iberian Peninsula, as elsewhere, had been moribund during the centuries of building construction done in the Gothic tradition, and the neoclassical movement of the Italian Renaissance was late to arrive there. A unique style with modern elements evolved from the Gothic inheritance in Spain. Perhaps the best example of this syncretistic style is the Monastery of San Juan de los Reyes in Toledo; designed by the architect Juan Guas, its Gothic ideals are expressed more in the construction than in the design of the interior space, as the relationship with original French Gothic building techniques had receded with the passage of time.

In the Isabelline style, decorative elements of Italianate origin were combined with Iberian traditional elements to form ornamental complexes that overlaid the structures, while retaining many Gothic elements, such as pinnacles and pointed arches. Isabelline architects clung to the Gothic solution of the problem of how to distribute the weight burden of vaults pressing on pillars (not on the walls, as in the Romanesque or Italian Renaissance styles): that is, by propping them up with flying buttresses. After 1530, although the Isabelline style continued to be used and its decorative ornaments were still evolving, Spanish architecture began to incorporate Renaissance ideas of form and structure.

First Isabelline style
The first pase of the Plateresque style, which lasted from about 1480 to 1520, is also called ” Plateresque Gothic style “, ” Hispano-Flemish Gothic “, or ” Isabelin Gothic ” or ” Catholic Kings “. It was indeed developed in the countries of the crown of Castile, under the reign of ” Kings Catholics “, Isabella of Castile and Ferdinand of Aragon. Moreover, most of the buildings built in this style were orders from the Catholic Kings or were in any way patronized by them.

During this phase, the flamboyant Gothic forms are still dominant, and the Renaissance elements remain little used or poorly understood (according to the canons of the artistic Renaissance). We find the predominance of heraldic and epigraphic motifs. One of the most striking decorative features is the recurrent use of the symbols of yoke, arrows and pomegranate, which directly refer to the two Spanish monarchs. There is also the motif of the balls to decorate the buildings.

The Isabelin style is particularly well represented by the works of architects Enrique Egas, the architect of the Catholic Kings, Juan de Álava or Diego de Riaño.

It is characterized by the domination of architectural and decorative elements of the Renaissance, which impose Gothic motifs. The style evolves towards greater purity, more severe and harmonious, with massive geometric shapes, while the correct use of classical architectural vocabulary is more frequent. Round or domed vaults tend to replace Gothic vaults. However, even the balance of forms seemed too exuberant to the young King Philip II, who evolved to an even more sober style, characterized by the construction of the Escorial from 1556.

The architect and sculptor Diego de Siloé is the best representative. We can also note the work of Alonso de Covarrubias and Rodrigo Gil de Hontañón.

Main buildings
The Spanish architects built many buildings, commissioned by the Church and the great Spanish nobles. Plateresque style constructions are therefore quite diverse, such as churches and palaces, but also hospitals and university colleges. We also find Plateresque style both in Spain and in the territories of the Spanish Indies.

The most representative buildings of the Plateresque style are: