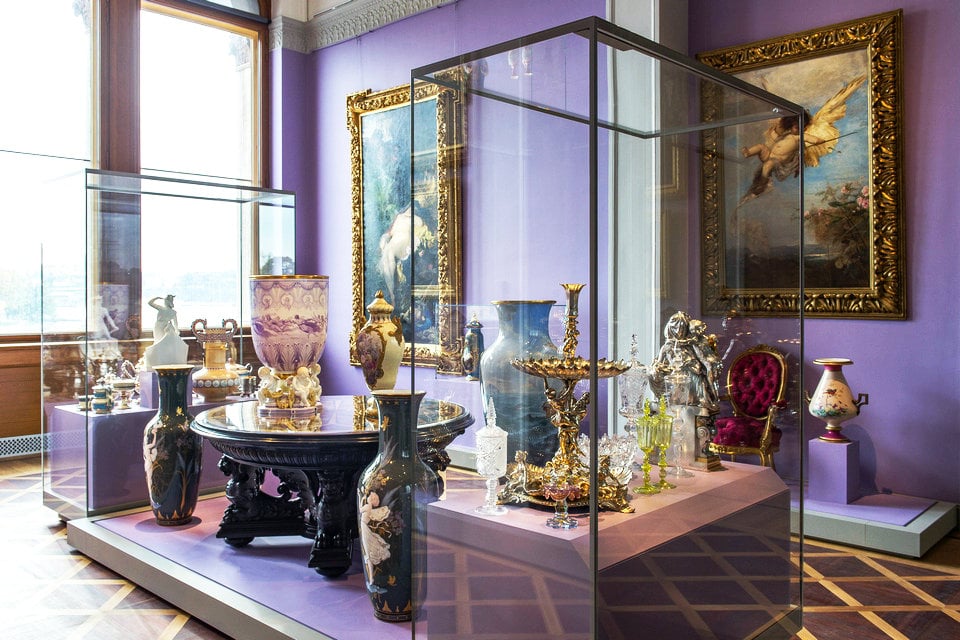 Art changed from idealism to realism in the 1800s, Gothicism in Sweden arose from liberalism’s dream of political freedom, during the latter part of the century, people began to be depicted more realistically with modern clothes, hairstyles and blemishes.

From classicism to national art
The first decades of the 19th century became a great time for the museum. Lack of interest, together with very little, on the verge of non-existent resources meant that the business was kept alive with the help of the energy of dedicated employees. The lack of funds excluded new acquisitions to some extent. At the same time, many of the major museum collections were created in Europe at this time, thanks to an aggressive acquisition policy, supported by more urgent courts and bourgeoisie. From 1817, the Royal Museum received an annual state grant of 550 riksdaler, but it did not suffice for much more than maintenance that was necessary to save the collections from total decay. The grant, however, can be considered as important in principle since the legitimized museum as its own authority.

However, the scarce economic conditions would not mean that the first part of the nineteenth century became completely uneventful. One of the most significant events that occurred during this time is the large acquisition of sculptures by Johan Tobias Sergel in 1815. After Sergel’s death in 1814, with the help of a special grant of 2,500 riksdaler banco, the Royal Museum was able to acquire all sculpture sketches in plaster and terracotta that was part of his legacy. In total it was about over 50 works. From 1817 these were displayed together with marble sculptures by Sergel who belonged to Gustav III in a special Sergel room in the museum.

The acquisition and installation of Sergel’s sculptures can be said to mark a breaking point in the museum’s exhibition activities as it represents both classicism as well as domestic art. At the same time as the Sergel Collection was presented to the public, voices were raised in the art of Sweden that wanted to steer the focus from classicism towards domestic and nationally oriented art. In this context, it can be noted that in 1818 King Karl XIV Johan commissioned the colossal sculptures depicting the Asa gods Oden, Tor and Balder by Bengt Erland Fogelberg. These would later be deposited in the Royal Museum.

A little into the 19th century, the painting would occupy a more prominent place in the museum’s activities, as evidenced in particular by the documentation of the changes initiated by the chamberlain Lars Jacob von Röök in the 1830s. Röök brought the museum into the 19th century. With a new color scheme, they were primarily linked to Danish and German Biedermeier and the exhibitions were arranged in a fashionable fashion, from a classicist-oriented enlightening principle to an imaginative romantic suggestive exhibition aesthetic.

From idealism to realism

1800–1870
The French revolution changed European art after 1800. Both crafts and visual arts were politicized, while classicism continued to dominate. It soon received competition from a romantic painting style, and later by an idealization of the countryside. In the wake of the destruction of older environments as a result of the revolution, romanticism of history and new styles emerged. The German infatuation with the Middle Ages was, in turn, a reaction to Napoleon’s occupation, while Gothicism in Sweden arose from liberalism’s dream of political freedom. The emphasis on feelings contrasted against the revolutionary cult of reason. The answer was a romantic landscape painting and the depiction of bourgeois interiors. Sculpture art also experienced a boost with a series of public monuments.

1870–1910
The way we today experience consumer society and spectacle has its roots in the cosmopolitan culture of the late 19th century. Parallel currents existed side by side, there was not just one single art style or direction. In the 1870s and 1880s, artists moved between idealism and realism. The Nordic artists, designers and art consumers participated actively in the contemporary European art scene. Many lived in artist’s colonies in the countryside, searching for values that were lost because of industrialization. Others were fascinated by modern city life, with department stores and cafes. Japanese art and consumer goods had a strong influence. Sooner or later, most artists came to Paris because they wanted to exhibit at the annual Salon. Getting works accepted here was important for promoting your own brand.

The museum’s activities also extend outside the building at Blasieholmen. For example, the National Museum belongs to the Swedish State’s portrait collection, which is on display at Gripsholm Castle. An extensive deposit business from the museum holds several authorities and institutions with art. In addition, items from the museum’s collections are displayed at a number of other museum institutions around the country.