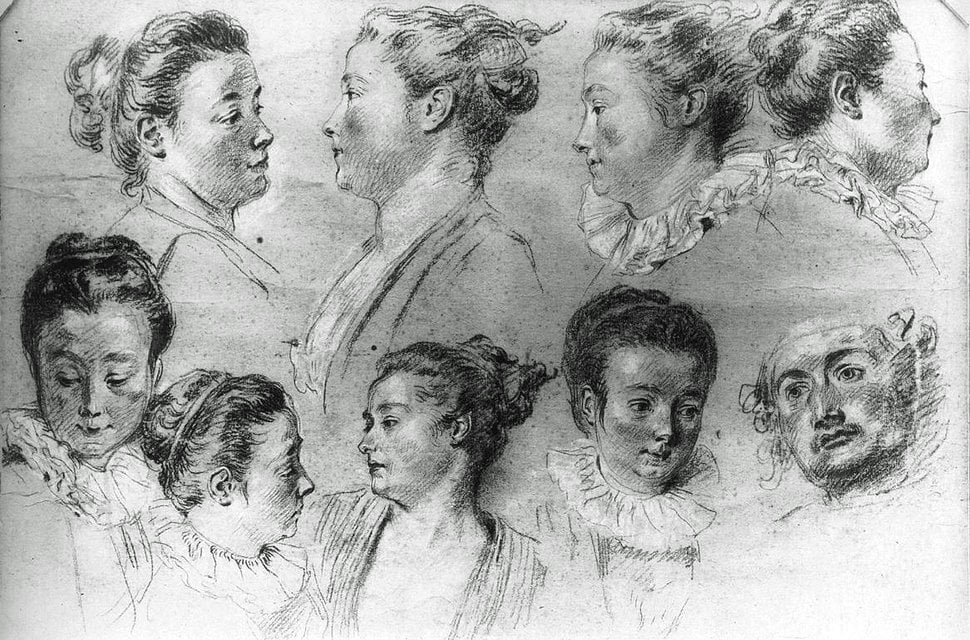 In art, a study is a drawing, sketch or painting done in preparation for a finished piece, or as visual notes. Studies are often used to understand the problems involved in rendering subjects and to plan the elements to be used in finished works, such as light, color, form, perspective and composition. Studies can have more impact than more-elaborately planned work, due to the fresh insights the artist gains while exploring the subject. The excitement of discovery can give a study vitality. Even when layers of the work show changes the artist made as more was understood, the viewer shares more of the artist’s sense of discovery. Written notes alongside visual images add to the import of the piece as they allow the viewer to share the artist’s process of getting to know the subject.

Studies inspired some of the first 20th century conceptual art, where the creative process itself becomes the subject of the piece. Since the process is what is all-important in studies and conceptual art, the viewer may be left with no material object of art.

Painters carry out studies to understand the problems raised by a work and plan the elements that will end up composing it, in aspects such as light, color, shape, perspective and composition.

In some cases, the study reaches greater impact than the finished work, because of the freshness of the artist’s work while exploring the subject. The excitement of the discovery can give vitality to a study, which can help the changes and regrets of the artist. Sometimes the painter juxtaposes or superimposes variations of the same or different subjects, or adds written notes, conserving or changing the verticality, or takes advantage of areas that had been left empty in a previous study (including the reverse); all of which allows to better understand the process of his pictorial work.

The conceptual art of the 20th century, in which the creative process itself is the theme of the work, eliminates the difference between study and finished work, which does not have to be any material object.

They have preserved pictorial studies of the great masters of the Italian Renaissance Plenary; as for example some of Miguel Ángel. In one of them, for the Libyan Sibyl from the ceiling of the Sistine Chapel, it can be seen that the definitive composition was initially based on a male model; in another, for the Deposition, that a female figure was initially conceived as a nude adolescent.From Leonardo there are numerous studies, mostly bound, together with all kinds of notes and observations (Atlantic Codex, Codices Madrid I-II, Codex Hammer, Codex on the flight of birds, Codex Trivulzianus, Codex Arundel); among others, there are some that show how he studied variations in the position of the hands of La Gioconda or the movement of the horses of the Battle of Anghiari.From Raphael has been preserved a large set of preparatory studies and cartons, which allow Rebuild your techniques and creative process.

Studies can be traced back even as long ago as the Italian Renaissance, from which art historians have maintained some of Michelangelo’s studies. One in particular, his study for the Libyan Sibyl on the ceiling of the Sistine Chapel, is based on a male model, though the finished painting is of a woman. Such details help to reveal the thought processes and techniques of many artists.