The Lasar Segall Museum is an institution located in São Paulo, opened on September 21, 1967, it aims to gather, disseminate and preserve the work of the painter, writer and printmaker, Lasar Segall. The site was designed by the artist’s widow, Jenny Klabin Segall, and created by the couple’s children, Mauricio Klabin Segall and Oscar Klabin Segall.

Located at 111 Berta Street, in Vila Mariana, in the South Zone of São Paulo, it is installed in the old residence and studio of Lasar Segall, designed in 1932 by his brother-in-law, the architect of Russian origin, Gregori Warchavchik. 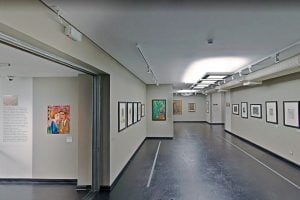 In 1985, it was incorporated into the National Pro-Memory Foundation, today integrating the Brazilian Museum Institute (IBRAM), of the Ministry of Culture, as a museum unit. The main objective of the museum is to conserve, research, disseminate, document and study the works of Lasar Segall, the collection has about three thousand (3,000) works by the artist donated by his children, in addition to the personal and photographic archive that together they reach more than six thousand items cataloged.

The Museum also has several cultural activities, offering related courses, programs of monitored visits, cinema projection, and even has a library.

In the museum it is also possible to find the Educational Action Area of the Lasar Segall Museum. This, receives only scheduled groups that have the interest and the purpose of bringing the approach to the works of the painter. The actions are carried out by educators who carry out research linked to the work of Lasar Segall and then emerge on issues of social and cultural groups. So, these researches end up resulting in courses, experiences, artistic practices and laboratories.

Although Lasar Segall’s works are the most sought after, the museum is also a huge reference in several other areas of culture. Its library brings together the most important collection of theater in the country, with books that once belonged to renowned critics such as Lopes Gonçalves, Georges Raeders and Anatol Rosenfeld. Cine Segall is also part of the famous São Paulo cultural circuit and frequently shows art films on the museum’s internal premises.

History
On one of Lasar Segall’s visits to Brazil in 1932, a person close to him built a studio next to his house and had the idea of introducing the “Lasar Segall Art School”, but without success. Over the years, Lasar Segall had many projects executed, created scenarios and costumes, obtained several works in exhibitions, film, documentaries and books by his admirers made about him and the same, not only in Brazil but also abroad. He died in 1957, in his own residence and after almost 10 years, his wife had the prospect of creating a museum.

For many years the place served as a meeting point for artists and people connected to art and housed the selection process of Lasar Segall who was a painter, draftsman, engraver and sculptor. This was one of the reasons why, after her death in 1957, Jenny Klabin Segall decided to collect and catalog her husband’s works, and to transform the couple’s former residence into the current Lasar Segall Museum.

In 1963, a wing of the Lasar Segall residence and studio was opened to visitors. In 1965, still with poor infrastructure, the public was allowed to enjoy the other facilities, in addition to the initial wing. On August 2, 1967, the museum’s creator, Jenny Klabin Segall, wife of the artist who names the museum, died. The project was then continued by the couple’s children, Mauricio Klabin Segall and Oscar Klabin Segall, so that on September 21 of the same year there was the symbolic inauguration of the Lasar Segall Museum, marked with the exhibition of works by the artist. The official inauguration took place on February 27, 1970, with the creation of the Associação Museu Lasar Segall. In 1973, it was definitely open to the public with regular visiting hours.

The Lasar Segall Museum was an environment of resistance during the military period. On December 13, 1968, Institutional Act Number Five was enacted, which began the regime’s toughest period, with arbitrary punishments, torture and imprisonment for those considered to be enemies of the government. Pioneering cultural spaces emerged as environments of resistance, as did the museum, which was part of these cultural spaces by running works of a social and critical nature. It promoted cinematographic cycles that attract audiences interested in cultural events. Subsequently, this activity turned to the inclusion of a new audience that was not close to the cultural environment: schoolgirls, housewives, workers and other social segments, with the aim of democratizing culture.

The museum started offering courses for its public to be artistically active. Photography, fine arts (drawing, painting, sculpture), writing and the creation and maintenance of a choir courses became part of the museum’s activities. The public who attended the courses saw the sensitization of the aesthetic as a way to obtain a better critical understanding of the world. Between the years 1970 and 1980, Hélio Cabral, Hugo Gama, Eva Furnari, Silvio Dworecki, José Antonio Pasta Jr., Luís Paulo Pires de Lima, Sérgio Muniz, Marco Antonio da Silva Ramos acted as responsible for the artistic- cultural.

Lasar Segal was born in Vilnius, Lithuania, in 1889. He is considered an artist of impressionist, realistic and expressionist works, in addition to being a prominent figure in modern art in the European avant-garde in Brazil. He died in the City of São Paulo in 1957.

Reform
In December 2013, the Lasar Segall Museum closed its doors for renovations for approximately one and a half years. The total budget was R $ 2.5 million, of which R $ 1.5 million came from the National Culture Fund (FNC) and R $ 1 million from Petrobras. The reason for the renovation was only repair: infrastructure, electrical installations, some repairs such as infiltrations, roof, air conditioning and security system. It reopened on 12 September 2015, receiving the exhibition “Mário de Andrade and his two painters: Lasar Segall and Candido Portinari”, which brings together three exceptional names of Brazilian art. As of this year, the museum began to present and offer better infrastructure to the public with all the alarming problems solved and with some new features, such as the implementation of a new engraving studio and the introduction of a cinema room open to the public.

Collection and structure
The museum consists of 3,199 original works by Lasar Segall. His grandson Oscar Klabin Segall donated another 110 works by the artist to the collection in 2013. Among the 35 oil paintings that remain in the place, there is available one of the most famous of the painter, the Ship of Emigrants, made from 1939 to 1941 Among the works you can find more than 400 engravings, 2 thousand drawings, of different techniques, as well as paintings and sculptures.

To complement the museum’s heritage, there are also around 80,000 documents collected during the artist’s life. Correspondence, texts in several languages, translations by the artist, photographs that record his daily life, his family and friends, his travels and the process of his works, books that belonged to his old library, mainly on modernist and expressionist art and objects personal items such as boxes with stamps and a collection of cigar labels also make up the collection.

Theater, opera, circus, dance
The collection in this space has more than 25 thousand theater texts. It was created with collections from Jenny Klabin Segall and theater critics such as Lopes Gonçalves and Anatol Rosenfeld.

The collection of programs and critiques of reenactments of the history of theater, opera and dance in São Paulo and in regions of Brazil are, in addition to theatrical texts, another very important acquisition for the formation of the collection in this area.

The museum continues to be magnified with donations or even purchases of important works.

Cinema, television, radio
The main means of aggregating this collection is through purchases of the most important periodicals and books. Since 1974, a wide variety of materials have been gathered for the creation of the collection, such as technical files for films, leaflets, radio, cinema and television journalistic documentation, scripts. And due to this fact, the collection today has a great diversity of instruments.

Photography
One of the most complete and specialized photography collections is located at the Lasar Segall Museum, in the library. The collection of national and foreign books and periodicals, photographers’ documents and catalogs of photographic exhibitions, form such a complete area about photography. In the midst of few collections trained in photography in the city of São Paulo, the Jenny Klabin Segall Library collection is a reference when it comes to photography.

Library
The Museum also has a library specialized in Performing Arts (Cinema, Theater, Radio and Television, Dance, Opera and Circus) and in Photography, with one of the largest collections in South America. The library, called Jenny Klabin Segall, is open to the public since May 1973 and carries the name of the writer, translator, creator of the Museum and wife of Lasar Segall. The collection includes books that once belonged to renowned critics such as Lopes Gonçalves, Georges Raeders and Anatol Rosenfeld.

Similar exhibits are also available from contemporary artists who dialogue and relate to Segall’s works, such as Egon Schiele and Paul Klee.

The collection does not have a loan system. Within the limits of the current legislation above copyright and conservation policy, copies of the works are offered.

Cine Segall
The Lasar Segall Museum also has a cinema room with a capacity of 92 seats, the Cine Segall. With the renovation of 2014 and 2015, the program of the room became more restricted, with thematic afternoons and few films corresponding to the normal schedule, making it possible for Cine Segall to acquire new equipment. The renovation of this cinema ended in February 2016 and today the room has a new 35mm projector and a new Dolby Surround Sound system.

Creative activities area
With the intention of being also a space for creation, the Lasar Segall Museum also promotes workshops and courses in the so-called Creative Activities Area of the Museum; with sectors of Literary Creation, Printmaking and Photography Studio offer parallel activities that encourage greater agency of visitors within the Museum environment.

Educational action
The Lasar Segall Museum has an Educational Action Area, where educators carry out activities based on personal research totally related to Lasar Segall’s works, contemporary productions and some issues that arise from certain social and cultural groups. All of these researches are consolidated into specific experiences, artistic practices and laboratories.

Information and services
The Museum, which has a cafeteria, connection, cinema room, workshop and courses, is open from Wednesday to Monday, from 11am to 7pm. Your entrance is free for all visitors.