On the ground floor, characterized by fifteenth-century rooms, there are paintings, sculptures, miniatures and precious objects from the Gothic-Renaissance period. In the room of the Torre Tesori , one of the fifteenth-century towers of the old castle, you will find some of the most important pieces of this period such as the famous Portrait of a man by Antonello da Messina.

The exhibition on sculpture in Piedmont from the Gothic to the Renaissance was organized, showcase the Medieval Lapidary houses sculptures, mosaics and goldsmith’s works (including the precious Treasure of Desana) ranging from the late ancient period to the Romanesque period. . A twofold opportunity, therefore, to visit Palazzo Madama, not only to admire the Juvarrian masterpiece, but also to verify the consistency of the acquisitions of the Civic Museum of Ancient Art (many exhibited works are part of the museum’s collection). The possibility of making a point on sacred sculpture in Piedmont of that period.

The collection of Piedmontese Gothic and Renaissance sculpture is a very important nucleus of the Civic Museum of Ancient Art, continuously enriched with acquisitions that saved monumental sculptures from dispersion but also wooden furnishings and terracotta frames, testimony of a centuries-old artisan tradition.

This section is now on display, together with works from other museums, to signal the protective action carried out by the Civic Museum in the area since its early years. In fact, the Gothic and Renaissance exhibition in Piedmont dates back to 1939, which was not only a temporary exhibition but designed the museum in sections dedicated to the Middle Ages and the Renaissance. Similarly, the exhibition set up today in the Senate room is a stage of scientific study to plan the new museum itinerary. That is, it is part of the project for the reopening to the public of the museum, currently closed for the restoration of Palazzo Madama. 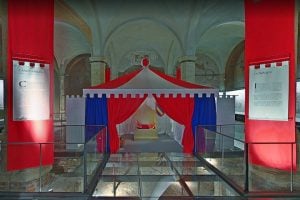 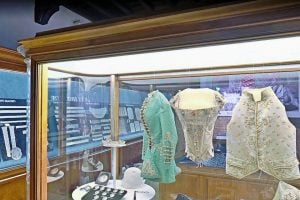 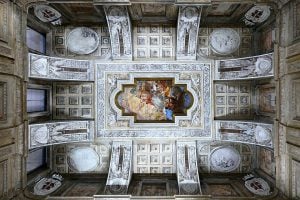 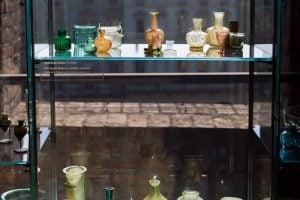 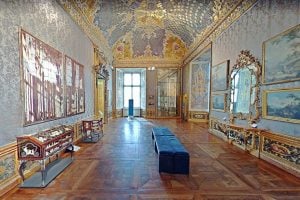 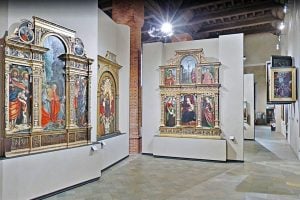 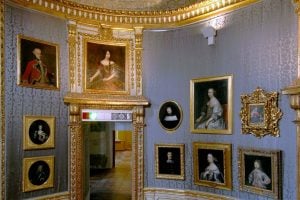 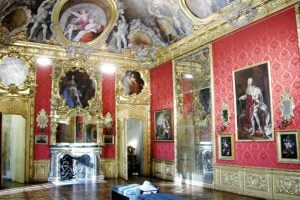 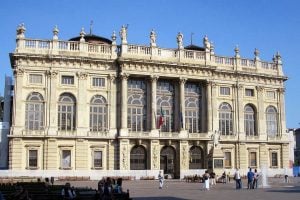 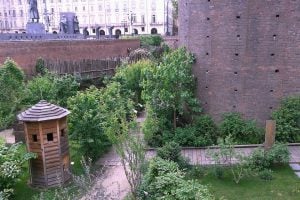 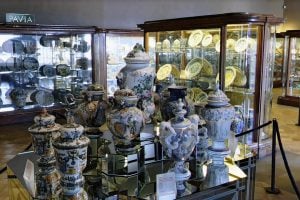 If born for the Civic Museum, the exhibition also reflects its collections: the Aosta sculpture, in particular, so important in the nineteenth century alpine culture, when the museum was formed. But also contacts with Friborg and Lausanne, with the Canavese and Susa valleys, and Asti, another strong cultural center in Piedmont in the early 14th century. The registry of works and artists is extremely rich: French, English, Lombard and Fiammighi document the contribution made by the border regions to the elaboration of Renaissance language.

It is important to focus attention on certain aspects to understand and frame the fifty sculptural works on display within historical and stylistic boundaries. For centuries Piedmont has been characterized by a very intricate political situation, characterized by the predominance first of the Angevin, then of the Savoy. It is therefore not easy to give an interpretation that follows a simple chronological order when the stylistic influences are manifold and the lack of documentation does not help define a precise unitary framework. For this reason, the exhibition cannot follow only a chronological order of the works, and therefore has been structured according to two levels of reading: chronological path and path by themes.

The exhibition also shows the extraordinary polychrome of the sculptures, which often arose from the collaboration between sculptors and painters.

The first section examines the Gothic era with French influences, immediately we see an antependium with Christ, the Virgin and Saints (1200-1210) of the Master of Courmayeur; then a wooden sculpture of the Dead Christ (1320-1330) by the Aosta Valley author, an interesting detail is the wound on the side dug because on Easter day the host was extracted directly from the cavity. The exhibition continues, touching on different themes and centers from time to time, such as the Asti area, the fifteenth-century sculpture with Lombard and French influences, until later on reaching the Flemish ones. Note the use of different materials alongside wood, such as marble or terracotta. From the first more dramatic sculptures we pass, through the centuries, to a plasticism and formal virtuosity that make it exceptional testimonies, albeit in their isolation from the context.

In the fragment of Ancona with the Coronation of the Virgin Mary the figures are carved in alabaster then painted and gilded, according to a tradition widespread in the English shops of the fifteenth century which exported throughout Europe. How did an English work arrive at the Novalesa abbey church, from which it came? Probably thanks to the painter Antoine de Lonhy, active in Barcelona, ​​Toulouse and Aosta and who in 1462 had frescoed the chapel of the Virgin in the same church. The production of the great altarpiece of the Staffarda abbey is also far away: in the sixteenth century, an important client such as Giovanni Ludovico di Saluzzo had already asked the shops of Antwerp for this lively work in polychrome and narrative vein.

Some works deserve a more accurate description for the value they possess, but the advice that this time is worth more than others is to go and see the exhibition with the catalog in your hands, as it is accompanied by really well prepared technical sheets, where they are specified location, origin, material and technique used, restorations, as well as a brief description of the work. Some acquisitions are real gems such as the Pala della Bottega in Antwerp with stories of the Virgin and the infancy of Christ (around 1535) from the abbey church of Staffarda, purchased by the Museum from an antique dealer.