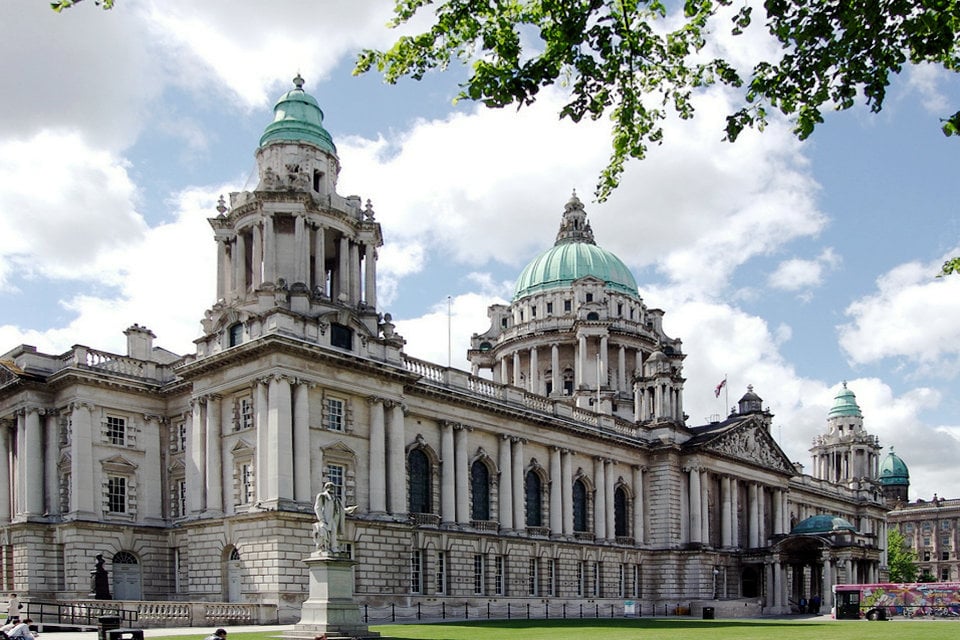 The neo-baroque architecture was one of the late historicist architectural styles of the late nineteenth century, especially after 1880, which coexisted and replaced Neo-Renaissance architecture. It is a mainly European trend, but later it expanded and examples can be seen everywhere in the world, and it is not always easy to distinguish between the many academicist, historicist and eclectic styles of the turn of the century.

The term is used to describe the architecture that recovered some of the characteristics of Baroque architecture, but that is not properly the Baroque period-seventeenth and eighteenth centuries-and that did not lead to a complete recovery, in the revivalist sense, of the language of artists such as Gian Lorenzo Bernini, Francesco Borromini and Guarino Guarini.

The teaching of the elements of the baroque architectural tradition was an essential part of the curriculum of the Ecole des beaux-arts in Paris, the most prominent school of architecture in the second half of the nineteenth century, and was an integral part of Beaux architecture -Arts or academic that was built both in France and abroad. This is evident in the Teatro dell’Opera in Paris, considered the maximum expression of this current, was designed by Charles Garnier and built between 1861 and 1875, within the framework of the great urban plan reformer managed by Baron Haussmann under the rule of Napoleon III. The theater, when referring to the architecture of the Italian Renaissance, presents a beautiful interior, strongly articulated in a plastic sense (especially in the main foyer), which leads to the emergence of a complex volumetry also in the exterior profile. Therefore, to define the Parisian theater as neo-baroque is correct only if the adjective is understood as imposing, majestic and redundant, while it is inappropriate if it is the search for typically baroque elements.

The enthusiastic sense of European imperialism encouraged it to be the official architecture that reflected the greatness of the French and British empires, and that in Germany and Italy it expressed pride in the new power of the unified state. In Austria its use also had a patriotic connotation, since it was supposedly related to the cultural flowering and political expansion of the early eighteenth century. In its late phase it coexisted with the Jugendstil, in which it partially influenced. Neo-Baroque works left in the British realm the architects Ferdinand Fellner (1847-1917), Hermann Helmer (1849-1919), Arthur Meinig (1853-1904) and above all Sir Edwin Lutyens.

The neo-baroque style was used especially for the design of new and grand official buildings, generally civil, such as palaces, government buildings and courts, as well as new theaters, since the Baroque had contributed to the flourishing of the scenographic arts.

Significant examples are the Palace of Justice in Brussels, built and designed by Joseph Poelaert since 1866 and described by critics as “the most pompous and overloaded neo-baroque work of the Ottocento.”, The Dresden Opera House (1878, with influence neorenacentista); the Bode-Museum in Berlin (completed in 1904); the Ashton Memorial in Lancaster (1907-1909); and the Christiansborg Palace, in Copenhagen (first half of the 20th century).

In Italy, where the style is part of what is known as umbertino, the Palace of Justice in Rome (current seat of the Supreme Court of Cassation), designed by Guglielmo Calderini around 1884, in which some reminiscences converge, must be remembered. of the Garnier Opera. Another example is the headquarters of the Federico II University of Naples, the work of Pierpaolo Quaglia and Guglielmo Melisurgo (1897-1908).

At present, there are also some postmodern buildings with a style that could be called Baroque, for example, the Dancing House in Prague by Vlado Milunic and Frank Gehry, who have been described as “new baroque”.

Architecture
The neo-baroque is an architectural style born in the middle of the nineteenth century which takes again the modénature (proportions and dispositions of the elements of ornament) of the Baroque architecture.

His most famous example in France is the Opéra du Palais Garnier in Paris. In 1923, the Capitole de Toulouse theater was rebuilt and decorated by Paul Pujol in this style.

In Lorraine and Alsace, many churches built or rebuilt in the late nineteenth and twentieth centuries borrowed baroque architecture proportions or decorative elements. Significant examples are the Saint-Maurice church of Freyming-Merlebach, built from 1911 to 1913, it was richly decorated by the famous Paul Geissler, the stained glass windows are from Zettler of Munich, it does not undergo any modifications since its construction and passes for an authentic masterpiece of neo-baroque art; the tower-porch of the parish church of Seingbouse built by architect Schatz de Sarreguemines from 1870 to 1873.

In Germany, there is the Bode Museum in Berlin and the many monuments of the sculptor Reinhold Begas. In Vienna, the Burgtheater was completed in 1888 in this style.

In Belgium, there is the Saint-Josse church in Saint-Josse-ten-Noode.

Sculpture
The neo-baroque trend is also a characteristic style of the stylistic eclecticism of the French sculpture of the Third Republic. In break with the restrained poses and the sober profiles of academic sculpture, the neo-baroque style is characterized by the decorative abundance and a search for movement by theatrical gestures, contorted poses or compositions whose lines of force are, among others, based on the arabesque or the spiral.