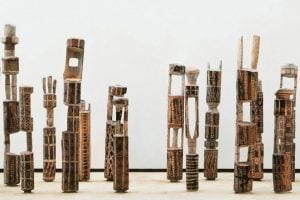 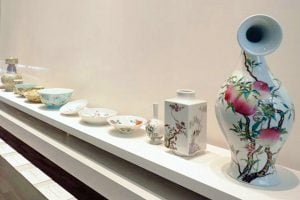 These are shown alongside works from the Gallery’s collection, including ones by Vincent van Gogh, Ernst Ludwig Kirchner and Alberto Giacometti.

This section of the Gallery is also home to British Victorian paintings and sculptures, many collected from the earliest days of the Gallery.

Art Gallery of New South Wales
The Gadigal people of the Eora nation are the traditional custodians of the land on which the Art Gallery of NSW is located.

Established in 1871, the Gallery is proud to present fine international and Australian art in one of the most beautiful art museums in the world. We aim to be a place of experience and inspiration, through our collection, exhibitions, programs and research. Admission to the Gallery is free, as are our permanent galleries and most exhibitions and events.

Collection
Modern and contemporary works are displayed in expansive, light-filled spaces, offering stunning views of Sydney and the harbour, while our splendid Grand Courts are home to a distinguished collection of colonial and 19th-century Australian works and European old masters. There are also dedicated galleries celebrating the arts of Asia and Aboriginal and Torres Strait Islander art.

As a museum of art we must be a place of experience and inspiration. It is an art museum that lives and breathes its role; we want our visitors to enjoy their visit and at the heart of that lies our enormously rich and varied collection.

The collections of an art museum such as those of the Art Gallery of NSW are enormously rich and varied. They are a fascinating barometer of the evolution of taste and style, and of changing social, cultural and even political values. They are also a definitive marker of the growth of an institution. In our roughly 130-year history, the Art Gallery of NSW has become far more than just a destination for looking at pictures. We have in that century or so evolved into a place of more extended experience: a place to enjoy lectures, films, concerts and performances, a place to meet friends or take part in education programs or special events. But above all, as a museum of art we must be a place of experience and inspiration, and at the heart of that lies our collection.

Aboriginal and Torres Strait Islander art.
The collection represents Indigenous artists from communities across Australia. The earliest work in the collection, by Tommy McRae, dates from the late 19th century. Included in the collection are desert paintings created by small family groups living on remote Western Desert outstations, bark paintings of the saltwater people of coastal communities and the new media expressions of ‘blak city culture’ by contemporary artists.

Asian art
The first works to enter the collection in 1879 were a large group of ceramics and bronzes – a gift from the Government of Japan following the Sydney International Exhibition that year. The Asian collections after grown from that beginning to be wide-ranging, embracing the countries and cultures of South, Southeast and East Asia.

Forty four works held at the gallery were included in the 1973 edition of 100 Masterpieces of Australian Painting.

Contemporary art
The contemporary collection is international, encompassing Asian and Western as well as Australian art in all media. With the gift of the John Kaldor Family Collection, the Gallery now holds arguably Australia’s most comprehensive representation of contemporary art from the 1960s to the present day. Internationally, the focus is on the influence of conceptual art, nouveau realisme, minimalism and arte povera. The Australian contemporary art collection focuses on abstract painting, expressionism, screen culture and pop art.

Pacific art
The collection of art from the Pacific region began in 1962 at the instigation of our then deputy director, Tony Tuckson. Between 1968 and 1977, the Gallery acquired over 500 works from the Moriarty Collection, one of the largest and most important private collections of New Guinea Highlands art in the world.

Photography
The photography collection has major holdings of a wide variety of artists including Tracey Moffatt, Bill Henson, Fiona Hall, Micky Allan, Mark Johnson, Max Pam and Lewis Morley. As well as contemporary photography, Australian pictorialism, modernism and postwar photo documentary is represented by The Sydney Camera Circle, Max Dupain and David Moore. The evolution of 19th-century Australian photography is represented with emphasis on the work of Charles Bayliss and Kerry & Co. International photographs include English pictorialism and the European avant garde (Bauhaus, constructivism and surrealism). Photo-documentary in 20th-century America is reflected through the work of Lewis Hine and Dorothea Lange among others. Contemporary Asian practices are represented by artists such as Yasumasa Morimura and Miwa Yanagi. Styles range from the formal aesthetics of early photography to the informal snapshots of Weegee to the high fashion of Helmut Newton and Bettina Rheims.