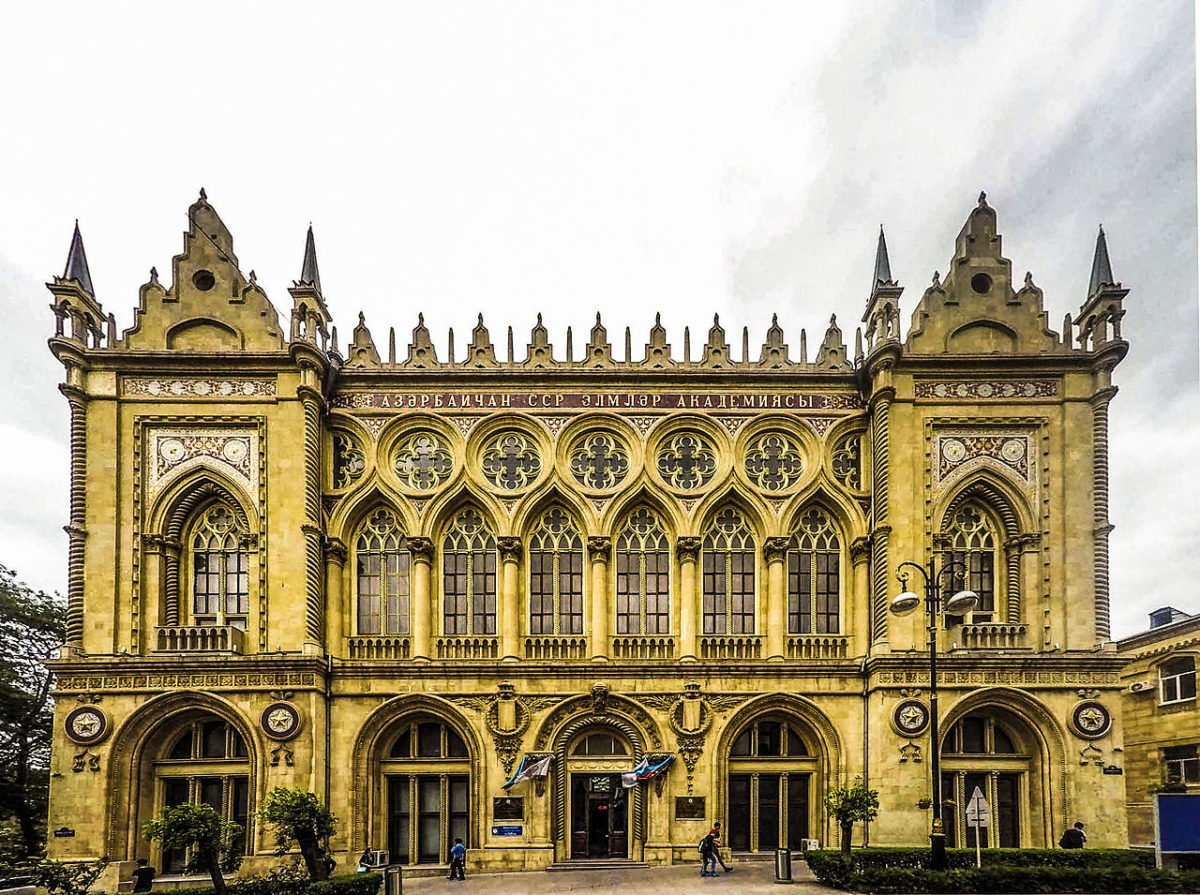 Venetian Gothic is an architectural style combining use of the Gothic lancet arch with Byzantine and Moorish influences. The style originated in 14th century Venice with the confluence of Byzantine styles from Constantinople, Moorish influences from Al-Andalus, and early Gothic forms from mainland Italy. Chief examples of the style are the Doge’s Palace and the Ca’ d’Oro in Venice.

In the 19th century, the works of John Ruskin and others inspired a revival of the style, part of the broader Gothic Revival movement in Victorian architecture.

History
The Gothic Period erupted in Venice during a time of great affluence, when the upper class was funding the building of new churches as well as new, opulent homes for themselves. At the same time, monks were beginning to bring the Gothic style to Venice’s churches from mainland Italy. The most striking examples of this new architectural fashion can be seen in Santi Giovanni e Paolo and Santa Maria Gloriosa dei Frari. However, these churches were still very similar to those found in the rest of Italy, the main difference being the building materials. It was not until the increase in palace construction, that Venetian Gothic became a distinct style in itself. Influenced by the Doge’s Palace, the creators of this new style meshed Gothic, Byzantine, and Oriental themes to produce a totally unique approach to architecture. This Venetian Gothic style lasted well into the 15th century because of the city’s love of ornate decoration and pointed arches.

Characteristics and examples
In Northern Europe, traceries only supported stained glass. In contrast, traceries in Venetian Gothic supported the weight of the entire building. Therefore, the relative weight sustained by the traceries alludes to the relative weightlessness of the buildings as a whole. This (and the associated reduced use of weight-bearing walls) gives the Venetian Gothic architectural style lightness and grace in structure.

The Venetian Gothic, while far more intricate in style and design than previous construction types in Venice, never allowed more weight or size than necessary to support the building. Venice had always held the concern that every inch of land is valuable, because of the canals running through the city.

One major aspect of the Venetian Gothic style change that came about during the 14th and 15th centuries was the proportion of the central hall in secular buildings. This hall, known as the portego, evolved into a long passageway that was often opened by a loggia with Gothic arches. Architects favored using intricate traceries, similar to those found on the Doge’s Palace.

The most iconic Venetian Gothic structure, the Doge’s Palace, is a luxuriously decorated building that includes traits of Gothic, Moorish, and Renaissance architectural styles. In the 14th Century, following two fires that destroyed the previous structure, the palace was rebuilt in its present, recognizably Gothic form.

Revival
The style was revived in the 19th century, largely through the influence of British architectural critic John Ruskin and his treatise The Stones of Venice. In North America the style was popularized by architects Charles Amos Cummings, Frank Furness, Norman Shaw, William Robert Ware, Willard T. Sears, and Frederick William Stevens. In Australia, the architect William Pitt was an exponent of the style and Joseph Reed was known to experiment in it also.