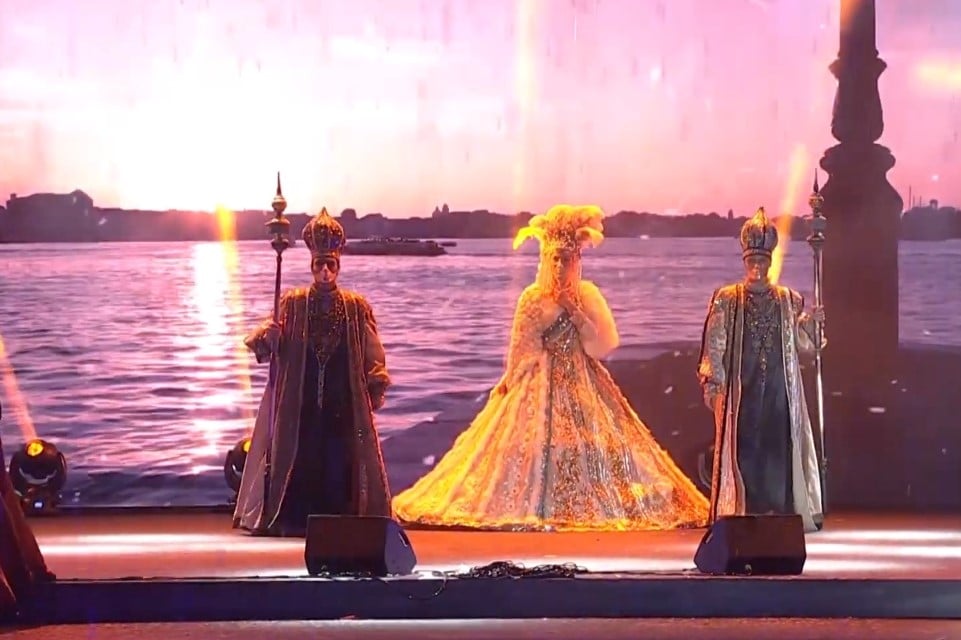 Thanks to the advantages and convenience of electronic media, this carnival will introduce the following special programs for the first time: Kids Carnival: workshops, performances, interactive stories, La Mascherina più Bella competition; Teen Carnival: disguises, tutorials, contests, meet & greet with the influencers of the moment; La Maschera more Beautiful: the traditional competition becomes digital, with interviews and entertainment, dedicated to masks of all ages.

Using digital recording, this carnival will provide video recordings for reviewing at any time. Find the curiosities about the history and traditions of the Venice Carnival, told with short videos. There will be entertainment, disguises and fun together with exceptional conductors and the many guests of the episodes, in the studio and in connection.

Venice Carnival 2021
The Venice Carnival 2021 last from January 30 to February 16. However, sanitary measures due to the covid-19 virus forced the authorities to shorten the carnival festivities. After a series of celebrations in the first week, the official canceled all arrangements in public places, and all programs were transferred to online streaming media.

However, private parties, on the other hand, do not fall under the jurisdiction of the municipality. They are organized by professional event planners in the respect of the rules on the gathering of people due to the coronavirus in Italy. Faithful fans of the Venice Carnival in costumes from all over the world can still be found in Piazza San Marco during the festival.

Venice is a magical city, Ordinary Venice is exciting, but Venice during the Carnival is spellbinding, with a historically rich mixture of performance and dining, and, of course, the magnificent costumes, including the extravagant masks for which Venice is so famous. If you have never had a romantic encounter in Venice, perhaps you will have an opportunity to learn why countless generations of impassioned lovers have exclaimed that romance in Venice is the best romance there is.

For the Carnival in the past edtion, the streets are filled with celebrants dressed in luxurious, festive garb; experiencing Venice during the Carnival is like stepping back in time, with no modern buildings to spoil the illusion. One can wander the streets, taking in the costumes and street performances, or attend an evening party, an opera or concert, in one of the palaces or hotels accustomed to hosting royalty.

All of an evening you might experience walking up the stairs of a candlelit palace, expecting Casanova to make his advances; enjoying cocktails over the glimmering Grand Canal, abandoning your senses to pleasure; all while revealing your true identity only to carefully chosen intimates. After all this extravagance perhaps your night is completed by a mysterious, romantic, moonlight tryst, leaving you entranced and breathless, ready to meet the whole experience again the following day.

February 12th:“Il barbiere di Siviglia”
Palazzetto Pisani, an 18th century building located in the historic center of Venice, will host on the 12th of February “Il Barbiere di Siviglia”, one of the most famous and beloved works of Rossini. The evening includes artistics performances like live Opera, gala dinner and after-party.

February 13th: The Exclusive “Doges Ball” Venice
The most luxurious and exclusive event of the Carnival is without a doubt “Il ballo del Doge” organised every year by Antonia Sautter. Celebrate Love the night before Valentine’s in the most elegant and sophisticated Venice Carnival themed party. This world-class appointment promesses to display exceptional talents and culinary extravaganza. The dress-code is really strict, and strongly advise get your costume from the most passionate Venetian Costume’s designer.

History
The Carnival of Venice is an annual festival held in Venice, Italy. It is one of the best known and most popular carnivals in the world. The festival is world-famous for its elaborate masks. Its origins are very ancient: the first evidence dates back to a document of the Doge Vitale Falier of 1094, where there is talk of public entertainment and in which the word Carnival is mentioned for the first time.

The institution of the Carnival by the Venetian oligarchies is generally attributed to the need of the Serenissima, like what already happened in ancient Rome (see panem et circenses), to grant the population, especially the humblest social classes, a period dedicated entirely for fun and celebrations, during which Venetians and foreigners flocked throughout the city to party with wild music and dancing.

Through the anonymity that masks and costumes guaranteed, a sort of leveling of all social divisions was achieved and even the public derision of the authorities and the aristocracy was authorized. These concessions were widely tolerated and considered a providential outlet to the tensions and discontent that inevitably arose within the Republic of Venice, which placed strict limits on its citizens on issues such as common morality and public order.

The Modern Carnival
Only in 1979, the centuries-old tradition of the Venice Carnival officially rose from its ashes, thanks to the initiative and commitment of some citizens’ associations and the logistical and economic contribution of the Municipality of Venice, of the Teatro la Fenice., of the Venice Biennale and tourist boards.

Within a few editions, thanks also to the media visibility reserved for the event and the city, the Venice Carnival has returned to tracing the footsteps of the ancient event with great success, albeit in different ways and atmospheres.

The individual annual editions of this new Carnival have often been distinguished and dedicated to a basic theme, which inspires them for parties and surrounding cultural events. Some editions were also characterized by combinations and twinning with other Italian and European cities, thus providing further involvement of the event at an international level.

The current Carnival of Venice has become a great and spectacular tourist event, which attracts thousands of visitors from all over the world who flock to the city to participate in this festival considered unique for its history, atmosphere and masks.

The traditionally most important days of the Venetian Carnival are Shrove Thursday and Shrove Tuesday, even if the greatest influxes are certainly recorded during the weekends of the event.

The holidays
With the first edition of the recent Carnival, a program of events and a detailed calendar for the new major event are simultaneously established. The date for the start of the official celebrations is established to coincide with the Saturday before Shrove Thursday and the end with Shrove Tuesday, for a total duration of only eleven days. Unlike the Carnival of the past, which for a long time had an official duration of six weeks, the modern one takes place with a concentrated program, but full of individual events.

As in the past, the Carnival of Venice still represents a great popular festival for a large audience of all ages. Street parties and events of all kinds animate the days of the groups of masks and tourists, who happily scatter around the city. In addition to the official parties in the square between campi and campielli, still today as in the past various private parties and masked balls are organized in the great Venetian palaces. In these places, rich in furnishings and atmospheres almost unchanged over time, it is possible to relive the ancient splendors and the tradition of the Carnival of the past.

The Feast of the Marys
Only in 1999 the ancient Festa delle Marie was finally restored, with an atmosphere that combines the historical re-enactment of the ancient procession with the girls with a more modern beauty pageant in costume. It was officially revived about six hundred years later, by Bruno Tosi

In the weeks preceding the Carnival, a sort of selection is held among the young local beauties to choose the twelve Marys destined to parade as protagonists of the procession, during the celebration. The party generally takes place on the afternoon of the first Saturday of the Carnival, when the twelve Marys, accompanied by a long procession made up of a procession of bridesmaids, flag-wavers, musicians and hundreds of other figures in period costume, begins its slow walk starting from the church of San Pietro di Castello and heading towards Piazza San Marco, between the wings of a crowd of masks and tourists.

In Piazza San Marco, the next day, the bridesmaids parade again awaiting the official proclamation of the winner of the edition, the most beautiful of the twelve (the so-called Mary of the year), to whom a substantial prize is awarded.

The Flight of the Angel
In the modern Carnival it was decided to re-present to the public, in a guise similar to the original one of the ancient Carnival, the anniversary of the Flight of the Angel, in its variant of Volo della Colombina. While in the past this show was celebrated on Shrove Thursday, in modern editions it is generally held at noon on the first Sunday of celebration, as one of the opening events that officially decree the beginning of the Carnival itself. Until the 2000 edition, above a cheering crowd, with its gaze turned to the Campanile of San Marco, a mechanical bird with the shape of a dove carried out, as in the past, its descent on the rope towards the Doge’s Palace. Approximately halfway through, a trap door was opened in its lower part,

Since the 2001 edition, the first of the millennium, the old formula of the Flight of the Angel has been passed again, replacing the Colombina with a real artist and ending the descent in Piazza San Marco. The 2001 flight was entrusted to the Compagnia dei Folli, which lent its own artist for the event. For each edition, the Angel of the Carnival, secured to a metal cable, makes his only descent from the belfry of the bell tower, slowly sliding towards the ground, suspended in the void, above the multitude that fills the space below.