Chinese scroll paintings and paintings have descended from the Wei and Jin Dynasties, and there are many flowers and lanterns. On behalf of the standard, to the Ming and Qing dynasties, Hainachuan and then the distribution, is the master of its collection.

When it comes to paintings and calligraphy in the Ming and Qing Dynasties, Suzhou is a place where the literati and the “Moon of the Moon” can’t be circumvented, and its pre-existing high-spirited rumors are followed by the Wu and the Wu sects. The altar is romantic, and it is orthodox. The popularity of the popular, according to the painter’s theory, according to the “Wu Men’s Painting History”, from Zhengde to Jiajing years, there are 876 people; then the shackles and expressionism or personality sentimental, played as two ups and downs Mainstream, each is good at winning the field. 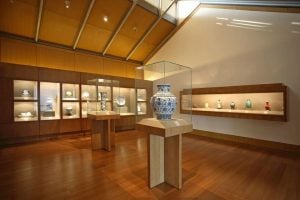 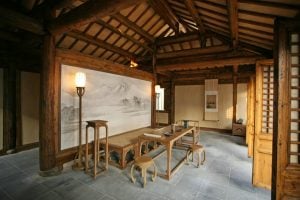 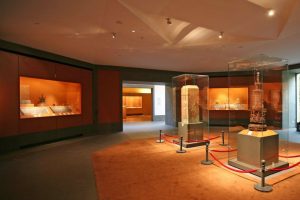 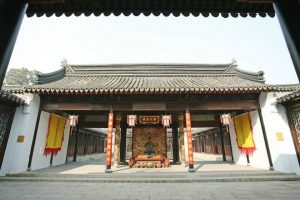 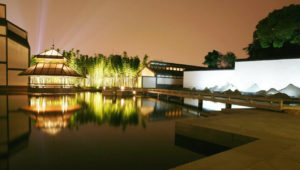 Since its establishment in 1960, the Suzhou Museum has accumulated more than 40 years of efforts to collect and preserve the hand-painted paintings and hand-painted works. The quality of the museum has been excellent, and its quality is said to be first-class, especially the Wu School’s source, the four kings, and the source. Yangzhou painting school and other works are the leader. Today, some of the collections will be selected in the form of volumes, axes, books, etc., and will be displayed in batches with the Wumen Painting and Calligraphy Hall. Although each period is only a scale and a half claw in the paintings and calligraphy of the Ming and Qing Dynasties, the audience can also see the various paintings and calligraphy of the Ming and Qing Dynasties. The artistic style of the genre can be used to sculpt the basic context of the development of the art of calligraphy and painting in the Ming and Qing Dynasties.

Suzhou Museum
The Suzhou Museum has more than 40,000 pieces of collections. It features excavated cultural relics, Ming and Qing paintings and ancient handicrafts as collections, and has won many “Wu Di Yao Zhen”. It is a collection that best reflects Wudi culture.

The Suzhou Museum site is the first batch of national key cultural relics protection units. It is the most complete set of historical buildings of the Taiping Heavenly Kingdom. In 1999, the Suzhou Municipal Party Committee and the Municipal Government invited the world-renowned Chinese architect Bei Yuming to design the new museum of Suzhou Museum. On October 6, 2006, the new museum of Suzhou Museum was completed and officially opened to the public. The new building covers an area of ​​about 10,700 square meters and a building area of ​​over 19,000 square meters. Together with the newly renovated Taiping Tianguo Zhongwang Palace, the total construction area is 26,500 square meters, which constitutes a scenic spot with the adjacent Humble Administrator’s Garden and Lion Forest. A colorful cultural corridor.

For nearly half a century, the Suzhou Museum has been rated as a provincial and municipal civilized unit model and a municipal civilized service demonstration window. The basic work of various businesses is standardized and academic research is fruitful. After opening to the public free of charge in 2008, the Suzhou Museum is committed to promoting excellent culture and serving the public. It strives for all work to “contribute to the inheritance of traditional civilization and regional civilization, to promote the image of the city and the improvement of the city’s taste, and to benefit the people. Cultural enjoyment and the needs of the community residents’ livelihoods, more than 100 special exhibitions were held. In 2018, there were more than 3.18 million audiences at home and abroad, and a total of 556 social education activities were held. The overall satisfaction rate of the audience was 95.27%.