The National Gallery of Norway is a gallery in Oslo, Norway. Since 2003 it is administratively a part of the National Museum of Art, Architecture and Design. 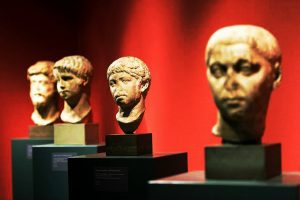 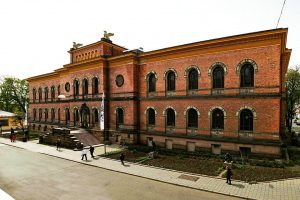 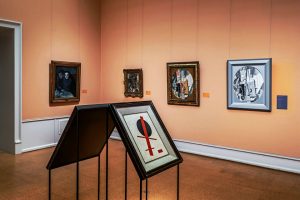 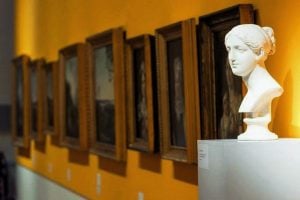 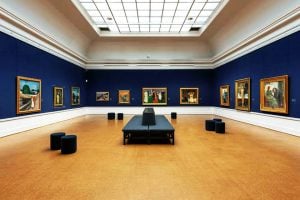 The new National Museum
A new collection for the National Museum opens in Oslo in 2020. The architectural competition for the new museum building was won by Kleihues + Schuwerk with the project artis project. Size, location and aggregate functionality in the new building will create a completely unique arena for the arts and the public.

Older and modern art is on show at the National Gallery, contemporary art at the Museum of Contemporary Art. The main emphasis of the collection is on Norwegian painting and sculpture from the 19th century. The museum also holds an extensive collection of drawings and prints by Norwegian and international artists. Highlights of the collection include major works by Edvard Munch, including The Scream. Other important artists are J.C. Dahl, Adolph Tidemand, Hans Gude, Harriet Backer and Christian Krohg. The collections from the 20th century illustrate the development of Norwegian fine art with reference to key works of Nordic and international art in the fields of painting, sculpture, photography, video and other media. Central to the collection of international contemporary art is Ilya Kabakov’s permanent installation The Man Who Never Threw Anything Away (1988–1995).

The National Gallery will remain a part of the National Museum and continue to exhibit art in the future.

Collection
The Gallery includes pieces by sculptor Julius Middelthun, painters Johan Christian Claussen Dahl, Erik Werenskiold and Christian Krohg as well as works by Edvard Munch including The Scream and one version of his Madonna.

Exhibitions
The museum presents a number of exhibitions with presentation of Norwegian and foreign art, architecture and design, both in the museum buildings in Oslo, in the rest of Norway through a nationwide program and abroad.

Conservation
The management of the museum collections aims to preserve the cultural heritage for future generations and includes all activities and measures that ensure that the collections are taken care of, enriched, developed, documented and made available to the public in accordance with today’s professional standards.

Research
Research and development work at the National Museum is mainly carried out in connection with its own exhibitions, collections, publishing and conferences.