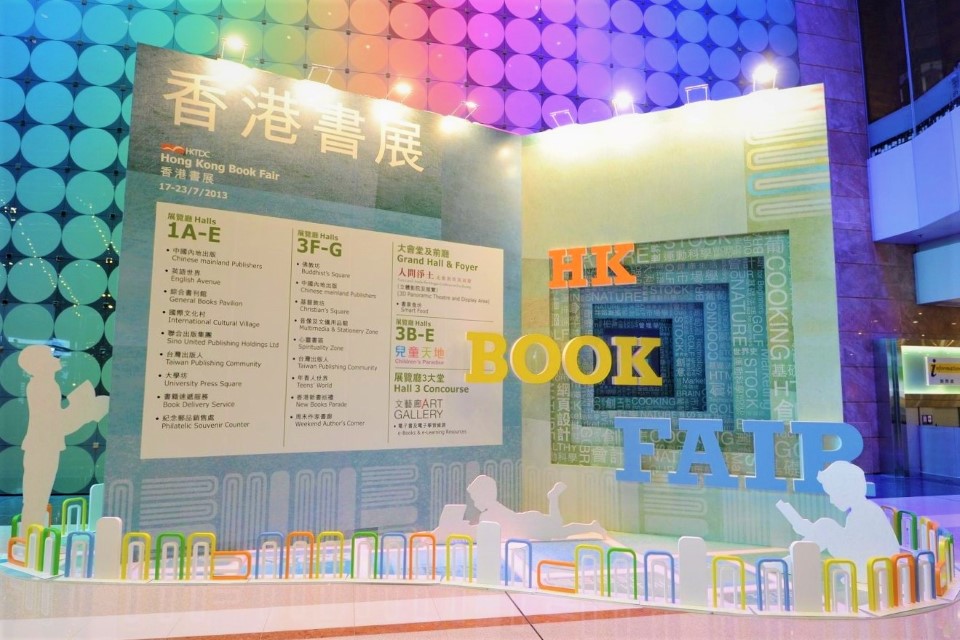 The 24th Hong Kong Book Fair, as a significant cultural event in the Asia-Pacific region, last from July 16-22 at the Hong Kong Convention and Exhibition Centre (HKCEC) in Wan Chai. This year’s fair welcomes 560 exhibitors from 30 countries and regions present books on a wide range of topics and in various languages, giving members of the public the chance to enjoy their favourite books and take part in various cultural events. A range of on-site seminars and Art Gallery exhibitions, feature leading writers from around the world, also received an enthusiastic response.

Hong Kong Book Fair has become a sign of people’s thirst for knowledge and appetite for a good story, has become a not-to-be-missed summer event for the public and for the industry. By showcase and exhibiting books, printed matter, stationery, printing, compact discs and other multimedia publishing. Hong Kong Book Fair striving to promote local reading culture. Apart from extensively inviting the public to the Fair to visit and buy books, it also spares no effort in organising diversified cultural activities during the Book Fair period with a view to enhance the contents and quality of the Fair.

More than 400 cultural activities arranged during the week-long event including seminars, readings, new book parades, storytelling sessions and performances with the aim of cultivating the public’s cultural awareness and interest in reading. Meanwhile, the Art Gallery, staged on the third floor of the HKCEC, presents a number of exhibitions to enrich readers’ cultural knowledge.

Highlights
This year the Book Fair under the theme “Reading for a Better World”. In this biggest international cultural activity, seven seminar series take place, including new spotlights on Hong Kong culture and history and travel and culture, the latter sponsored by Harbour City.

Apart from echoing the Theme of the Year, Hong Kong Book Fair cultivate a love for reading, so that people enjoy a more colourful life in a more beautiful world.

The fair present a number of zones, including English Avenue, Teens’ World and e-Books and e-Learning Resources, which offer a forum on e-reading developments. The International Cultural Village present the publications of nearly 20 countries, including Greece, Portugal and Turkey, with experts demonstrating Turkish calligraphy and ebru marbling. The Copyright Exchange Lounge bring buyers together with exhibitors selling copyrights. “Storytelling by Celebrities” sessions was among the highlights of the fair’s biggest Children’s Paradise to date.

Art Gallery
In the Art Gallery, “Pure Land: Inside the Mogao Grottoes at Dunhuang,” an animated, 3D exhibition featuring a 360-degree panoramic projection theatre. Using virtual reality technology, the exhibition offer a close-up look at Buddhist wall paintings spanning 1,000 years in the Mogao Caves, a World Heritage site in northwest China. The exhibition is presented by the Book Fair in partnership with City University of Hong Kong’s Applied Laboratory for Interactive Visualization Embodiment, the Dunhuang Academy China and the Friends of Dunhuang (HK), and sponsored by Sun Hung Kai Properties.

There also a science fiction Wisely’s 50th Anniversary Exhibition, honouring Hong Kong writer Ni Kuang, author of the enduring science fiction series “Wisely,” feature book covers, manuscripts and other memorabilia. Mr Ni lead a seminar along with artist May Hsu and authors Ray Lau and Luo Luo. An exhibition highlighting the achievements of the Book Fair’s “Author of the Year.”

An exhibition highlighting the achievements of the Book Fair’s “Author of the Year,” Chan Koon Chung, also be on display at the Art Gallery.

Seminar Series
A number of high-profile international authors participate in the fair, including Erica Jong, Jung Chang and William Shawcross. Ms Jong is the author of more than 20 books, including Fear of Flying, which has sold 20 million copies. Ms Chang is best known for Wild Swans: Three Daughters of China; her books have been translated into more than 40 languages. The books of Mr Shawcross include the Queen Mother, the official biography of Queen Elizabeth. The three address the Open Public Forum on 19 July, moderated by Sir David Tang.

Book Fair for All
The St. James’ Settlement and SHKP Read To Dream programme sponsored nearly 1,200 children from 33 schools to visit the Book Fair and participate in cultural events. Each child received HK$250 for purchasing books.