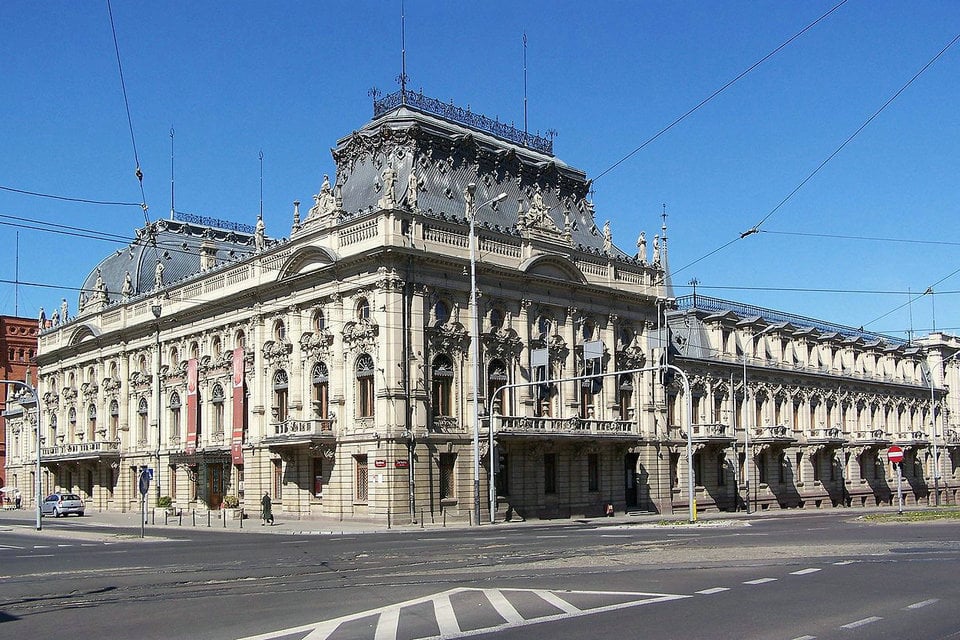 The historicism, also called Romanticism, developed mainly in the century xix and early xx concentrated all its efforts on recovering the architecture of the past. It was to imitate architectural styles from other eras by incorporating some cultural characteristics of that century while the eclectic architecture was dedicated to mixing styles to shape something new.

Historicism – a trend in the 19th-century world architecture, based on the imitation of the style of past eras. An unintentional and eclectic direction, consisting in abandoning the desire to create a style that corresponds to the current historical and social conditions, in favor of imitating the past great styles in art and architecture.

Initially, he based himself on opposing classicism and interest in the past, studied in a scientific way. He coincided with romance in art and literature. It arose from a romantic longing for what is far away, behind history and uninhibited nature. A romantically tuned man fled from the community, he sought loneliness, what was personal, native and popular, he searched for shapelessness and freedom – as opposed to professional and social coercion, simplicity bordering on primitivism. He was against rationalism, coldness and haughtiness characteristic of classicism. There was also uncertainty about the present behind all this.

Several currents can be highlighted, such as the Neo-Byzantine, Neomudéjar and Neo-Baroque ones, although the one that most boomed was the Neo-Gothic one practiced in the British Isles, which was based, as its name indicates, on a new resurrected Gothic. Among the buildings made according to this style stands out the British Parliament, designed by AW Pugin (1812-1852) and Charles Barry (1795-1860). Also important were some oriental variants, such as the Neo-Gothic-Indian, of which the Royal Pavilion of Brighton, by John Nash (1752-1835), is an example. In Spain, the neomudéjar current stood out, as an expression of a national style.

In the Ibero-American arts of the late nineteenth century, due to the nationalism brought to the scene of Romanticism, we see the desire to find the “national identity”. As for architecture, this had its reflection thanks to historicism. The historicist architecture in Ibero-America tried to imitate pre-Hispanic architecture and reinterpret it following the contemporary canons of the time.

History
Sources of historicism
Architecture and art until the eighteenth century were an interpretation of a specific social order, based on the inheritance law, making an impression of eternal duration, order supported by authority, authority, church, elite of society. This order drastically broke down during the French Revolution. Human rights proclaimed and implemented, the transformation of subjects into citizens destroyed the centuries-old tradition. The continuity of duration was interrupted. “The necklace of pearls’ necklace was broken, now there was a handful of pearls full of pearls that one could freely play with”. The past has become a repository from which you could freely draw patterns to follow.

Interest in the past in architecture coincided with the development of historical science. It was the result of research on the past. From the beginning of the 19th century, intense works on the history of architecture were carried out. People began to describe, distinguish and date buildings – initially medieval, then later. The basics of research on Romanism and Gothic were created by de Gerville, Thomas Rickman, Ksawery Kraus, and especially Eugène Viollet-le-Duc. Architects resisted on this research, reviving the neostyle around the world (neo-Romanism, Neo-Gothicism, Neo-Renaissance, Neo – Baroque).

Development phases
In the history of historicism architecture, three developmental phases can be distinguished: romanticism (up to about 1870), strict historicism (around 1870-1890) and late historicism (after 1890).

Romantic romanticism gradually supplanted classicism. The preferred styles were neo-gothic and arcaded style, from around 1850 replaced by Neo-Renaissance, however, elements that did not appear in particular styles were linked, so that creativity did not mean faithful imitation of individual styles, but subjective interpretation of them. There were also non-European motifs (see the Neo-Masonic style).
Strict historicism was based on nineteenth-century scientific research. Designed combining elements allowed in a given style, rejecting their free interpretation. Canons of descriptive neostyle were made, templates were used. Neorenaissance has become the preferred style.
Late historicism departs from the neo-Renaissance and is oriented towards neo-Baroque. Strict provisions of the previous phase are replaced by a very loose interpretation of decorative elements that are no longer strictly organized axially. There are numerous bay windows, projections, domes as well as balconies. You can observe the pursuit of glamor and monumentalism. Some decorative elements, eg floral ones, already indicate the emerging Art Nouveau.

Periodization
Andrei Vladimirovich Ikonnikov understands the notion of historicism in the broadest sense as a trend that dates back to the Renaissance and is defined by “an appeal to the culture of the past… to solve the problems of the present” . On the contrary, Evgenia Ivanovna Kirichenko considered historicism to be one of the stages in the development of eclecticism and distinguished the following periods:

Romantic historicism (the transition from the 1770’s to the changed 1840-1870-ies) is characterized by a smooth separation from the classicism. These include neo-Gothic and Neo-Renaissance with the introduced “alien” elements, why this is not a simple copying of historical styles, but a subjective interpretation. The elements of non-Western European styles (Neo-Mauritanian or Byzantine) are combined.
Pure historicism (1870-1890), on the contrary, copies the forms of the past and tries to combine them according to them. The subjectivism of romantic historicism is rejected, an attempt is made to find an objectively correct style. The preferred starting point is the architecture of the Renaissance (neo-Renaissance).
Late historicism (after 1890) focuses on the era of rebirth through baroque (neo-baroque). Preference is given to free understanding and placement of decor elements: bay windows, risalitas, domes and ornate balconies, floral ornaments.
The spread of historicism in architecture is associated with the development of capitalism in Europe and the rise of the bourgeoisie, which is why the direction is unofficially referred to as the style of grunting.

The decline of historicism begins with the Art Nouveau in 1895, although ornaments are still used, but without reference to history. The same happened after the end of World War I expressionism in architecture. Since the architecture reform after 1900 (especially since 1910), the available, non-essential functionalism and constructivism that prevailed in the 1920s are spreading. They appeared in response to the desire of society to distance themselves from the past and develop according to new technological and worldview trends. Historically, in the countries that suffered in the war, historicism ceases to exist, while in the United States or countries that did not participate in the war, for example, Spain, along with new styles, historicism survived until the 1950s.