“A hat is not just a means of protection from wind or rain, but an accessory, which completes your image, making it even more beautiful, and revealing your personality”. 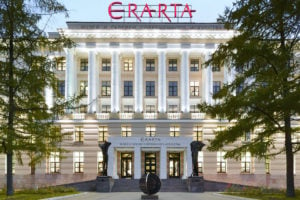 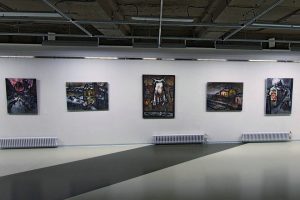 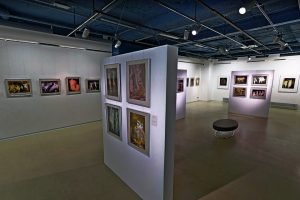 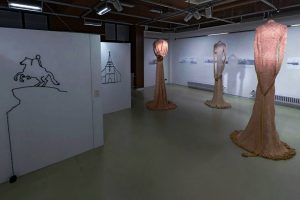 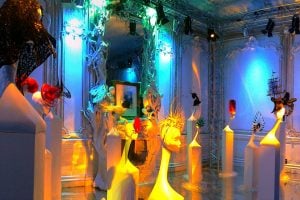 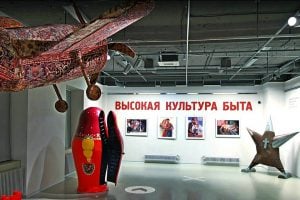 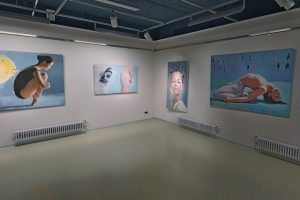 Philip Treacy
A flower, a swan, a bird cage, a head of a horse, a carousel, a plate, a lobster, a butterfly, a ship, a spiral, a horn, a telephone, wood, a wrist and even… an ashtray with a cigarette! The designer constantly experiments with palettes and shapes, using for his works feathers, artificial and natural flowers, various plants, plastic, metal, fur, textile, electrical devices and so on.

The master’s imagination is absolutely limitless, and this will be proved at the exhibition, arranged specifically for the Russian connoisseurs of haute couture. More than one hundred unique items, including 75 hats belonging to monarchs and celebrities, as well as accessories, sketches, fashion magazine covers, and other art objects. All that the world is admiring today!

“On each hat I spend as much time as it requires to become extraordinary”, — says Philip Treacy.

His clients are world royals, including the ruling dynasty of the UK; Hollywood celebrities, including Sarah Jessica Parker; pop stars, including Madonna; successful businessmen and the world’s leading fashion houses, such as Chanel, Givenchy, and Umbro.

“People coming to my studio, often ask: ‘But where are the sewing machines?’, and I always answer: ‘Here are my hands, that’s everything I need’”.

This brilliant Irishman was the first accessories designer to present his collection of hats at the Paris Fashion Week. His works are in high demand at Buckingham Palace. Thus, the designer made a hat for Camilla Parker-Bowles, the Duchess of Cornwall, and she wore it for her wedding with Charles, The Prince of Wales. And for the guests of Catherine Middleton and Prince William’s wedding Philip Treacy created 36 exquisite hats! One of the most talked about hat was the accessory of Princess Beatrice of York. Later the hat was auctioned for more than eighty thousand pounds! The money was donated to the children’s fund Unicef.

“In the morning I feel dressed only after putting on my finger thimble”.

A Knight Commander of the Order of the British Empire, Philip Treacy is a five-time winner of the British Association of designers and many other high awards. Today his works are not only exquisite items of clothing, but also valuable museum objects! Treacy’s hat exhibitions are hosted by the world most famous galleries. The first exhibition of his masterpieces was held by the famous Metropolitan Museum in New York.

“I love when hats make your heart beat faster and make you feel like a million dollars”.

The solo exhibition by Philip Treacy will open at Erarta. It is noteworthy that the maestro decided to curate it personally. This means that every visitor will be able to experience there the feeling of presence at a royal reception! Don’t miss the exhibition on the second and fifth floors at the same time.

Erarta Museum of Contemporary Art
Erarta is the biggest global project in Russian contemporary art, a must-see institution for gaining insight into modern Russia. At the heart of Erarta lies a totally unique approach to both the art and the viewer, a desire to build a new relationship system between people and art. The museum’s absolute focus and priority are concentrated on the most important person at Erarta – the visitor. All of Erarta’s activities are aimed at growing the number of people who appreciate and love contemporary art because at the core of the institution lies a belief that love of art can make any individual’s life more interesting and fulfilling, thus, ultimately, spreading a passion for art makes the world a happier place.

Erarta is Russia’s largest private museum of contemporary art, a must-see place for gaining insight into modern Russia. Its permanent collection featuring over 2,800 works by Russian artists, along with more than 40 exciting temporary exhibitions staged by the museum every year, have firmly established it on the list of things to do in St. Petersburg. Erarta Museum of Contemporary Art was repeatedly mentioned as a top choice tourist attraction by Lonely Planet guidebooks; ranks among the top 10 museums in Russia on TripAdvisor; was spotlighted as one of the ‘5 Cultural Gems’ among places to visit in St. Petersburg by National Geographic, and became the country’s first contemporary art museum to be featured on Google Arts and Culture Project.

In St. Petersburg, one of the wings of its 10,000 sq. m building is dedicated to the permanent exhibit of the collection of Erarta Museum, the largest private museum in Russia, containing 2800 works by more than 300 artists from all over the country. Another two wings are dedicated to temporary exhibitions and change completely every three months, with over 35 shows in total staged each year. There is also a multi-function Erarta Stage performance hall with a maximum occupancy of 800, which every year hosts over 300 various events such as plays, concerts and film screenings as well as lectures and meetings with renowned figures from the worlds of art, fashion and design. Erarta is open every day except for Tuesdays, from 10:00 till 22:00