The Monnaie de Paris (Paris Mint) is a government-owned institution responsible for producing France’s coins. Founded in AD 864 with the Edict of Pistres, Monnaie de Paris is France’s longest standing institution and the oldest enterprise in the world. It fulfils the public service mission of striking the euro coins in circulation for France, as well as coins for other foreign currencies.

Monnaie de Paris has a triple mission: sovereign, commercial and cultural. On behalf of the State, the Monnaie de Paris strikes current currency, that is to say the national euro coins in circulation. On the strength of this historical expertise, Monnaie de Paris produces and markets foreign current coins, collector coins, works of art, medals and decorations for foreign countries, companies or institutions.

The first factory established in Paris, it is now the last in operation. For twelve centuries, it has cultivated a venerable tradition of metalworking arts and crafts. The Monnaie de Paris strikes in its Pessac factory around 1 billion current coins each year, half of which are intended for export.

On the strength of this unique identity and this exceptional heritage, the Monnaie de Paris is a leading cultural player which offers a program highlighting artistic creation and crafts. On its two sites in Paris and Pessac, the Monnaie de Paris continue, with audacity and creativity, to uphold this heritage and these values.to continue writing the history of a millennial institution.

A Neoclassical edifice, the Hôtel de la Monnaie was designed by Jacques-Denis Antoine and built from 1767–1775 on the Left Bank of the Seine. The Monnaie was the first major civic monument undertaken by Antoine, yet shows a high level of ingenuity on the part of the architect. Today it is considered a key example of French Neoclassicism in pre-Revolutionary Paris.

The building is typified by its heavy external rustication and severe decorative treatment. It boasts one of the longest façades on the Seine; its appearance has been likened to the Italian palazzo tradition. The building, which housed mint workshops, administrative rooms, and residential quarters, wraps around a large interior courtyard. It remains open to the public and includes a numismatics museum, located within what was once the main foundry.

In 1973, the mint relocated its primary production to a facility in Pessac, the Pessac (Gironde) factory has been manufacturing these parts, from blank cutting to final packaging. Artistic pieces are still produced at its historic Quai de Conti manufacture. Monnaie de Paris also manufactures collectible coins, in gold and silver, whose programs are validated each year by the State. It is the historical factory of official decorations and great orders, such as the Legion of Honor or the National Order of Merit. 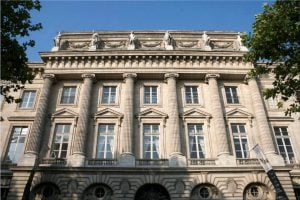 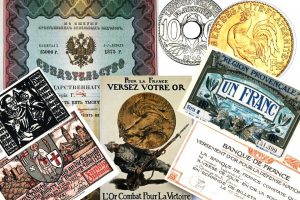 Today the original facility in Paris, while still operational, functions primarily as a museum and is home to a collection of many ancient coins. Monnaie de Paris is the national monetary institution of France. Public establishment of an industrial and commercial nature since 2007, it exercises in particular the sovereign mission of manufacturing the French national currency. It carries out the public service mission of minting current euros for France and also produces foreign currencies.

The establishment also maintains the architectural heritage of the Hôtel de la Monnaie and the management of the Musée de la Monnaie de Paris, which offers exhibitions and events related to the creation and excellent know-how of the institution: artistic exhibitions, crafts and crafts, fashion, cultural and creative industries, new technologies. Monnaie de Paris has been able to reinvent itself around multiple activities to enhance its high-level industrial competence and know-how. It is today a place of creation, discovery and a cultural place with an ambitious program intended for all generations.

History
Monnaie de Paris is the oldest institution in France and one of the oldest companies in the world. It was in 864, with the promulgation of the Edict of Pîtres, that Charles II – known as the Bald – decided to create a Parisian mint attached to the Crown, in addition to eight other mints in the provinces. The only workshop in France to produce without interruption since its creation, the Parisian workshop will impose itself during the Ancien Régime as the first in the kingdom.

With this edict promulgated in Pîtres (Eure) – and all those that will follow during the Middle Ages – the King intends to concentrate in his hands the power to mint coins, long shared with the many lords, barons and ecclesiastics of the provinces. In the dynamics of the unification of the country, the kings, Carolingians then Capetians, made the minting (manufacturing) and issuing (putting into circulation) of money a sovereign power. For technical reasons – coins being struck by hand, using a hammer – and until the dawn of the 19th century, many towns struck coins for the King of France. It was about the proper distribution of the money necessary for the smooth running of the economy.

The number of workshops then varies for several centuries. currency crises, the needs of the King and the territorial annexations to the Crown cause their number to fluctuate regularly. It was not until the reign of Louis XIV at the very end of the 17th century that the coins minted from one end of the kingdom to the other were identical; the technical revolution of striking with a pendulum (more rigorous but also safer) having made it possible to optimize monetary production. In 1691, twenty-seven coin-making workshops dotted the territory. Their number gradually decreased and in 1870, only three remained: Bordeaux, Paris and Strasbourg.

Since 1878, only the Monnaie de Paris remains active. The only workshop in France to produce without interruption since its creation, the Parisian workshop will impose itself during the Ancien Régime as the first workshop in the kingdom.

Created in 1833 by Jean-Baptiste Henry Collin de Sussy, the museum of Paris Mint was inaugurated by Louis- Philippe I on November 8, 1833. His curator was Fernand Mazerolle (1868-1941).

A new museography is presented from 1991, designed by Katherine Gruel, for the Antique part, Jean Belaubre, for the medieval part and Bruno Collin for the modern and contemporary parts. It closed onJuly 31, 2010, with a works project for a period of two years.

After years of reflection,the Musée de la Monnaie de Paris is reopening the September 30, 2017. Labeled Museum of France, the Monnaie de Paris also has the mission of managing and managing reserves, inventory, verification, restoration, scientific studies, collaborations with other institutions.

With nearly 1800 objects presented on 1200 m², the new museum exhibits in an interactive and playful scenography highlighting the know-how of the last factory in Paris. Also on display are some of the key pieces from the collection of the Monnaie de Paris, such as an antique gold creseid, the gold crown of Philip VI (Capetian coinage), a 10 louis d’or coin, a standard meter in platinum, agolden ōban, a collection of Akan weights, the treasure of Hué, etc.

The 11 Conti Museum
The museum of 11 Conti is a museum dedicated to the know-how of the Monnaie de Paris, located in the hotel de la Monnaie, 11 quai de Conti in Paris.. It presents direct views on some workshops of the last factory in Paris, the manufacturing techniques and the metals used, the equipment used to manufacture it. The museum is very interactive with visitors.

A unique place of sensory experiences around metal, designed for everyone, highlighting our heritage and our know-how. The Monnaie de Paris site combines a museum and a factory. It offers a unique experience combining both showrooms and views of certain workshops of the manufacture. A real sensory journey, it presents the know-how of Monnaie de Paris and its heritage. Thought in a universal design approach, the museum is for everyone and invites you to be an actor of the experience to understand the backstage of this temple of money and craftsmanship.

The course addresses different disciplines (art, science and technology, history of peoples, taste and economy, archeology and sociology) to express the richness and diversity of the collections of the Monnaie de Paris, and highlight women, the men and professions that guarantee the quality of production.

See, touch, listen, smell… Explore the themes of the museum using your senses. The museum offers a real encounter with our craftsmen through portraits, testimonials and interviews with experts and direct views of some of the workshops of the manufacture. Immerse yourself in the atmospheres of the latter thanks to olfactory devices, watch the preparation and casting of cast iron in the Foundry, visible from the museum and enjoy engraving demonstrations which take place regularly at the heart of the route.

Instructional videos detail the manufacturing process, while interactive devices let you experiment with minting techniques and playfully explore collections through games. The most curious can discover “The Numiscope”, an augmented reality device.

Collections
The museum has a wealth of nearly 200,000 objects, the inventory of which is in progress. Nearly 70,000 medals, 40,000 coins, 18,000 paper coins, 5,000 tools make up the bulk of the collection. The rest is made up of scientific and metrological objects, works of art, tables and plans.

Most of the historical archives, 13,020 printed volumes, 98,400 publications, 1,454 handwritten volumes, 18,227 files in bundles which made up the institution’s collection, were transferred to the Economic and Financial Archives service of the Ministry of Finance for preventive conservation reasons.

Exhibition
The visitor is welcomed by a view of the art foundry workshop. A first room presents the raw materials used from antiquity to the present day in the monetary, medalistic and metrological fields. The platinum standard meter and its counterpart, the standard kilogram, are thus, for the first time, presented together to the public. Platinum, gold, silver, but also iron, zinc, tin, nickel are presented through historical objects and ores.

The ores on display are an echo of the Testing Laboratory installed since the inauguration of the Hôtel des Monnaies du Quai Conti in 1775. They were studied there from 1783 in the Royal School of Mines, established when it was created in the Salon d’honneur of the hotel by the chemist Balthazar Georges Sage. Even today a laboratory studies metals to develop new alloys and fight against counterfeiting. An interactive periodic table of the elements is presented there, to underline the preponderant role of physics and chemistry in the manufacture of metallic money as fiduciary money.

The manufacture of coins, medals, cast iron and jewelery are explained in the next room (which in the 20th century housed the hall of the rolling mills). Engraving is explained in all its aspects, ancient and modern: direct carving, modelling, reduction, electro-erosion, computer-assisted design, laser engraving. Engraving demonstrations are held three times a week. Minting is then explained, from the so-called “hammer” era to the “press” era, including the emblematic pendulum period, of which several examples from the 18th and 19th centuries are presented. Hammer monetary dies, hallmarks of the18th century and two 10 louis d’or coins are exhibited in this room.

On the lower level, in the former hall of the Grand Monnayage, is exhibited an allegory of Fortune, restored for the reopening of the museum. The manufacture of French current coins and the fight against counterfeiting is presented in these rooms. A magnificent view of the factory installed in the Grand Monnayage is offered to visitors.

The functions and uses of money are discussed in the following rooms: sovereign objects, exchange, account, hoarding, etc. There are exhibited traditional currencies: loincloths, cowries, tea bricks, guinzés, mitako (copper bars), etc. A device, the Numiscope, makes it possible to discover in augmented reality the secrets of emblematic coins of History.

A room is devoted to numismatics. Then comes a room of treasures where those of rue Mouffetard (Paris) and Hué (Vietnam) are explained. Exceptional objects are also part of the collections, such as the Vénus au violoncelle in solid gold by Arman, the Ultime franc by Philippe Starck. They are exhibited in the last room dedicated to craftsmen and artists who collaborate with the Monnaie de Paris. Portraits of craftsmen and details of the techniques used to manufacture cast iron, decorations and medals complete this section.