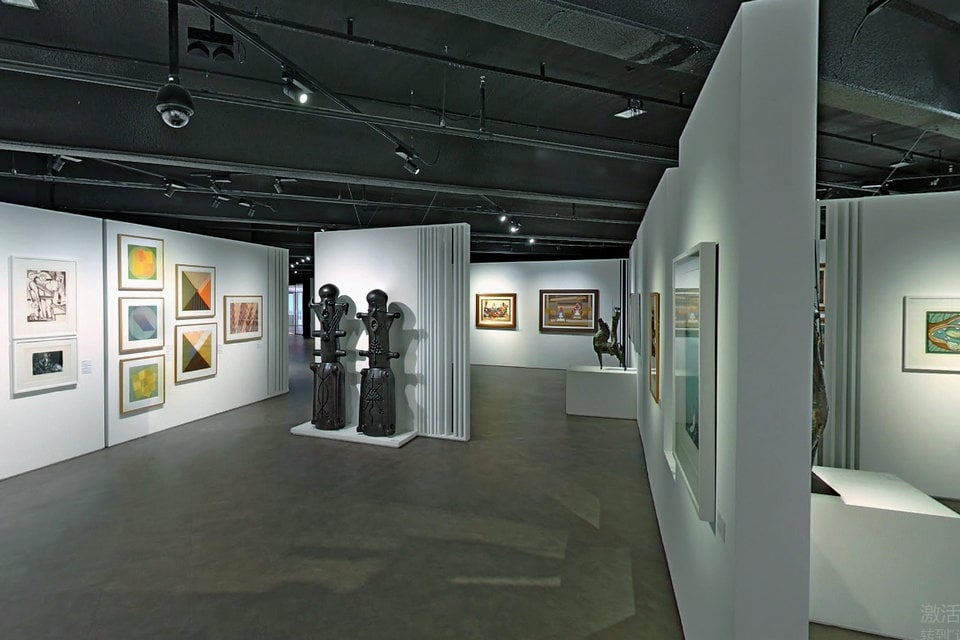 Collections of Brazil: History, Culture and Citizenship, Bank of Brazil Museum in Brasili

Bank of Brazil Museum in Brasilia the history of the country through a collection acquired throughout its history. Located in the Tancredo Neves building, in Brasília, one of the most imposing works by architect Oscar Niemeyer, where the CCBB is located. The project was launched with the exhibition “Collections of Brazil: history, culture and citizenship”, which aims to reflect on the economic, social and cultural history of Brazil.

Founded in 1808, Banco do Brasil is one of the most important institutions in the country and, over the years, acquired a diverse collection. Much of it is linked to the exercise of banking activities, such as documents of historical value, bank notes, coins, equipment, objects and furniture, in addition to pieces of decorative arts, paintings, prints and sculptures by important names in the visual arts.

The space of more than 6 thousand m² presents historical moments and the consequences of the facts for Brazilians, in addition to translating the development of the bank as an institution for all. Preserving and sharing the memory of Banco do Brasil, as well as all other memories that are on the institution’s border, contributing to the understanding of the history of Brazil and its people.

When creating the Museum, Banco do Brasil puts into practice another initiative that contributes to the cultural formation of the visiting public, as is already the case with the CCBBs. The entire selected collection, together with the narrative of events that marked the history of the Bank and the Country, was made available by the Institution for visitation by the general public, including children served by the Educational Program developed at the Cultural Centers.

The Exhibition
Based on the identification of the items, a proposal was made to classify the pieces, following criteria of artistic and historical relevance. The collection will be distributed thematically, divided into two modules: History; and Culture and Citizenship. It is a space that will be in permanent construction, just like Brazilian society.

The first module, “History”,
Focuses on the bank’s documents and history, bringing videos with testimonials from state employees, period furniture, old phones, a timeline and a large installation made with work cards – with photos of former employees

From the first coins produced in the early 19th century to the current universe of online transactions, the History module brings a collection that has a collection of pieces related to the activity on the Bank’s premises: numismatics, documents, objects, plans and architectural drawings, rare books and furniture. There is also an installation – BB Communities – in honor of everyone who made and makes Banco do Brasil. The institution currently has 109 thousand employees.

The second module, “Culture and Citizenship”
Aims to expose the institution’s artistic collection. Paintings, prints and sculptures made by Brazilians were distributed in a modern and bold design room. There are great names of modern national art, such as Candido Portinari, Di Cavalcanti, Tomie Ohtake, Athos Bulcão, Djanira, Burle Marx and Fayga Ostrower.

The Culture and Citizenship module explores how Banco do Brasil is part of the cultural formation of Brazilian society and presents its national art collection to the public. The institution’s investment in culture is old and marked by the creation in Rio de Janeiro of the Banco do Brasil Cultural Center in 1989, followed after the spaces of the same name in Brasília, São Paulo and Belo Horizonte. It is, therefore, more than 25 years of incentive to the cultural development of the country with national and international exhibitions, shows, debates, cinema sessions and other activities. Uniforms and other sports pieces alluding to the sports and athletes already sponsored by Banco do Brasil will also be exposed in this module.

The module consists of 76 works, mainly paintings and prints, in addition to sculptures. Works by names such as Di Cavalcanti, Carlos Scliar, Tomie Ohtake, Athos Bulcão, Burle Marx and Miguel dos Santos are present in this space.

Highlights
The Museu Banco do Brasil starts out with the mission of promoting the solid institutional history of the Bank, which is the oldest in the country, and displaying the role it has played in the cultural, social and economic history of Brazil.

There are paintings by artists linked to modernism in Brazil, such as Alfredo Volpi and Di Cavalcanti. From the middle of the century, the show features Carlos Scliar, Aldemir Martins, Djanira, Arcangelo Ianelli, Wega Nery and Darel Valença Lins.

Rubem Valentim is represented with a wooden relief that participated in the 1st International Constructivist Art Biennial in Nuremberg, Germany, in 1969. From the 1970s onwards, the exhibition presents abstract geometric works by Abelardo Zaluar and Dionísio del Santo. Manabu Mabe, Tomie Ohtake, Kazuo Wakabayashi and Tikashi Fukushima represent lyrical abstractionism. There are also works by Athos Bulcão and Burle Marx, symbols of architecture linked to the country’s modernization project in the second half of the 20th century. Also worthy of mention is the nucleus of prints with names like Fayga Ostrower, Marcelo Grassmann, Maria Bonomi, Edith Behring, Renina Katz, Anna Letycia, Marília Rodrigues and Francisco Brennand.

The Pier (1987)
by Carybé
It serves to realize the potential of the collections, helping to promote a sense of collective ownership.

Untitled (1973)
by Emiliano Di Cavalcanti
In the case of the visual arts collection policy, the institution has the potential to move in various directions.

Untitled (1963)
by Emiliano Di Cavalcanti
Its aim is to acknowledge the public nature of the historical, cultural and artistic heritage belonging to the Bank and share it with the rest of society.

Woman with Cat (1973)
by Emiliano Di Cavalcanti
There are works by Brazilian modernist artists from the first half of the 20th century, such as Alfredo Volpi, Bruno Giorgi, Candido Portinari, Di Cavalcanti, Guignard, and others.

Untitled (1998)
by Siron Franco
In addition to presenting a selection of works in its first long-term exhibition, the museum may also develop educational activities and mediation for various audiences, bringing the collection to life.

Landscape XXII (1977)
by Carlos Scliar
The artists most well represented in the collection are those from the mid 20th century, including Carlos Scliar, Aldemir Martins, Djanira and others.

Reading space
In addition to the two modules, the museum has a reading space, in which CCBB’s temporary exhibition catalogs will be made available; an area dedicated to sports, in which T-shirts signed by female and male volleyball athletes are exhibited, in addition to a jumpsuit by the Brazilian motorist Felipe Nasr, and an educational space, aimed at children’s activities.

The catalog of bank’s historical and artistic heritage. In all, 1,100 works of art made by 727 artists, 35,000 historical items (coins, banknotes and objects related to banking activities), 16,000 book titles, 20,000 photographs and 5,000 documents of historical value (minutes of meeting, newspaper clippings, architectural plans, etc.).

The unit of the federal capital was inaugurated on 12 of October of 2000, running in the SCES (Sector South Sports Clubs), the Tancredo Neves Building, designed by Oscar Niemeyer to house the BB education.

Centro Cultural Banco do Brasil Brasília is located in the Tancredo Neves Building, a project by Oscar Niemeyer. Starting in late 1990, part of the building was remodeled to host CCBB Brasília, aiming to insert the capital of the country in the international circuit of great events and cultural productions. With a landscape project designed by Alba Rabelo Cunha, the harmonious two-floor architectural complex rests on stills and is divided in modules; the CCBB occupies part of the main building.

Inaugurated on October 12, 2000, CCBB Brasília is the third most visited cultural museum/center in Brazil and the 59th in the world, according to the ranking by the English publication The Art Newspaper (April/2017). The building has a constructed area of approximately 20,551 m2. The CCBB occupies 7,000 m2 of this total, in addition to the 23,940 m2 outdoor area (gardens and parking), with diferent spaces for various cultural attractions, such as music, theater, cinema, and exhibitons.