The Barcelona Botanical Garden is a botanical garden opened in 1999, located on the mountain of Montjuïc in Barcelona in the space between the Stadium of Montjuic, the Castell de Montjuïc and Montjuïc Cemetery. Since 2003 the garden is home to the Botanical Institute of Barcelona, which is currently a joint center of the Higher Council for Scientific Research (CSIC) and the City Council of Barcelona.

The garden has an area of 14 hectares on a land with a steep slope between the heights of 100 and 140 meters, and has a shape similar to a large amphitheater facing northwest. It has good views over the Llobregat Delta and the Olympic Ring, with the Garraf massif and the Collserola and Marina ranges as a background. He is a member of the Museum of Natural Sciences of Barcelona and is a member of the Botanic Gardens Conservation International. 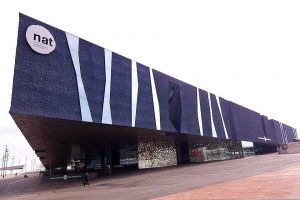 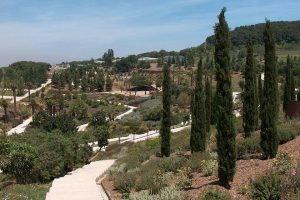 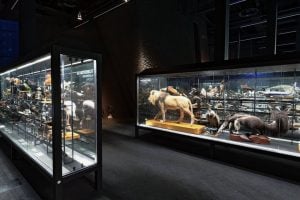 Overview
Located on a gentle slope in the Montjuïc Park, the Barcelona Botanical Garden offers visitors a different walk in each season of the year, through the vegetation of the five regions of the world with a Mediterranean climate.

The function of the Garden is to preserve and publicize collections of Mediterranean plants from around the world. Its main objectives include the conservation and documentation of the natural heritage of Catalonia, act as a diffusing element of botanical and naturalistic culture, and promote knowledge and respect for nature.

The Botanical Garden has a close relationship with the Botanical Institute of Barcelona (IBB), a mixed center (Barcelona City Council – CSIC) dedicated to botanical research and of consolidated prestige, which has an important library and one of the herbarium. largest in Catalonia. The IBB is located in the Montjuïc Park itself, at the top of the Botanical Gardens.

History
The first botanical garden in Barcelona, dating to the end of the 16th century, was located in the Estudi General de capuchins in Plaça Reial. The first with a scientific vocation was the botanical garden of Sant Joan Despí, created at the end of the 17th century by Jaume Salvador i Pedrol. The Salvador family was a well-known lineage of Catalan botanists (17th to 19th centuries). His collections are on display at the Institut Botànic de Barcelona.

In 1930 Pius Font i Quer created the Historical Botanical Garden in the quarry of La Foixarda de Montjuïc. This garden was opened on July 17, 1941. It was damaged by the construction of accesses for the new Olympic facilities and in 1986 it was closed due to problems with the stability of the walls. It was reopened to the public in October 2003.

The closure of the Historical Botanic Gardens, which took place in 1986, favored the proposal to build a new botanical garden in Barcelona, which also housed a new building for the Botanical Institute and its collections, which could be converted It is a benchmark center for the conservation of Mediterranean flora. The works began in 1991 and a European Union grant allowed them to be completed. The new garden was opened on April 18, 1999. Since 2000 it has been managed by the Association of Municipalities of the Metropolitan Area of Barcelona.

Architectural
The new Botanic Gardens of Barcelona have meant a major improvement in an area of the Montjuïc mountain that had been forgotten and marginalized for quite some time. On the grounds it occupies a shantytown called Can Valero and later a garbage dump.

The Garden was designed by the architects Carles Ferrater and Josep Lluís Canosa, the landscape architect Bet Figueras, the biologist Joan Pedrola and the horticulturist Artur Bossy. It was built in such a way that the plantations followed a geographical arrangement, with the plants grouped according to the five Mediterranean regions in the world. Within each region, plants are grouped by ecological affinities. In addition, it was designed using natural relief to create roads, avoiding excessive dirt movements.

Collections
The collections are focused on plants from Mediterranean regions around the world, this is a vegetation linked to the Mediterranean climate characterized by a long dry summer, mild winters and rain in the spring and fall. This climate is only found on 5% of the earth’s surface but in 5 regions of the world in which the plants had a specific adaptive evolution that nevertheless gives quite similar landscapes, for which the plants are distributed grouped, according to the five Mediterranean regions of the world.

The trails allow us to access from area to area, starting with the Canary Islands located at the entrance and going up to the western Mediterranean recognizable by the outstanding botanical institute.

In the Northern Hemisphere, the area with the highest representation is the Mediterranean Basin. Following the visit route, you can access the California coast with a Mediterranean climate.

Top collections
The collections are dedicated to plants from the Mediterranean regions around the world, with a Mediterranean climate characterized by a long dry summer, mild winters and rains in spring and autumn. This climate is in 5% of the Earth surface, in five regions. The paths allow access to the areas, starting with the Canary Islands located at the entrance and rising to the western Mediterranean.

Canary Islands
Under the palm trees is a representation of Euphorbia and Echium.

South Africa
Its vegetation is represented by trees such as acacia and erythrina, and especially by flowers and plants such as gazania.

Chile
It shows plants of dry coastal shores with predominance of Puya (Bromeliad) and of Cactus Echinopsis pachanoi.

California
Forest formations are varied with redwoods, American pines, cypresses and oaks, while Tapioca and Atzavares colonize the semi-arid spaces.

Western Mediterranean
Characterized by the chaparral dominated by aromatic, compound and lamacea plants.

North Africa
The area represents the forests of the Atlas with its cedar Cedrus Atlantica, Argania spinosa and some lamiaceae.

Barcelona Botanical Institute (IBB-CSIC)
The Barcelona Botanical Institute (IBB-CSIC) was founded in 1934. Since 1942 it has been a mixed center formed by the Higher Council for Scientific Research and the [Barcelona City Council]], when the CSIC created a position as a titular scientist occupied by Pius Font i Quer, its founder. It remained in a building on Avda. Dels Montanyans, near the Art Museum of Catalonia and the Historical Botanical Garden of Barcelona. In 2003 he moved to a modern building located on top of the JBB.

The IBB-CSIC is specialized in the studies of the Mediterranean flora.
Its library was created in 1916.
The BC herbarium consists of three sections

The El Salvador museum or cabinet of natural history donated to the botanical institute in 1938 and which involves a library, an important pre-Linear herbarium and collections of minerals and fossils.

The Museum of Natural Sciences of Barcelona is an institution with more than 140 years of history that conserves a heritage of more than three million units in the fields of mineralogy, petrology, paleontology, zoology and botany.

This collection has been enriched year after year by specimens obtained through private donations, agreements with the Zoo and Natural Parks of Catalonia, and also by the Museum itself.

The Museum’s mission is aligned with the Buffon Declaration, agreed in 2007 by 93 natural history institutions (museums, research institutes, botanical gardens, zoos…) in 36 countries and on all continents, which states that the Science is vital for the sustainable management of biodiversity and ecosystems and, through it, for the survival of the human population on this planet.