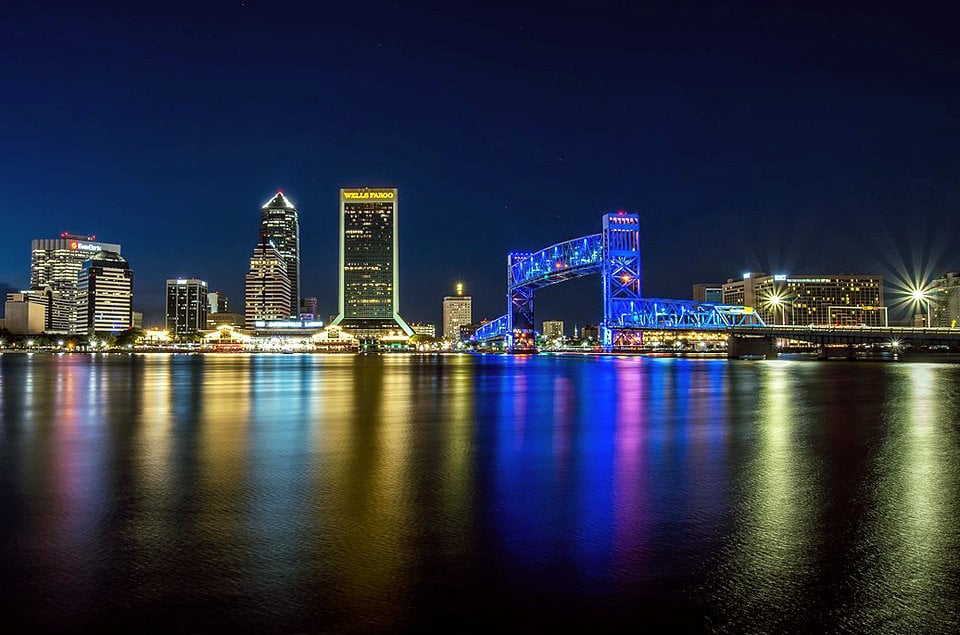 The architecture of Jacksonville is a combination of historic and modern styles reflecting the city’s early position as a regional center of business. According to the National Trust for Historic Preservation, there are more buildings built before 1967 in Jacksonville than any other city in Florida, but it is also important to note that few structures in the city center predate the Great Fire of 1901. Numerous buildings in the city have held state height records, dating as far back as 1902, and last holding a record in 1981.

Prominent architects
Contributing heavily during the reconstruction period following the Great Fire of 1901, a young New York architect named Henry John Klutho would come to influence generations of local designers. Klutho’s works exhibit elements influenced by both the Chicago School, championed by Louis Sullivan, and the Prairie School of architecture, popularized by Frank Lloyd Wright. As a result, Jacksonville has one of the largest collections of Prairie Style buildings outside the Midwest.

By the 1950s, modernist design principles would permeate throughout the United States, transforming the rapidly growing State of Florida. During this period, local architects Robert C. Broward, Taylor Hardwick, and William Morgan adapted a range of design principles, including International style, Brutalism, Futurism and Organicism, all applied with an American interpretation generally referred to today as Mid-century modern design. The architecture firms of Reynolds, Smith & Hills (RS&H) and Kemp, Bunch & Jackson (KBJ) have also contributed a number of important works to the city’s modern architectural movement. In particular, KBJ has designed more buildings in the contemporary skyline of Jacksonville than any other architectural firm. Of the 30 tallest buildings in the city, 17 are associated with KBJ. With the notable exception of works by Robert A.M. Stern Architects, Welton Becket, Paul Rudolph, and Helmut Jahn, many of Jacksonville’s modern landmarks were designed locally.

Houses
Few structures survive from the earliest period of Jacksonville’s history, though there are a handful of notable exceptions. Built in 1797, Kingsley Plantation is the oldest surviving structure in the city and is currently maintained by the National Park Service as part of the Timucuan Ecological and Historic Preserve. Located on Fort George Island, the plantation is a unique two-story house that resembles 17th century British gentry homes. The Red Bank Plantation House is a Georgian Revival style structure built in 1854. Marabanong Mansion is a Queen Anne style home built in 1876. Napoleon Bonaparte Broward House, built in 1878, and the Merrill House, built in 1886, are two examples of Victorian style homes in Jacksonville.

The Great Fire of 1901 consumed much of central Jacksonville, leaving thousands homeless, and simultaneously sparked a significant period of growth lasting up until the end of the Florida Land Boom. Springfield, Riverside, Avondale, Eastside, Oakland and Fairfield had been platted and annexed into the city prior to the fire, and experienced much of the related growth after the disaster. Architect Henry John Klutho would become a popular figure in the reconstruction of Jacksonville, contributing his designs to many of the new structures, including dwellings. Built in 1902, The Thomas V. Porter House is a Classical Revival and Colonial Revival style mansion designed by Klutho. He is better known for his works in the Prairie School style of architecture. His own home, Henry John Klutho House, is a prime example. The architecture firm of Marsh & Saxelbye would also establish itself during this period of growth. In 1925, the firm designed the Tudor Revival style Lane-Towers House. More famously, Epping Forest, completed in 1927, is a Spanish Colonial Revival style mansion designed by Marsh & Saxelbye.

Following World War II, suburbs rapidly developed throughout the United States, due in large part to the rise of personal automobile ownership. Following the opening of the Mathews Bridge, Arlington would become the most important of these developments locally. This period would also coincided with the popularization of Modern design in architecture. Designed by Robert C. Broward, the Butterfly House was completed in 1957 in the Arlington neighborhood. Its design elements, including the butterfly wing shaped roof, are sometime more broadly categorized today as Mid-century modern design. The Jacksonville Beaches also host a number of modern homes built during this period. Famed architect Paul Rudolph designed the iconic Milam House in 1961. William Morgan designed the Williamson House in 1966, and his own home, Morgan House, in 1974. Both located on the beach.

Museums
Jacksonville is home to a variety of museums of varied styles. Completed in 1921, the Karpeles Manuscript Library Museum is a Classical Revival building originally constructed for the Church of Christian Scientist. It was designed by the local architecture firm Marsh & Saxelbye. Also designed by Marsh & Saxelbye, the Museum of Contemporary Art Jacksonville was originally built in 1931 for the Western Union Telegraph Company, and stands as one of Jacksonville’s best examples of Art Deco in architecture. Another example of Art Deco is the Cummer Museum of Art and Gardens. Completed in 1961, the fine arts museum was designed by Saxelby & Powell. Constructed in 1965, the Jacksonville Art Museum was predecesor of what is now the Museum of Contemporary Art Jacksonville. Designed by Taylor Hardwick, the building is located in the Midtown Centre office complex. Originally built in 1969 as the Jacksonville Children’s Museum, William Morgan’s Brutalist designed museum currently houses the Museum of Science and History.

Entertainment venues
The city host a number of music and performance venues, most notably the Florida Theatre. Designed by local architect Roy A. Benjamin, the Mediterranean Revival style theater opened in 1927. Benjamin designed a number of other local venues, including the Renaissance Revival style Riverside Theatre in 1927 and the Art Deco style San Marco Theatre in 1939. Designed by Jefferson Davis Powell in 1929, the Ritz Theatre is another local example of Art Deco architecture in Jacksonville entertainment venues. The Mid-century modern Jacksonville Coliseum was built in 1960 and designed by A. Eugene Cellar and George Ryad Fisher. Demolished in 2003, the building exhibited what is now coined as Googie architecture. Built in the International Style in 1962, the Times-Union Center for the Performing Arts is one of many examples of buildings designed locally by the firm of Kemp, Bunch & Jackson. The newest addition to the local entertainment venue stock is the Populous designed Daily’s Place. Completed in 2017, the venue is attached to the southern edge of Everbank Field.

Tags: Architecture in the United States