The exhibition features the Pere Permanyer Collection, held at the mNACTEC, a true Montesa Museum, which stands out for having models of every variant produced by the make. “Viva Montesa” offers a journey through the history of the Catalan brand courtesy of 67 motorcycles, three bicycles and two engines.

These vehicles, accompanied by emblematic videos and images, have the task of explaining the history of Montesa from its origins back in 1945, highlighting a number of the most significant social and sporting periods of the era, such as Operation Impala, Operation Crono, the Montjuïc 24-Hour, the factory relocations prompted by the company’s growth, global exports, advertisements and press reports, all the way up to the founding of the company Montesa-Honda S.A., in 1986. Montesa remains today a byword in the world of motorcycling, and is still a leading player in trial bike competitions. 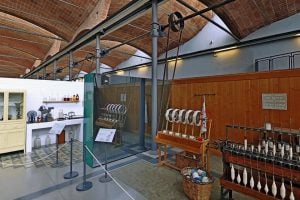 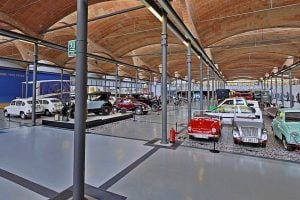 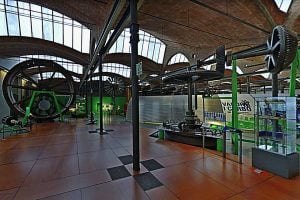 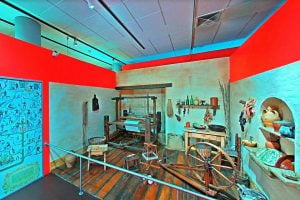 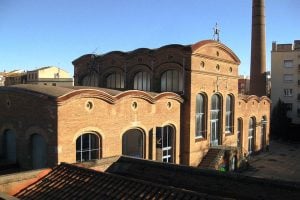 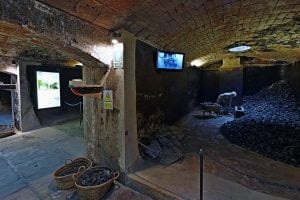 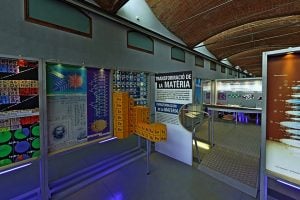 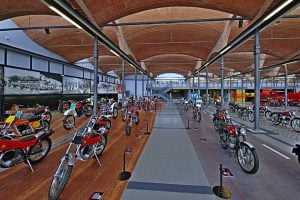 The origins of the collection: the brand Montesa
In 1944, with the forecast standardization in the supply of fuel to the post-war Spain, Pere Permanyer autogasógenos moved his business to larger premises in Corcega street in Barcelona with forecast undertake a project for the manufacture of engines for motorcycles. It is the seat of Corcega Street where finally, not only will become engines, but also entire motorcycles, the new It called Montesa brand and its first design would have the basis of a Motobecane motorcycle manufactured in France. This model in three different versions was presented at the Barcelona Trade Fair 1945. Two years later, Permanyer gasifier liquidate their company and will be formalized “Permanyer SA de Indusgtrias Mecánicas” Society, 89% owned by Pere Permanyer and 11% by Francesc X. Bultó, for the manufacture of motorcycles under the new brand Montesa.

Motorcycles road
Growth in demand motorcycles and a new capital increase allow the transfer of Montesa factory to new premises in the street of Pamplona, in Poble Nou Barcelona. Soon Montesa becomes the first brand Spanish motorcycles to have a presence throughout the state. His models will become more commonplace on the roads throughout the country.

The trial
The mode of trial, born in Britain, was virtually unknown in Spain in 1964 when the International Federation Motorcycling decides to promote it through a workshop in Grenoble between the various national federations. Montesa selected for the pilot Pere Pi participate. And unknowingly they put the foundations for a future online production of the company. This new specialty motorcycling became a great source of success for Montesa, and allowed to get some of their major sporting milestones together with the sale of more than 80,000 motorcycles.

Motocross and off-road
The global energy crisis seventies confirmed the start of a recession in the sale of motorcycles road with two-stroke engines. The introduction of automobiles increasingly more competitive economically nor favored the sale of motorcycles. In these difficult years Montesa found survival in the manufacture of models the sports-oriented off-road and on the market mopeds and scooters.

Miscellany
Apart from business and competition models, Pere Permanyer collection includes prototypes that never were produced in series and other products that also made Montesa. The value of these pieces lies in the information they give us on the strategic decisions taken by the brand throughout its history, its entrepreneurial vision and the struggle to diversify the market.

motorcycle Montesa D-51 (1951 – 1952)
The next model D-51 includes major improvements such as telescopic fork, brakes, alloy plate instead of a new fuel tank and the characteristic red color of the brand.

motorcycle Montesa Brio 90 (1953 – 1956)
With Brio model Montesa starts using red color that will be characteristic of the brand. The Brío 90 changes the position of the carburetor behind the cylinder and leave the archaic lateral position of the previous models.

The growth in demand for motorcycles and a new capital increase allow Montesa factory relocation to new premises located in the Pamplona street of Poblenou.

Francis X. Bultó on an A-45. (1945)
During the early years, the design of the motorcycles was linked to the concept of motorcycling of Francesc X. Bultó: sports competition and speed.

motorcycle Montesa Microscooter (1963 – 1973)
This Micro Scooter riding Laverda 4-stroke engine, had a very modern design for its time and was in production for 10 years until 1973.

motorcycle Montesa Impala 175 (1962 – 1971)
The Montesa Impala, the flagship brand model, is introduced into the market in 1962. The engine designed by Leopoldo Mila did not base any of the above projects Montesa, was the first to have crankshaft and change in a single housing.

Motorcycle Impala “Lucharniega” (1962)
It is one of three prototypes Impala motorcycle model who made the journey through Africa in 1962.

motorcycle Montesa Cota 247 (1974)
The Cota 247 model marked a before and after in the development of trial bikes of the brand Montesa.

motorcycle Montesa Cota 349 (1980)
With this motorcycle, model Cota 349, Ulf Karlson won the first World Championship Trials for the brand in 1980.

motorcycle Montesa Fura (1958)
Montesa Fura projected in 1958, of which only two prototypes were built.

The National Museum of Science and Technology of Catalonia is the product of the rich and lengthy heritage of scientific and technical innovation and knowledge, and the industrial application of this, as developed in this country over the centuries. Although the plans for a museum dedicated to the dissemination of scientific and technical knowledge, vocational development in these two fields and the preservation of the most substantial material records of the technical creativity of humanity, and the most significant objects invented or manufactured in this country, originally dates back to the early 20th century, it was not until 1984 that they were to take shape in the form of this cultural and social landmark museum.

The mNACTEC and its Territorial Structure, closely linked to Catalan industrial society, as an element of national identity and focus, decentralised, innovative, regionally implemented and with the utmost social return and impact, has over the course of 35 years successfully positioned itself as an international flagship and model presenting the uniqueness, specificity and social impact of scientific, technical and industrial culture in Catalonia. Despite the economic difficulties the country finds itself in, the mNACTEC maintains, consolidates and underpins the growth and expansion of this important museum, heritage, cultural and social project with new aims, greater expectations and an even greater dose of renewed enthusiast and interest.

We are in a moment of social change which is forcing us to focus all our efforts in the consolidation of the existing spaces, updating the Museum’s programming, planning new initiatives, ensuring access to a suitable structure, updating and expanding the museumological discourse of the Territorial System when applicable, and encouraging new projects providing incentives which further allow us to become a national museum of note in the new museumology of the 21st century. It should be a modern dynamic museum which must necessarily have major direct involvement in our contemporary society without forgetting its important role in the recovery, conservation and valorization of the scientific, technical and industrial heritage and culture of Catalonia without forgetting the power and drive of our people who, by making this heritage their own, transform the mNACTEC into a living project serving and promoting “the soul” of this society, reminds us where we came from, what we are and where we want to go.