Matrix: Mathematics: Longing for the Pure and Abyss is an exhibition about the mathematical attitude of contemporary artists living in a modernized mathematics society.

In this exhibition, ‘Matrix’ was used as the title of the exhibition to symbolize the modernized world of mathematics that is controlled by numbers and calculations (matrix and arithmetic) since modern times. Artists in modern society cannot be free from the numbers, which are the facets of the capitalist society and the unit elements that make up the whole. (Their rituals, as well as the price of the work, the number and size of the participating works, etc. are all related to the number.) The contemporary artists living today will see the exhibition as an introductory appreciation of the exhibition.. 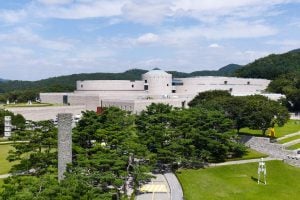 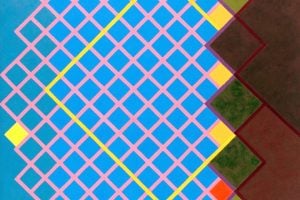 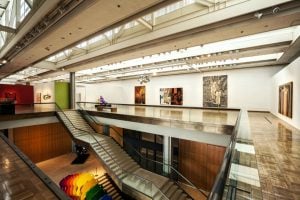 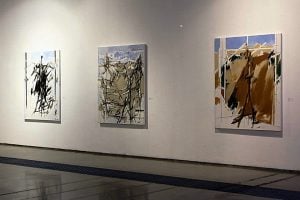 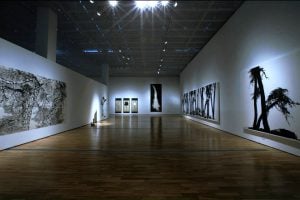 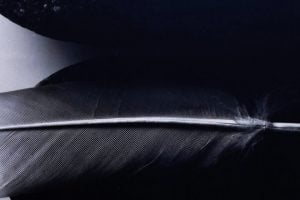 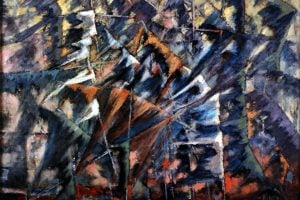 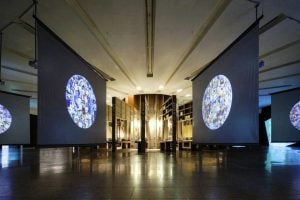 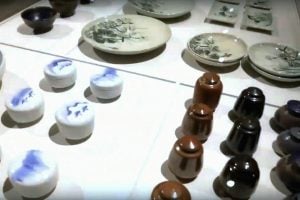 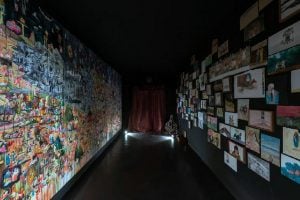 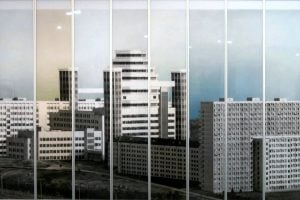 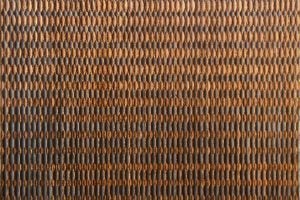 In addition, in 2014, International Congress of Mathematicians (International Congress of Mathematics) will be held for the first time in Korea. (2014.8.13-8.21) In commemoration of this competition, which will be attended by 5,000 mathematicians from 100 countries around the world, the exhibition will be held through cooperation and exchanges in mathematics.

Bernard Bne (France, 1941-), < Saturation with large curves >, 2008
Bernard Bne is a master of conceptual art and a contemporary sculptor who explores the essence of art behind images. For him, the tool to explore the essence of art is “math. ” < Saturated with a large curved > is his work consists of a set of complex mathematical symbols theoretical background (pre-understanding), we propose to give us a look at a pure plastic without. It is free from the rigors of theoretical consideration, it should have access by suggesting a new chapter in the abstract beyond geometric modeling.

Seulgi and Min (Choi Sungmin 1972-, Choi Seulgi 1977-), < Research Area for College Scholastic Ability Test, 1997 >, 2014
Seulgi and Min are graphic designer duo based in the cultural area. <1997 College Scholastic Ability Test numeracy year > is mathematics (education) is a tribute to the exams which implement the road up to the beauty. ’97 CSAT mathematics is the most difficult test ever in SAT, and is still notorious today. ” Hagieneun mathematics was a lack of sensitivity to choose art career,” the author of this little test questions likely to be solved themselves own ” wrong abstract method ” to study through.

Xavier Bayang (France, 1963-), < Standard meters (n ° 10/12, n ° 6/12), 2007 Xavier Baian, who inherited the modernist heritage while maintaining the grammar and vocabulary of traditional art, applies the theory of mathematics and modern physics to add advanced new technology to it. The 1- meter standard, now in use worldwide, was first established in France in the 18th century and was established by the French government, which required a unit of measure to unite several units of measure for active trading activities and spread around the world. The Standard Meter is a work that reinterprets the legacy of the past by incorporating the concept of metric into a minimal, concise form and sophisticated technology. In fact, it was carefully calculated and manufactured to the level of 1 micron. Casten Nikolai (Germany, 1965-), < Grid Index >, 2009, < Moiré Index >, 2010
Kasten Nikolai is a German electronic music musician and media artist. His work is based on a scientific reference system. In this display the artist visual phenomenon experienced when a sound or a media work – grid pattern (grid) mathematical pattern error, such as, random, such as self-organizing structure phenomenon – presents a kind of visualized prior exhaustive.

Q: ‘Mathematics: Longing for the Pure and Abyss’ is the subtitle that would he need ?
A: This exhibition symbolizes today’s mathematicalized world – matrix, which is dominated by numbers and calculations since modern times. But a mathematicalized world does not necessarily mean a computational world in a negative context. Completeness by the mathematician Gödel (completeness) broken two, determine the impossibility (Indeterminacy or Undecidability) beyond the mathematical sciences, law, even being incorporated in a variety of fields such as digital aesthetics, seeking the truth about the eternal immutable – “yearning for the pure ‘I think it has existed beyond this age.
Art is also present in our society, but the things that are not visible micheo, gekkeum overlook the things you do not see with new eyes Ventilate our consciousness. Thus, possible or impossible to determine the point calculation – “the abyss” says Heidegger (abyss, German abgrund) turn our eyes to the area – imagine a different kind of life makes. In other words, the planning intention is in the abyss.

Q: The work is somewhat difficult for the general public. Couldn’t you decorate it with a kinder display ?
A: Escher (1898-1972) or Mondrian (1872-1944), Marcel Duchamp (1887-1968) If you expect a geometric paintings and sculptures with mathematical allegory of the intellectual feels no pleasure when it came out probably know, the non-intuitive off You may feel uncomfortable coming from it. But ‘the exhibition is not a SAT and the work is not a problem to solve. – wisdom and Min ‘ sideorado feel it is somewhat inconvenient strange visual experience never seen without prior information, if you listen remembering the Mathematising the world their own experience, will be an exhibition where you can enjoy all its own.

In the past, there was a small schematic post, Joseon Paik, Kyujanggak, and Saganwon. After the Korean War, it was located in the center of politics and culture with historical origins where the Armed Forces Capital Hospital and Kimusa were located.

In addition, Seoul is surrounded by a courtyard, where the old Kimusa building and Jong-in’s parents are in harmony, andyou can see Mt.

Facing Gyeongbokgung Palace in the center of Korea’s city center, Seoul aims to open an art museum with the highest priority for communication with domestic and foreign visitors.

Please enjoy the enjoyment of culture and art at the National Museum of Contemporary Art, Seoul, an open art museum where anyone can easily enjoy contemporary contemporary art.