The museum’s collection of applied art, design and industrial design spans over a long period, from the 14th century to today. It consists of ca. 30,000 objects of which a third are ceramics and thereafter, in order of numbers, textiles, glass, precious and non-precious metals, furniture, books etc. 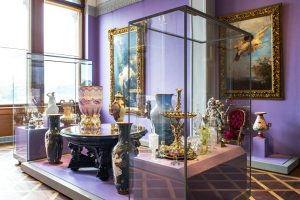 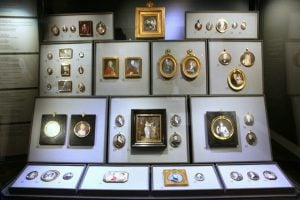 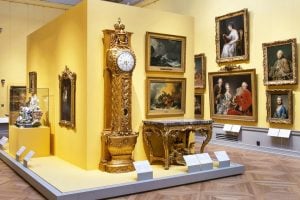 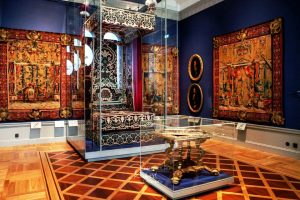 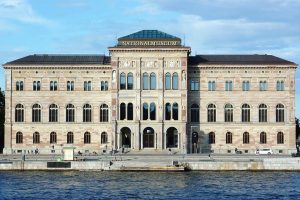 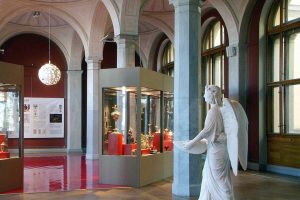 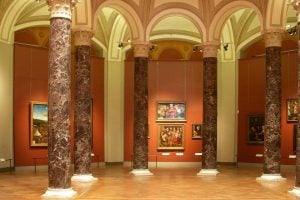 Form and artistic value are the basic criteria for museum acquisitions. Pieces from Sweden and the other Nordic countries are given priority, but even other countries are represented, especially those that have been significant for design development.

The Craft Collection
In the Royal Museum, the crafts were few and did not take up much space. In the plans for the National Museum building, therefore, the craftsmanship was not prepared very large space, which would soon prove to be a problem. By 1851, the Museum of Manufactures, now the Victoria & Albert Museum, had opened in London. As in the United Kingdom, the idea was introduced in Sweden that exhibited examples of ancient crafts would inspire and stimulate actors in the modern art industry, while such an exhibition naturally manifested the state of production and trade.

Votes were raised about the importance of a special handicraft museum, whereupon a committee in 1877 proposed that one should be built south of Hötorget, but the plans were never realized. About the same time, the museum received two large donations from King Karl XV (2,500 objects) and Axel Bielke (2,200 objects) respectively. In 1884, the Swedish Slaughter Society donated 2,700 items. For over a decade, the Craft Association had run an art industry museum under its own auspices but had to close down due to overly difficult economic conditions.

The donations can be considered as weighty submissions in the discussion about the need for a special handicraft museum and they would have an impact. Not enough to create a special museum, but well for the collection to become a separate department in 1885. After the Livrustkammar moved out and took over the Royal Library’s premises at the Royal Palace, the department of arts and crafts had two large, interconnected halls in the museum building’s mezzanine. Until the National Museum was renovated, beginning in 2013, the art collection was displayed on this wing, but in more rooms. The exhibition was divided into two periods, the first from about 1500 to 1750 and the second from the 1910s to the present. The older part of the collection, as shown in the exhibition, consists primarily of precious objects owned by royalty and other wealthy persons; examples of what is shown are the so-called Bielkesängen and the Alhambrava vase.

In the department The modern form 1900–2000, objects such as textiles, ceramics, silver, furniture, lighting fixtures, glass and porcelain and objects in industrial design were displayed. The “beautiful everyday goods” was exemplified by Wilhelm Kåge’s porcelain series Liljeblå from the Home Exhibition 1917 and Stig Lindberg’s refractory ceramics Terma from the 1955 Helsingborg exhibition. The department also featured a grand piano in design Sigurd Lewerentz from the Stockholm exhibition in 1930 and furniture by, among others, Mies van der Rohe, Yngve Ekström, Jonas Bohlin andGunilla Allard. Other items at the exhibition were e.g. Gösta Thames telephone Ericofon (called “Kobran”), A&E Design’s dish brush and queuing system and the 1991 Nobel service with porcelain Karin Björquist, glass and cutlery by Gunnar Cyrén and textile by Ingrid Dessau.

The museum’s activities also extend outside the building at Blasieholmen. For example, the National Museum belongs to the Swedish State’s portrait collection, which is on display at Gripsholm Castle. An extensive deposit business from the museum holds several authorities and institutions with art. In addition, items from the museum’s collections are displayed at a number of other museum institutions around the country. The superintendent and head of the National Museum is Susanna Pettersson and the number of employees is about 150.