Since ancient times in Japan, I love the flowers that color the seasons, I have poetry in poetry and expressed it as a design of paintings and crafts. Since entering the modern era, while inheriting the tradition of sophisticated flower bird painting and flower drawing, we are seeking new flower expressions incorporating a modern sense, creating unique and rich works.

The Yamato Museum of Art was in a place near the sakura sights / Chidorigafuchi. Every spring in the spring we have organized an exhibition with the theme of cherry blossoms and received a favorable reception. “Flower” is one of the most popular themes, and many voices have been asked to see the picture of cherry blossoms and flowers even after relocation. In response to this voice, we will hold a “Hundred Hana Russo” exhibition that fills the venue with paintings depicting the flowers of the four seasons as the first flower-themed project after relocation. 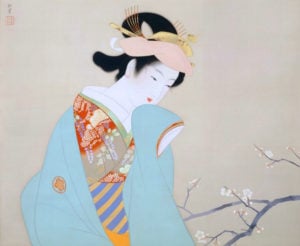 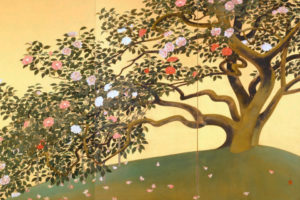 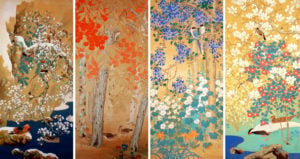 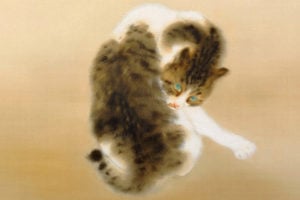 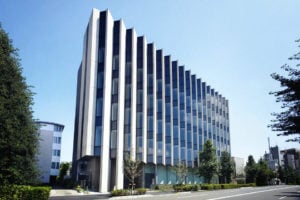 Cherry blossoms that are blooming and blooming, the scattered scattering flowers caught the hearts of people since ancient times and have been loved as flowers symbolizing Japan. In the old days, the appearance appears in the furniture and instruments of the nobility of the Heian era, and the cherry blossoms seen in the armor and armor of Kamakura period will eventually be favored as expressing the spirit of samurai. After that, the motif of cherry blossoms diversified in the Muromachi Period is incorporated into the folding screen and furnishings design since the Momoyama period, and it will be represented along with the figure of people who are enjoying cherry blossom viewing during the Genroku period. Cherry blossoms, which have been closely involved in Japanese life and history in this way, continue to be loved after the Meiji era and are attracting even more painters until the present age.

Mt. Fuji boasting the highest height in Japan was the object of faith since ancient times as a mountain pilgrimage to guard Japan. The appearance as a magnificent independent peak and the beauty of the surrounding landscape have been written in numerous poetry songs from the era of Manyoha and have created many artworks. In addition to Mt. Fuji that can be said to be a guide to the heart of the Japanese, cherry blossoms deeply involved with the aesthetic sense that leads also to Bushido and Yamato Mind, the cherry blossoms that have been loved and appreciated by Japanese people for a long time, and the “Peony of the Flower” Spring flowers add color to the exhibits.

In this exhibition, about 50 works will be exhibited, from painters in the late Edo period, including Sakai Hoichi, to mainly painting modern Japanese paintings, until the painter who was active even after Mr. Uemura Matsuura Heisei. “Daigo” of Okumura cow that draws cherry blossoms with its unique pale and soft color, “Peony” of Fukuda Heihachiro expressing a gloomy world by making full use of the back painting, Hisakichi Sakai where the crowning and decorative characteristic of Rimine style stand out “Kikuro-ko pochigraphy”, a beautiful moment of one branch condensed in color and shape, “Tsubakino-no-hana” in the Miyako Hayami, with the contests of flowers coloring each season of spring, summer, autumn and winter, painters I hope that you will fully appreciate the world of expressions full of ingenuity and ingenuity to bring to flowers.

In 1966 (Showa 41), under the philosophy of “Yamato Art Museum’s” I would like to contribute to society, especially culture, through art, we opened as the first museum specializing in Japanese painting nationwide. Since then, we have been working on collection, research, publication and dissemination around modern and contemporary Japanese paintings for about half a century until today.

Japanese painting is an art using natural materials such as rock paint and Japanese paper. In the subject and expression, the beauty of nature and the feeling of the season are valued, reflecting the traditional aesthetic sense of Japan cultivated in living with nature. The Yamato Art Museum hopes to convey the appeal of Japanese paintings polished over a long time in the unique nature and climate of Japan to as many people as possible regardless of age, gender, or nationality thinking about. In addition, we would like to develop various activities so that we can take over Japanese painting to the future.

In the 21st century, the society and the environment surrounding us are undergoing drastic changes, such as globalization, information technology, and innovation rapidly progressing. Under such circumstances, the importance of cultures and arts that enrich people’s minds is reviewed, and the role played by museums that play a part of that is questioned once more. Through all kinds of activities including exhibitions and educational dissemination, the hotel aims to be an art museum where people can convey excitement, discoveries, joy and peace to people by communicating the splendor of Japanese painting and Japanese culture.

The philosophy of the Yamato Art Museum’s “I would like to contribute greatly to society, especially culture, through arts” as the core, clearly expresses the spirit and common values ​​that have been handed down and established the basic philosophy of the Yamaguchi Museum of Art. Also, I wanted to disseminate the wonderfulness of Japanese painting widely, and added a new symbol mark (design: Taku Sato) to the traditional logo. In addition, we carried out the “Seed Mountain Art Museum Nippon Painting Award 2016”, which was once used and restarted the “Yamami Art Museum Award” in a form suitable for a new era. This award is planned to be held continuously and we hope to help bring Japanese painting to the future and tell the world.

“It is my wishes that if you can taste the goodness of the Japanese painting widely also for those who love art, or those who have not had much contact with you, it is actually my wish.” In addition to inheriting the thought of this founder, we aim to disseminate Japanese paintings in the 21st century, and we are doing various initiatives from exhibitions and educational promotion activities to information dissemination utilizing the Internet.

Culture and art can enrich people’s mind. In the 21st century, as globalization progresses, we think that we will continue to engage in even more meaningful activities in the international community by widely disseminating the charm of Japanese painting, which is a property inherent in Japan, both in Japan and abroad. We hope to continue to promote and develop Japanese culture and academic through various activities, from exhibitions with friendly themes to steady research.