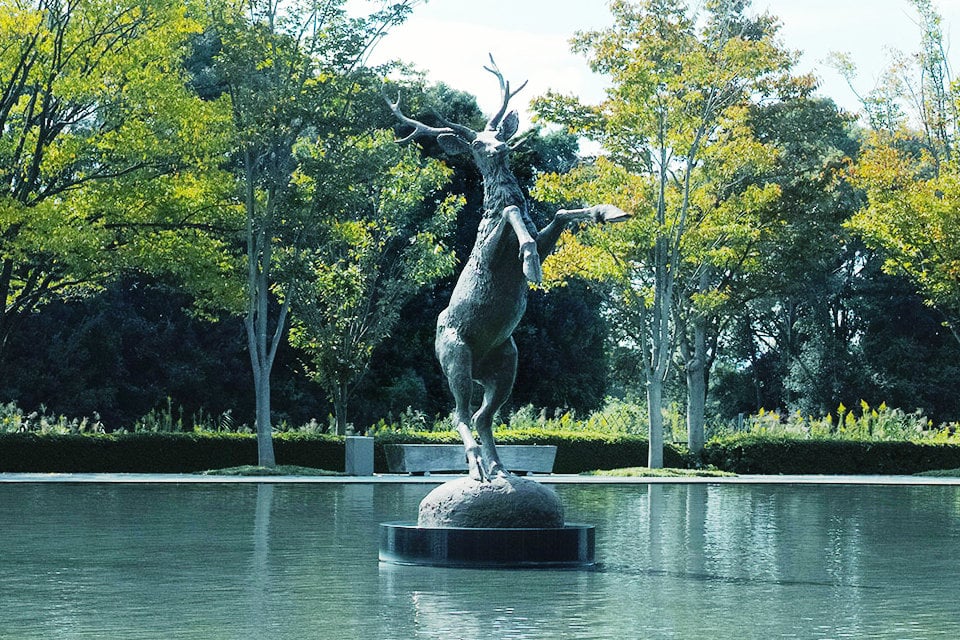 Sato Tadayoshi (July 4, 1912 – March 30, 2011) is a Japanese sculptor. Founding member of the sculpture department of the new production association. Expressing lively female statues and the like with bronze and wood carving. I also worked on illustration of the picture book “Okinawa Kabu” of the Gospel building bookstore version. Kozawa Yoko’s close friend and educator, at Tokyo Zokei University, he was engaged in numerous backward education than founded. Actress Mr. Orie Sato is her daughter.

Tadayoshi Sato Work The work of Tadaharu Sato who has gained high acclaim worldwide for over 70 years of creative activities, including representative “hat series”, children’s images and head-on image works, trees that have become life-time work of later years I introduce it through various works such as drawings. Sculpture and drawing works are displayed at all times according to the theme from among over 180 works of the collection of our library.
Please watch the world of realism of Mr. Tadaharu Sato who gazed at the person and made the expression of that moment as a work.

Born in Meiji 45, Kurokawa gun, Miyagi prefecture. Sculptor. I spent my childhood in Hokkaido and went to Tokyo to learn painting, but I am impressed with new life science works such as Rodin, Mayor and Despio, and I am willing to be a sculptor. After graduating from Tokyo Art School (currently Tokyo National University of Fine Arts and Music), he was active in the stage of a new production association (current new production).

We convened military service in 1945, resumed production after returning after living in Siberia after the war. From that experience, we handle a lot of works pursuing “human beauty” that is a glimpse of just a moment in ordinary everyday life.

In 1955, he held his first solo exhibition at the National Museum of the Rodin in Paris.

As a result of that achievement, it has been internationally highly acclaimed, such as being a guest member of the Académie des Beaux-Arts France.

Main work
A concrete sculptor known by Dr. Tadayoshi Sato’s work known as a lifeless style modeled on familiar figures is characterized by a dynamic feeling and a solid form.
The principal motif of the work is “head image”, “female statue”, “statue of children” and so on.

Mr. Sato made his evaluation unreliable, “Gunma People” announced in 1952 right after returning from Siberian detention. This work expressing the unique appearance of Japanese people and pursuing the beauty of the inner life of the person, the first time Japanese interpret and modernize the method of modern art coming from the West in the Meiji Period with Japanese minds As a result I gathered many compliments from the critics.

In the 1970s, he developed a new landscape full of contemporary senses represented by the “Hat” series. From early to recent work, although the style has gradually changed, the underlying hot humanism does not change.

From the many outdoor sculptures set up in the public spaces throughout the country, you can also see high support for Professor Sato’s work.

At the Sagawa Art Museum, the work of Japanese painter Ikuo Hirayama, representative of Japan, sculptor, Professor Tadayoshi Sato, Professor Potter and Yukichi Left Beomon are collected and permanently exhibited works in the exhibition space supervised by each writer We are. Please enjoy the rare art museum where you can appreciate the three masters at once.

The Sagawa Art Museum was opened in March 1998 at the site of Omi Moriyama, surrounded by beautiful nature wishing for Lake Biwa, as part of the founding parent Sagawa Express Co., Ltd., as part of its 40th anniversary commemoration project. Mr. Ikuo Hirayama of the Japanese painter, Mr. Tadaharu Sato of the sculptor and Mr. Shiomon Gemokon of the pottery artwork and mainly contributed to the promotion and development of art and culture through various cultural projects I hope. I am aiming for an art museum opened to the world including the community in search of encounter.

Sagawa Art Museum located in the scenic landscape, looking up to Mount Hiei / Hira mountain in the distance and viewing Lake Biwa in front of you.

The three buildings nestling in the water garden occupying the majority of the site show various expressions in the relaxation of the four seasons. The architectural beauty that was also considered for harmony with natural beauty has received high praise in many directions.