Hair by Sam McKnight will be grouped into thematic sections, exploring different elements within McKnight’s creative process, including his collaborative relationships and his ability to transform his subject, whether a model, actress or pop personality. 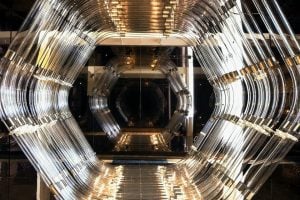 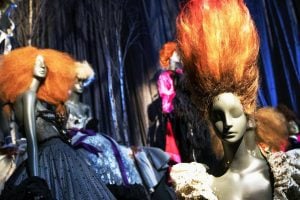 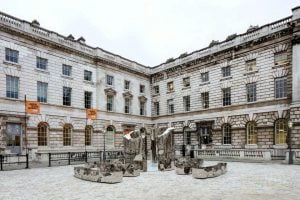 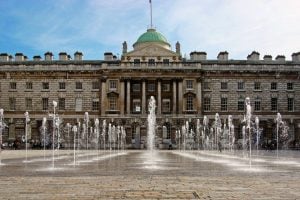 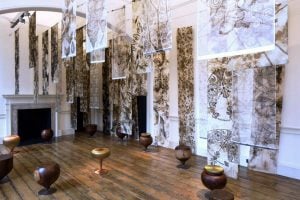 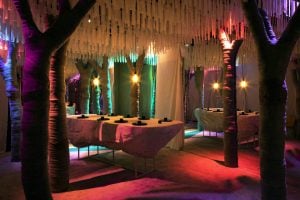 Backstage
As a session stylist working exclusively within fashion, Sam McKnight is constantly immersed in the backstage world of catwalks and photoshoots. The first stage of the exhibition transports visitors backstage at a major catwalk show through the use of seven, specially-commissioned films shot at this September’s Spring/Summer 2017 fashion shows, including Fendi and Dries Van Noten. Set in a vanity table where the mirror would ordinarily be, the films show McKnight’s hands at work creating unique looks for each catwalk, with audio recordings recreating the hubbub of backstage life.

It is in these intimate moments that Sam builds incredible relationships with the world’s most famous women. As a stylist, Sam uses his hands to put the finishing touches to a model’s hair, creating a particularly strong personal bond. Throughout the exhibition, there will be informal photographs of these recognisable faces, from polaroids to selfies, holiday snaps to Instagram posts.

Vivienne Westwood & Chanel
Throughout his career, Sam has worked with a number of respected fashion houses, with two of his key collaborators being Dame Vivienne Westwood and Karl Lagerfeld. Both double-heighted spaces within the exhibition are home to nine Bonaveri mannequins apiece, each dressed in couture and ready-to-wear looks and topped with specially recreated wigs by Sam McKnight. These sections highlight how a hairstyle rounds out an ensemble, and how McKnight has contributed to the visual identity of some of Westwood and Chanel’s most famous looks. In the Westwood section, there will also be a series of three process wigs, which track the creative process of styling and producing the rick-rack technique often used by McKnight at Westwood catwalk shows.

Transformation
Over the years, hair’s role within image-making has been largely overlooked. It is a key factor in creating and reshaping a personal identity and Sam’s work with four famous fashion chameleons – Karlie Kloss, Kate Moss, Tilda Swinton and Stella Tennant – is explored in a section dedicated to hair’s transformative potential in which large-scale photographs of four iconic looks created for each of these models will be displayed.

Collaboration
An important part of Sam McKnight’s creative process is collaboration. He works closely with designers, photographers, stylists, and make-up artists to create iconic images that will stand the test of time. At the heart of exhibition, 10 of Sam’s closest collaborators are identified by a single image personally selected by McKnight that he feels captures the way he works with them. The contributors for this section include the photographers, Patrick Demarchelier, Nick Knight, Craig McDean, and Tim Walker; the make-up artists, Mary Greenwell and Val Garland; and the stylists, Edward Enninful, Kate Phelan, Lucinda Chambers and Carine Roitfeld.

Exhibition Programme:
For the first time, Somerset House will be opening late on Wednesday, Thursday and Friday evenings until 8pm with a ‘LATES’ programme in partnership with THE OUTNET.com. This will include a special programme of events entitled ‘Fashionably Lates’ taking place on four Tuesdays throughout the exhibition run.

Alongside this, visitors can expect a full programme of tours, talks, screenings, workshops and demonstrations. A real highlight will be the symposium entitled ‘The personal, fashionable and archival spaces of Hair’ from the Fashion Research Network. Chaired by Dr Sarah Cheang from the Royal College, the symposium will include talks and presentations.