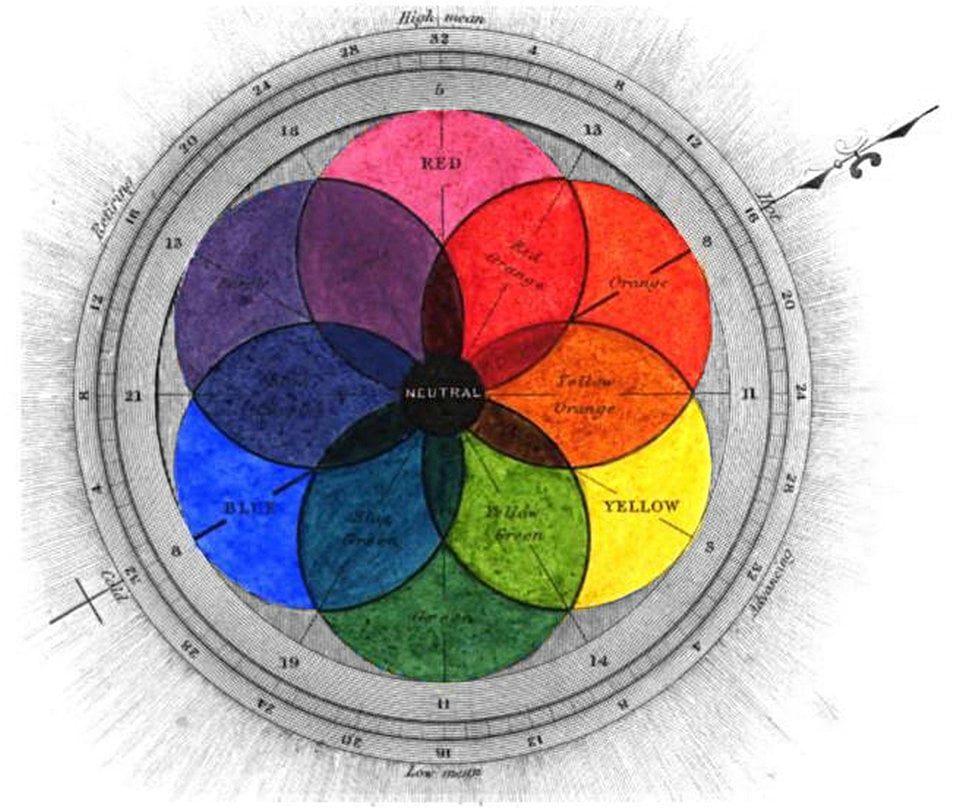 RYB (an abbreviation of red–yellow–blue) is a historical set of colors used in subtractive color mixing and is one commonly used set of primary colors. It is primarily used in art and design education, particularly painting.

RYB predates modern scientific color theory, which has determined that cyan, magenta, and yellow are the best set of three colorants to combine, for the widest range of high-chroma colors.

History
Le Blon’s 1725 description of mixing red, yellow, and blue paints or printing inks
The first known instance of the RYB triad can be found in the work of Franciscus Aguilonius (1567–1617), although he did not arrange the colors in a wheel.

In his experiments with light, Isaac Newton recognized that colors could be created by mixing color primaries. In his Opticks, Newton published a color wheel to show the geometric relationship between these primaries. This chart was later confused and understood to apply to pigments as well, though Newton was also unaware of the differences between additive and subtractive color mixing.

The RYB model was used for printing, by Jacob Christoph Le Blon, as early as 1725.

In the 18th century, the RYB primary colors became the foundation of theories of color vision, as the fundamental sensory qualities that are blended in the perception of all physical colors and equally in the physical mixture of pigments or dyes. These theories were enhanced by 18th-century investigations of a variety of purely psychological color effects, in particular the contrast between “complementary” or opposing hues that are produced by color afterimages and in the contrasting shadows in colored light. These ideas and many personal color observations were summarized in two founding documents in color theory: the Theory of Colors (1810) by the German poet and government minister Johann Wolfgang von Goethe, and The Law of Simultaneous Color Contrast (1839) by the French industrial chemist Michel-Eugène Chevreul.

Painters have long used more than three RYB primary colors in their palettes, and at one point considered red, yellow, blue and green to be the four primaries. Red, yellow, blue and green are still widely considered the four psychological primary colors, though red, yellow and blue are sometimes listed as the three psychological primaries, with black and white occasionally added as a fourth and fifth.