Walking on the suspended footbridge that connects the Museum to Palazzo Reale, visitors access the final section focusing on the Sixties and the experiments of Kinetic and Programmed Art, beginning with the sculpture by Bruno Munari entitled “AconaBicombì”. The last halls exhibit artwork by the T Group and large format paintings from Italian Pop Art and Analytical Painting. The exhibition concludes with a hall devoted to some of the major exponents of Italian Arte Povera (literally poor, basic art), from Luciano Fabro to Mario Merz, and from Gilberto Zorio to Giuseppe Penone.

The new layout of the Museo del Novecento, developed by the Management and the Scientific Committee, starts from the rearrangement of the Marino Marini Collection, Marino Marini’s works arrived at the Civic Art Collections, thanks to the donations of the artist and his wife Mercedes Pedrazzini made between 1972 and 1986; with this new privileged location. 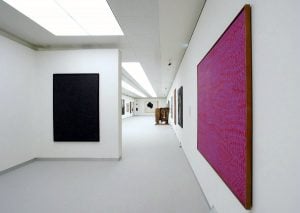 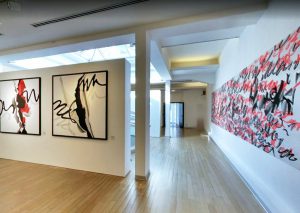 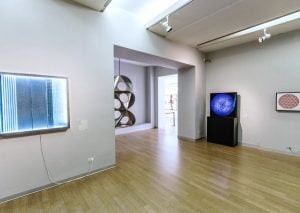 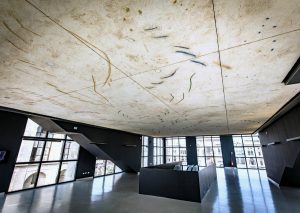 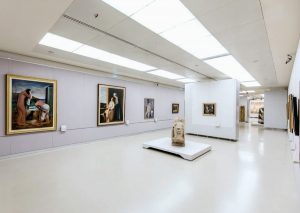 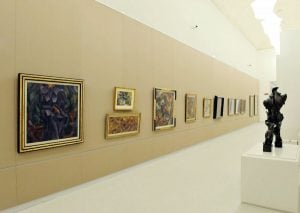 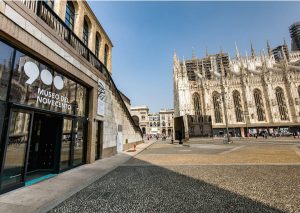 the Museo del Novecento thus proposes a new reading of Marino Marini’s entire artistic production. The rearrangement of the Marino Marini Collection (and the consequent liberation of the spaces it previously occupied) was an opportunity for the Museo del Novecento to rethink the last part of the museum’s exhibition itinerary, bringing the chronological limit of the works exhibited to 1989.

In the renovated spaces on the top floor of Palazzo Reale eleven sections try to tell the story of the Italian (and international) art of the last fifty years, starting from the optical-kinetic experiences and the site specific environmentsGroup T, up to the reflection on the concept of sculpture, from a three-dimensional object up to the birth of the installation with the works of the exponents of the Arte Povera movement; the monumental work of Eliseo Mattiacci Stratosferica (1989) with the Untitled of 1988 by Jannis Kounellis and with other works by the masters of Arte Povera such as Zorio, Boetti and Anselmo are exhibited with an unusual and fascinating dialogue. In the middle the experiences of painting from Pop Art (with the famous Marilyn by Andy Warhol ) to the analytical and conceptual works of Sol Lewitt, Giorgio Griffa and Daniel Buren.

A small monographic room is instead dedicated to the works of Carol Rama from Turin where the Presages of Birnam from 1970 is exhibited (for the first time in Milan), purchased by the Museo del Novecento in 2012. Large space is dedicated to conceptual art with numerous works by Italian and international artists such as John Baldessari, Joseph Kosuth, Giulio Paolini, Giuseppe Penone and Emilio Isgrò. The new path ends with a monumental work by Alighiero Boetti Il Muro (1972-1993) who through 77 paintings tries to summarize the entire production of the great Turin artist who died in 1994.

Almost 1000 square meters of new itineraries which include the installation of more than 120 works of art, the integration of 30 new artists within the exhibition itinerary and the opening of a new space for educational workshops; this is only the first step of a journey that will lead to a complete rethinking of the Museo del Novecento. An opportunity to get closer to discovering the art of the 20th century.

Museum of the twentieth century in Milan
The Museo del Novecento in Milan is a permanent exhibition of 20th century works of art housed in the Palazzo dell’Arengario and the adjacent Royal Palace in Milan. The museum absorbed the collections of the previous Civic Museum of Contemporary Art (CIMAC) which was located on the second floor of the Royal Palace and which was closed in 1998.

The Museo del Novecento, located inside the Palazzo dell’Arengario in Piazza del Duomo, hosts a collection of over four thousand works that catalyze the development of 20th century Italian art.

The Museo del Novecento was established on 6 December 2010 with the goal of spreading knowledge of 20th century art and offering a more comprehensive insight into the collections that the city of Milan has inherited over time. Beside its core exhibition activity, the Museum is active in the conservation, investigation and promotion of 20th century Italian cultural and artistic heritage with the final aim of reaching an ever wider audience.

Apart from a single room housing works by foreign artists including Braque, Kandinsky, Klee, Léger, Matisse, Mondrian and Picasso, the majority of the works exhibited in the museum are by Italian artists. A major section is devoted to the Italian Futurists, with works by Giacomo Balla, Umberto Boccioni, Carlo Carrà, Fortunato Depero, Luigi Russolo, Gino Severini, Mario Sironi and Ardengo Soffici. Giuseppe Pellizza da Volpedo’s large canvas Il Quarto Stato (1902) is also exhibited in a room on its own.

Other sections of the museum are dedicated to individual artists such as Giorgio de Chirico, Lucio Fontana and Morandi. There are also sections devoted to art movements of the twentieth century, including Abstractionism, Arte Povera, the Novecento Italiano, Post-Impressionism and Realism, and to genres such as landscape and monumental art.