The Quinta da Boa Vista is a municipal park in the district of Saint Kitts Imperial, located in the North Zone of the city of Rio de Janeiro, Brazil.

It is currently a public landscape complex of great historical value. On the Quinta’s premises is located the National Museum of Archeology and Anthropology, installed on the site of the Paço da Imperial Quinta de São Cristóvão (also chronologically called Paço de São Cristóvão (1803-1809), Palácio Real (1810-1821), Palácio Imperial (1822-1889) and currently also as the Palace of São Cristóvão, this building being a magnificent palace in the neoclassical style. 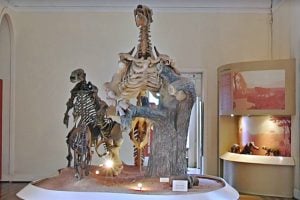 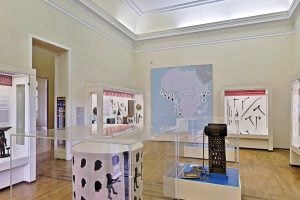 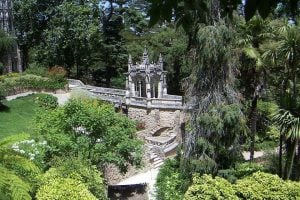 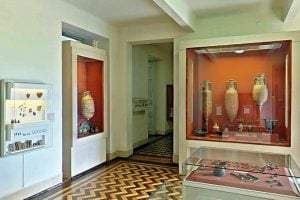 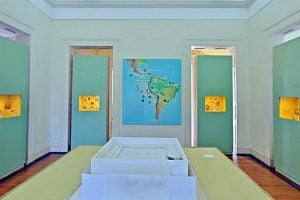 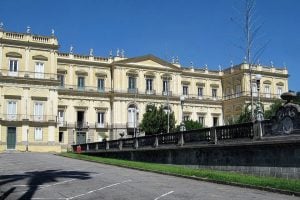 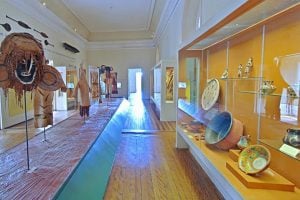 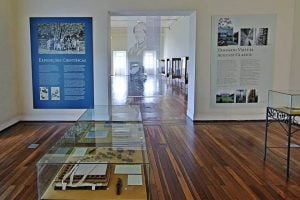 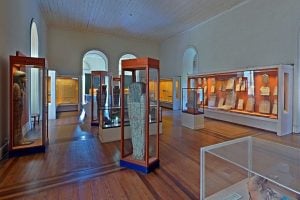 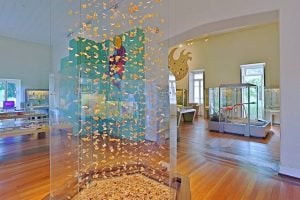 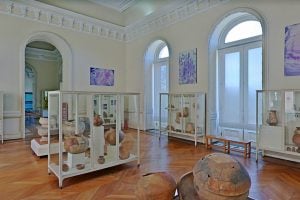 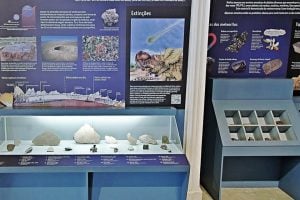 The Palace was used during the Empire of Brazil (1822-1889) as a residence by the Brazilian imperial family, since the proclamation of the independence of Brazil (1822) by Dom Pedro de Alcântara de Bragança, Príncipe Real of the United Kingdom of Portugal, Brazil and Algarves and, later, the first emperor of Brazil as Dom Pedro I. Having previously been used as a residence by the Portuguese royal family, from 1808, as a result of the episode known as the transfer of the Portuguese court to Brazil (1808-1822), either as a royal family in the Kingdom of Portugal orUnited Kingdom of Portugal, Brazil and Algarves (1815-1822).

The Palácio Leopoldina was also located on the Quinta, demolished in the 1930s to make way for the current Rio de Janeiro Zoo.

On the night of 2 of September of 2018 a major fire struck the headquarters of the National Museum, destroying almost the entire collection on display. The building that houses the museum was also extremely damaged, with cracks, collapse of its roof, in addition to the fall of internal slabs.

In 17 of January of 2019 the National Museum opened its first exhibition after the fire that destroyed its collection. The research content on fossils of marine animals prepared by employees of the institution were displayed in the building of the Casa da Moeda. The public was able to find fossils 80 million years old.

In 2019, the National Museum will have an amount of R $ 85.4 million available for use in the works to recover the collection and infrastructure. This amount was received after the incident had repercussions, which caused great commotion and heated debates on social networks around the maintenance of the historic institution. Of the R $ 85.4 million reais allocated to the National Museum, R $ 55 million will come from the Union Budget for 2019, which was approved by the National Congress on December 19, 2018. The amount was indicated by deputies from the Rio de Janeiro bench and presented as an imposing amendment, approved by the Joint Budget Committee.

Background
In the 16th and 17th centuries, the area where the Quinta is currently located, was part of a Jesuit farm on the outskirts of the city of Rio de Janeiro. With the expulsion of the Order in 1759, the property was dismembered and passed to private ownership.

When the arrival of the Royal Family to Brazil in 1808, the Quinta belonged to the dealer black people (slaves) Elias Antonio Lopes, who had erect, around 1803, a big house on a hill, which had a good view of Guanabara Bay – which gave rise to the current name of the Quinta.

Royal Residence
Given the lack of residential spaces in Rio de Janeiro and in view of the arrival of the royal family in 1808, Elias donated his property to Prince-Regent D. João Maria de Bragança, better known in Brazil as Dom João VI, to transform it into the residence real. This was a beautiful strategy move by Elias, since he was known for having the best house in Rio and for offering such a treasure to the Prince-Regent, he was rewarded with another property that, although simpler in structure, was quite good compared to the possibility of having no case had not advanced so skillfully. The Prince-Regent felt very honored with the gesture and the fifth would become his permanent home in Brazil.

At the time, the area of the farm was still surrounded by mangroves and communication by land with the city was difficult. Later, the swampy stretches were grounded and the overland paths improved.

In order to accommodate the royal family, the farmhouse on the farm, despite being large and comfortable, needed to be adapted. The most important reform began at the time of Prince D. Pedro’s nuptials with Maria Leopoldina of Austria (1816), extending until 1821. The English architect John Johnston was in charge of the project, who, in addition to renovating the palace, installed a monumental gate at its entrance, a wedding gift from General Hugh Percy, 2nd Duke of Northumberland. The gate, inspired by Robert Adams’ portico for ” Sion House “, that nobleman’s residence in England, is molded in a kind of terracotta called ” Coade stone “, manufactured by the English company Coade & Sealy.

Listed by the National Historical and Artistic Heritage Institute, this gate is currently highlighted, as the main entrance, in the Zoo of Rio de Janeiro, on the premises of the farm.

It is worth mentioning the architectural line of this palace in close resemblance to the Palácio da Ajuda, in Lisbon, unfinished due to the French invasions and transfer of the court to Brazil and later by the victory of liberalism in Portugal, gaining that of Quinta da Boa Vista the relief deserved as a new capital of the United Kingdom of Portugal, Brazil and Algarves and the Portuguese empire.

Imperial Residence
With the independence of Brazil, D. Pedro I entrusted the works of the now Paço Imperial to the Portuguese architect Manuel da Costa (1822-1826), later replaced by the French Pedro José Pézerát (1826-1831), credited as author of the project in neoclassical style of the building.

The Paço, which had only one turret on the north side of the main façade, gained another symmetrical one, on the south side, and a third floor began to be built on the two existing ones. The works were continued from 1847 by the Brazilian Manuel Araújo de Porto-Alegre, who harmonized the building’s façades, followed by the German Theodore Marx (1857 and 1868). Between 1857 and 1861 the Italian painter Mario Bragaldi decorated several of the interior rooms.

After the wedding in 1817, D. Pedro and Imperatriz, D. Leopoldina, took up residence in Paço. There were born the future Queen of Portugal, D. Maria II (4 of April of 1819), born Dona Maria da Gloria Braganza, Princess of Beira, later imperial princess of Brazil, and the future emperor of Brazil, Dom Pedro II (December 2, 1825). There, too, Empress Dona Maria Leopoldina died in 1826.

Next to the Quinta, in a mansion given by D. Pedro I, Domitila de Castro Canto e Melo lived, the Marquesa de Santos, the Emperor’s favorite, with whom she had several children. Today, the First Reign Museum is located in the mansion.

At Quinta he grew up, was educated and lived D. Pedro II. Among the reforms that this Emperor undertook on the property are the enormous works of beautification of the gardens, carried out around 1869, with a project by the French landscaper Auguste François Marie Glaziou, which, many original features remain until today, such as the Alameda das Sapucaias, a lake where today you can ride pedal boats and another where you can find an artificial cave where you can rent rowing canoes.

The Palace was born in 29 of July of 1846, the Princess Elizabeth, daughter of D. Pedro II with D. Teresa Cristina.

The Old Republic
With the advent of the Republic, Quinta hosted the work of the National Assembly responsible for the Brazilian Constitution of 1891. In 1892, the then director of the National Museum, Ladislau Neto, managed to get the institution transferred from Campo de Santana to the Palace. At the time, the gardens experienced a long period of neglect, but in 1909, President Nilo Peçanha had them restored and surrounded, preserving the characteristics given him by Glaziou.

On the other hand, the palace was devoid of its original internal features, destroyed or sold after the Proclamation of the Republic.

Nowaday
Currently, Quinta da Boa Vista works as a municipal park, housing the Zoo of Rio de Janeiro (with the Museum of Fauna) and, in the old palace, the National Museum of Quinta da Boa Vista. The palace building, maintained for decades in a poor state of conservation by the Federal University of Rio de Janeiro, was the target of complaints in the press about the risk of loss of architectural heritage and the threat to the collection inside. Recently, some interventions have been carried out on the monumental façade and emergency repairs to parts of the roof. However, a fireon the third floor, the museum, on the night of september 2, 2018, confirmed the worst expectations and destroyed almost the entire palace, of which only the facade remained. From the collection of the National Museum, preliminary assessments made the day after the tragedy accounted for the loss of more than 90% of the collection originally composed of about 20 million items, in what was the biggest cultural catastrophe in Brazil.

In the gardens, Glaziou’s original project has also been destroyed, with the continuous planting of trees of various species on the farm’s lawns by the city of Rio de Janeiro, without any historical or landscape studies for its implantation, mischaracterizing the park. In addition to some depredated monuments, such as the monument in honor of Dom Pedro II’s Christmas centenary in front of the palace, whose inscriptions are very deteriorated.