The exhibition “Pose: photo fashion Mexico today”, shows in the vast world of photography, fashion photography is the field that has truly broken new ground and pushed the boundaries of images.

If you want to live in Mexico as a fashion photographer for magazines, you will end up doing “vanilla”: posh images of beautiful models, rich and happy on a boat, on the beach in ‘La Condesa’, in a limited and boring telenovela-like imagination. The false dictate that these images are what the public, the medium and the brands want. 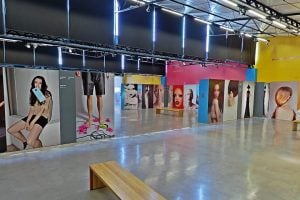 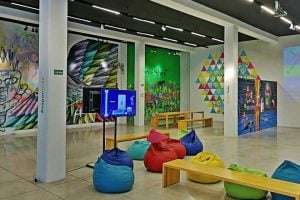 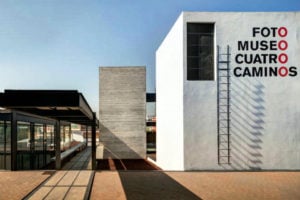 In the whole world of photography, fashion photography is the mould braker and marks the frontiers of the image. In other centuries, portrait painting abused the idea of “posing” as the medium through which demonstrate the grandness of a person and underline a complexion of beauty defiant of the progress of time.

Fashion photography does not pretend to have the criteria of truth like in documentary photography, nor the profound psychology behind constructed photography. So, is more lyrical, light and experimental, it is the laboratory defining gender and the mirror of social change. Within it the motives are of beauty, style and the essence of fashion. Today, in the dawn of printed media, this type of photography is as free as Instagram manifestations and evoking an audience that “likes” without stopping, sharing and creating the medium into their own.

This exhibition does not define territory, instead it demonstrates fashion photography as it exists in Mexico today: conscious of what occurs outside in the world while leaving the meddlesome area of a supposed “fashion-editorial” world that is far too conservative. A sexy photograph, gazing other forms of beauty and playing with gender and identities whilst maintaining the importance of now. Some of these artists are the launching point of creativity within Mexico for the world, launching independent magazines, developing projects outside of the great art circuit which revives the language of imagery through a youthful perspective.

We know clothing and brands only through photography. Mexican fashion is in an eternal construction. These photographs multiply the promise of a triad: fashion – editorials – imagery in search for consolidation. They are a breath of fresh air in photography, from a different perspective within which, only the photograhers that escape the soft images of the mediums conventions will be able to challenge time and greater in which as always, photography and clothing go hand-in-hand, provoking dreams and aspirations in the imagination of the viewers.

In previous centuries, portrait painting abused the pose as a way to convey a character’s grandeur and highlight the face of a time-defying beauty. Fashion photography does not claim to meet the standards of truth depicted in documentary photography, nor the psychological depths of staged photography. As a result, it tends to be more playful, more light-hearted, and more experimental; it is the testing ground for new definitions of gender and a reflection of social change. Its motivations are beauty, style, and the essence of fashion.

With the decline of print editorials, this type of photography is now as free as the pictures on Instagram, and can compel an audience to like, share, and personalize it endlessly. Despite the disruptive nature of fashion photography, if you want to make a living in Mexico as an editorial fashion photographer, your images will inevitably end up being “vanilla.”

Clear-cut images of happy, rich, white models on a yacht, on the beach, or in the trendiest neighborhoods, with an imagination as limited as a soap opera. A form of indoctrination dictates that these are the images that the audience, the media, and brands want to see.

Fashion photography differs from its peers: it is more like a demiurge. Rather than being a collector of moments, it is the Dr. Frankenstein directing the scene: the styling, fashion, lights, makeup, and models. These many parts come together to form the modern-day titan of images: fashion photography.

The artist is collaborative, creating aesthetic constructions in which the pose and the artifice appear as Photoshop layers. In these images, each accessory and embellishment is created in the laboratory. Images of bodies in staged scenes are created, not in a strictly three-dimensional space, but on a computer screen.

The stage and the body come together in fashion, transgressing the conventional in search of beauty in what is exceptional, unique, and different. What differentiates it is that it is not the traditional image of fashion, even when it appears to be. Instead, it is a different way of interpreting the body as an aesthetic in its own right, qualified by the fashion that is used, and seen through the identity it is given by the staged scene around it.

Fashion photography enables the artist to rebel and break the mold, or simply repeat, when it comes to choosing or constructing locations and scenes. Fashion is everywhere, not just in perfect conventions.

Fashion photography constantly offers new ways to approach beauty. Today, plenty of images rebel against established “white beauty” to construct identities, describe brands, and renew worldviews. Photography is used as a way to construct new, unique, and exceptional bodies, and fashion allows us to see these other body images as beautiful. Just a few years ago, these models would never have been included on catwalks, but now it is almost impossible to imagine the 21st century without semi-shaved heads and brightly colored hair.

The most interesting fashion photography in Mexico tends to be urban; the rural landscape is rarely portrayed. Curiously, the younger generation of fashion photographers, brought up among screens in the digital era, does not appreciate open-air fashion, and the commonplace prevails over rustic elements in their images.

One common location that has been badly managed by Mexican fashion film and photography is that of the “abandoned ranch,” perpetuating the “popular” construct historically imposed by the elites.

Through the corselet reminiscent of Mr. Pearl, the cloud over the face in the style of Yamamoto, and the sexy body image prohibited in the 19th century, the tattoos point to the truth: piercings, scratches, and compresses are the essence of the digital body. Internet culture has had a huge impact on fashion photography, moving it from the pages of magazines to purely online publications, with one eye on websites and the other on Instagram. The fluidity of online images has affected the depictions of identity generated in fashion photography. And now there are images reclaiming the aesthetic of former subcultures.

A set of new identities is also being created, such as “kawaii” in Asia—put simply, the “cute” aesthetic. Mass popular culture is founded in fashion. Innovation is derived from what happens on the street in fleeting, everyday occurrences, and is no longer the reserve of exclusive salons and stuffy gala events.

Ren and Stimpy, Cow and Chicken, and the villain known as “HIM” in The Powerpuff Girls: the attitude of the rascal or trickster must be adopted in order to live (well) in the on-screen world.

Young photographers take innovative shots as a result of their more varied visual worldview: classical art, famous photos, and pop culture. There are images that remind us of Norman Rockwell or the Mona Lisa, but in a 21st century incarnation.

Four Ways Photo Museum
The Cuatro Caminos Photo Museum is a museum dedicated to the exhibition, diffusion, and analysis of photography.

The Cuatro Caminos Photo Museum is one of the projects that make up the Pedro Meyer Foundation. To be more effective use and a better understanding of visual language strengthen community dialogue and offer the tools for a greater social and economic projection of individuals. For this reason, our objective is to consolidate an educational ecosystem that, through various resources, meets this educational need among different audiences and levels of specialization.

The project began in early 2012 in what was previously an industrial warehouse that housed a plastics factory in the 1940s. Funding for its realization was obtained through funds from the Pedro Meyer Foundation and financial support. by the National Council for Culture and the Arts.The refurbishment of the old space was in charge of the architect Mauricio Rocha and was inaugurated on 5 September 2015.

The space has more than 5000 m2 of construction, which includes three galleries for exhibition, an auditorium for 150 people, 4 classrooms for educational activities, a cafeteria, a shop, a restaurant and a terrace open to the public.