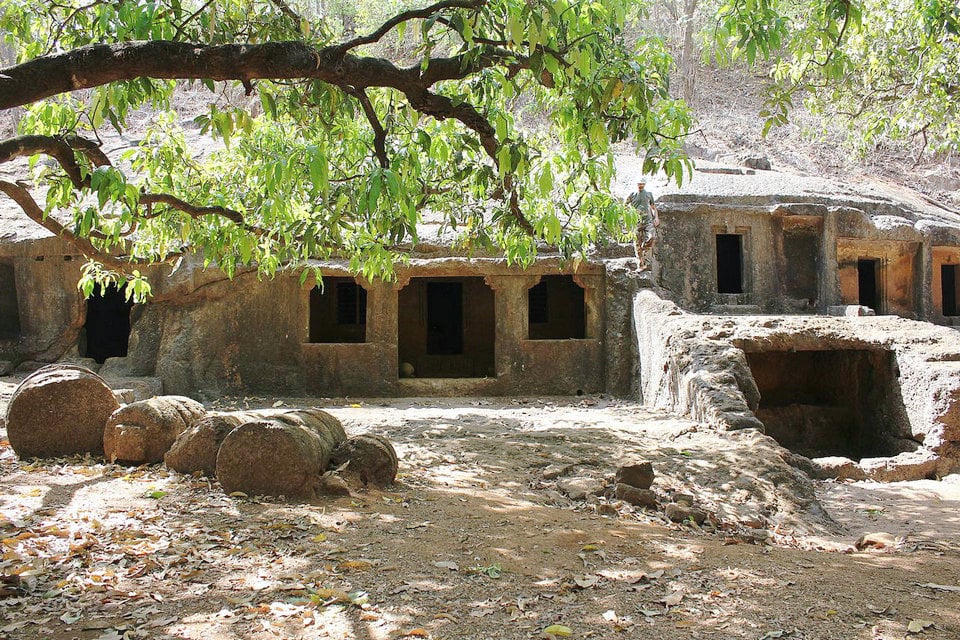 Panhalakaji Caves are situated in the Ratnagiri district of Maharashtra state. This cave complex has around 30 Buddhist Caves. The Hinayana sect began carving caves in 3rd century AD, beginning with the stupa in the current Cave 5. The caves have inscriptions in Brahmi and Devanagari script. In the 10-11th century AD another Buddhist group, a Vajrayana sect, established cave 10 with their deities Akshobhya and Mahachandaroshana; and strengthened their practice in that region. Shiva and Ganpatya worshiping started at the site during Silahara rule.

There are ancient caves in Dapholi taluka of Ratnagiri district at Panhalikaji. The pilgrim is a part of Gaur Ghar in the southern part of Durga. The idols of Lord Ganesha, Tripurasundari, Saraswati are carved in this cave. A non-headed statue of Shravalinga can be found here. Shivalinga, Pratakshina way around Shiva, surroundings are found taking place in the Ramayana-Mahabharata. Sculptures of Manushi Buddha, Bhairav and Hanuman are also seen in different types.

Creation
The beginning of digging of this cemetery was from the second or third century. During that period, the technical vajrayana sect of the docks that were dug from around 8th to eleventh centuries. Proof of this is found. After the eleventh century, Shilahar Raja Adaditya (1127 to 1148) got the kingdom of the region from Kadamba and made his son Vikramaditya the governor of the southern Konkan region. This place was the capital of Vikramaditya. His remnants, signs, still appear today.

Composition
About 5 km on Dapoli-Dabholrasta. On the left side of the Nante village, the wings of the wings spread on the left. The train goes directly to the village. There are 29 caves dug in the mountains on the banks of the Coonjai river. Of these, 28 caves are north-facing and the 29th lake is located in the small hill station and is known as Gourleane. Here, along with Buddhist and Nath sect images, Ganpati, Lakshmi, Saraswati, Shivling etc. Deities of gods are also found.

Cave 10 has and image of Maha-Chandraroshana. This deity is shown on the stupa which signifies the connection of Ratnagiri with ancient Buddhist sites of Orissa.
Cave 14 has deities of Nath Pantha.
Cave 19 has shivlinga in it. It has Hindu scriptures on its ceiling.
Cave 29 was used by Nath Pantha and was renamed as Gaur Lena.

How to reach
By train: Nearst Rail station is Khed, Ratnagiri.
By road: Located on NH 4 highway near Dapoli.