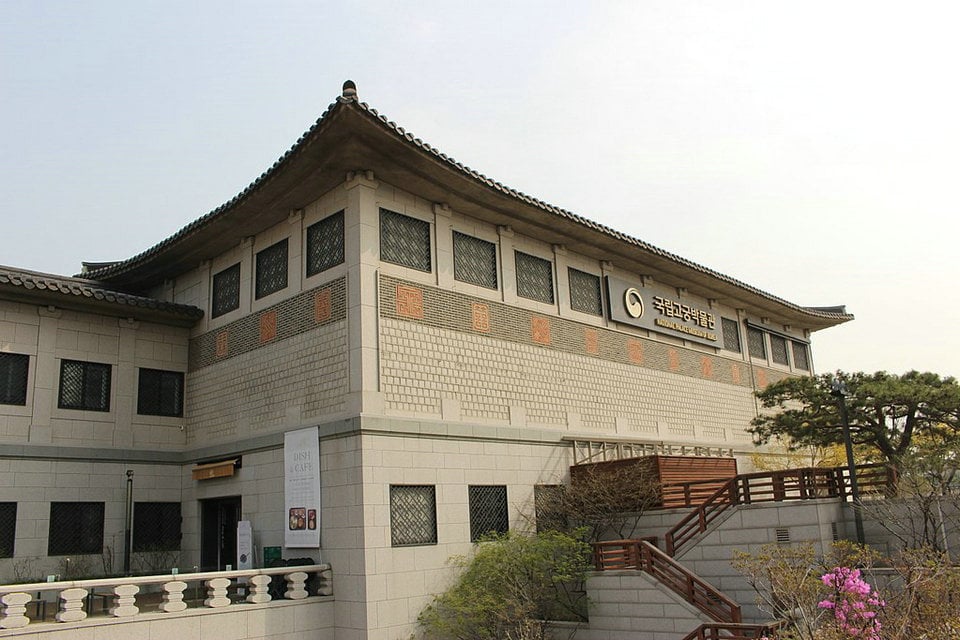 The National Palace Museum of Korea is a national museum of South Korea located in Gyeongbokgung Palace, Seoul, houses a magnificent collection of art and objects from the palaces of the Joseon Dynasty, representing the majesty and dignity of the 500-year history of the Joseon Dynasty. The Museum seeks to broaden public knowledge of the artistic and cultural legacy of the Joseon Dynasty by being active in research, exhibitions, and educational programs.

The National Palace Museum of Korea promotes and preserves the culture of the Joseon royal and Korean imperial court by collecting, conserving, researching and exhibiting the related relics and artifacts. You can see the permanent exhibitions by diverse subjects and special exhibitions based on in-depth stories related to the Joseon royal and Korean imperial court with multifarious display methods. Various learning programs and cultural events are available in the museum.

The museum also plays its role as a culturally core place within Gyeongbokgung Palace district in downtown Seoul. The Museum will stand as the place where the people can view the splendid royal treasures and artifacts, and be a leading institution for increasing the cultural wealth of Korea.

History
The museum first began as the “Korean Imperial Museum”, which was established in September 1908 and was originally located in Changgyeonggung Palace. On November of the following year, the museum was opened to the public. However, on April 1938, the ruling Japanese government renamed the museum to the “Museum of Yi dynasty”.

The Cultural Heritage Administration began restoring Changgyeongwon to Changgyeonggung in the mid- 1980s and restored the Gyeongbokgung shrines that were torn down by Japan. In October 1992, during the process of collecting the palace’s cultural assets scattered in the four major palaces, Jongmyo Shrine, and Neungwon, the palace was opened in Deoksugung Palace.

However, Deoksugung seokjojeon lack without exhibit space and head room jaw and even too small a scale to promote the Royal Cultural and Heritage cultural groups banged a lot of trouble to preserve research in 1993 the old National Museum and Governor-General of Korea in the place was a building The Royal Palace Museum was decided to open and the Joseon Governor-General building was demolished. After a thorough preparation, the museum opened on August 15, 2005, the 60th anniversary of Independence, from Deoksugung Palace to the former National Museum of Korea.

In November 2004, the Joseon Royal History Museum Promotion Team was launched to prepare for the installation of the museum. In March of the following year, it was named the National Palace Museum and opened in August of that year. It was opened in November 2007.

Collection
National Palace Museum of Korea houses over 40,000 artifacts and royal treasures, from the palaces of the Joseon Dynasty and the Korean Empire, of which 14 are National Treasures of South Korea. It displays records, state rites, architecture, clothing, royal life, education, culture, paintings and music of the dynasty’s ruling era. It also has among its collection the royal seal of King Gojong of Joseon, which was used for his personal letters to Russian czar and Italian emperor after 1903. It disappeared during Japanese rule and was re-covered from a US-based Korean collector in 2009.

Exhibition
The National Palace Museum of Korea is a specialized repository and research institution for the Joseon royal and Korean imperial court artifacts. It opened on 15 August, 2005 to commemorate the 60th anniversary of Korea’s independence. On 28 November, 2007 the museum completed its renovation and reopened all of the galleries in the three-story building.

Collections of art and household goods from the court of the Joseon Dynasty had been unstably managed through long harsh periods of colonization, the Korean War and several decades of development. The Cultural Heritage Administration promoted a series of restoration projects for Joseon palaces in the mid 1980s, and collected scattered court objects from palaces, shrines and mausoleums to establish the Royal Museum, which opened at the Stone Hall of Deoksugung in 1992. Although the Royal Museum initially undertook the management, conservation, research and exhibition of Joseon court artifacts, its storage and exhibition spaces within the Stone Hall were by no means sufficient for permanent use. In 1993, a plan was approved by the president to establish the Museum of Joseon Royal History at the former venue of the National Museum of Korea, as soon as the National Museum moved to Yongsan in 2005.

The royal and imperial artifacts of the Joseon Dynasty were eventually housed in the central Gyeongbokgung area where the National Palace Museum of Korea is now located, after a decade of residence in Deoksugung. The museum encompasses an expanded collection of 40,000 items, five times as large an exhibition space as the former Deoksugung building and with a repository area which is thirty times larger. The objective of the National Palace Museum of Korea is to enrich contemporary culture in Korea and abroad by preserving cultural legacies and unveiling the splendor of the Joseon royal court.

Special collection
The Museum houses 1,200 volumes of historical texts including 150 copies of Uigwe from the Joseon Dynasty that were looted in 1922, during rule by Japan under the supervision of then Resident-General of Korea Itō Hirobumi. They were repatriated in December 2011 and a special exhibition was held from 27 December 2011 to 5 February 2012. The copies chronicled the royal rituals of King Gojong and King Sunjong, the last two emperors of Joseon Dynasty and Daehan Empire before Korea was annexed in 1910.