The Museo del Juguete Antiguo México (MUJAM) is a cultural association that primarily houses the most representative toys of Mexican culture, with specimens dating from the 19th century to the 1980s, although it also has pieces from other parts of the world. The collection was started by architect Roberto Shimizu and opened to the public in April 2008. The exhibition also teaches cultural and interdisciplinary workshops on arts and humanities. The aim of the museum is to rescue the cultural heritage through the preservation of toys that gave identity to the daily life of Mexican children. It is located in the Colonia Doctores de la Mexico City .

The museum is a promising space and although there are already people who compare it with Flying Circus for organizing different types of events and workshops, the reality is that MUJAM differs from the fact that the latter houses an incredible collection of toys, both Mexican and other nationalities that arrived in Mexico and live in the memories of each inhabitant of this country. 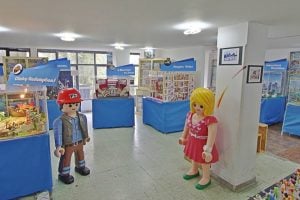 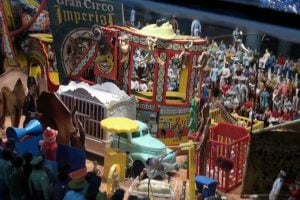 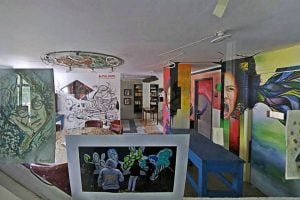 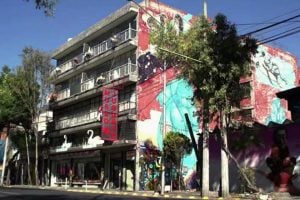 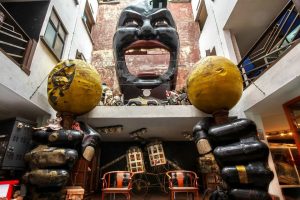 The largest toy collection in the world is in Mexico, the Old Mexico Toy Museum is an honest museum and open to all visitors. Museum of Old Mexican Toy Exhibition of Mexican Toys Illusion, wisdom, creativity, ingenuity, work, effort.

The Old Mexico Toy Museum offer a different way of approaching Mexican popular history and culture to strengthen national identity ties. Our mission is to offer a recreational space where dialogue and intergenerational interaction is promoted through the collection.

History
The museum’s collection has been compiled by the architect and his family around the country and the world, in addition to receiving collaborations from collectors and other beneficiaries. It began during the childhood of the architect in the fifties, and has developed to this day in the Doctores neighborhood, where he has spent his entire life. The museum currently has more than 45,000 pieces of exhibition, as well as objects of daily life in Mexico from the 30s to 90s of the last century.

Roberto Yukio Shimizu established the candy store Avenida and the stationery and bookstore La Primavera, located in the street Lost Child number 117, in the well-known Doctors colony; The store is still open to date, in this place, unique items were sold such as: textbooks, pencil sharpeners, calculation rules, drawing items imported from Germany, toys from the golden age of Mexico, and souvenirs from Japan, among which battery toys such as cars, robots, little trains, table radios and transistors, among others.

In May 1945, Roberto Junior was born, who to date, is known among his neighbors as Beto. Beto and his brothers helped sell the toys during Christmas and Kings Day. Beto’s passion for collecting items, is because when he was a child, his father gave him a couple of collection books with some postal stamps, which he brought with him, when he emigrated to Mexico in the year of With these books; At the age of 10, he started a collection of all kinds of objects of popular culture, ranging from stamps, photographs, newspapers, stories, albums of prints, historical documents, promotional documents of various companies, but especially toys of all kinds , and especially from Mexico. At first, Beto set up a simple sample for clients, neighbors and friends, who began to consider it as a small site museum. Because the collection was growing, Beto decided to share this great collection with more people, so in 1955 the doors of the current Old Mexico Toy Museum, better known as MUJAM, were opened.

Museum of Old Mexican Toy’s collection of toys displayed in the museum pays tribute to the producers of all kinds of toys, from large to small manufacturers, creators of modest toys to the greatest, who made happy to the little ones of that time. In the museum, toys are exhibited that: – They were made in Mexico both in houses, workshops or small and large factories between the period of 1900 to 1970, at which time the national toy industry flourished.

They evolved from being mere souvenir handicraft toys from tourist sites, to become True Toys. – They used all kinds of materials, techniques, mechanisms, and not just sophisticated materials or techniques. – Not only those that were once the most expensive, of the best quality, materials or manufacturing, but the toys considered, were a great event in the lives of many Mexican children, the most endearing, the most loved. The great quality, variety and imagination of some of these toys, are a reliable proof that in Mexico there is a lot of creativity. The museum consists of 6 rooms, in which you can find a number of objects that marked the life of some child in our Mexico.

Collection
The collection originates from the “Dulcería Avenida” and stationery “La Primavera”, established such businesses for a little over 70 years in the Lost Child Avenue (currently central axis Lázaro Cárdenas), places where some toys were sold, in Christmas season and three wise men.

This collection is also a rescue of the popular culture of Mexico, since over a little more than 55 years of collecting, they have been able to rescue from tianguis, flea markets and antique dealers, most of this immense collection and many Unique pieces of great relevance in the lives of Mexicans.

In 2008, the Museum of Old Mexico Toy opens in an old apartment building, on Dr. Olvera, half a block from the central axis Lázaro Cárdenas, with the aim of showing this collection to all Mexicans of any age, sex, religion, socio-economic and cultural level, so that the new generations have a historical-playful reference of artisanal and industrial games and toys, in the objects shown, as well as previous generations remember the happiest moment of life: childhood. And with this, to be able to contribute to the fact that in Mexico we find more ingenious, creative and committed people with their country.

The cultural and educational offer of the Museo del Juguete Antiguo México, is for public and private institutions from preschool to master’s level, offering free guided tours, with an approximate duration of an hour and a half linked to the official program of the Secretary of Public Education, in the areas of knowledge of technology, artistic operation, ethics and social environment, also linking with the training fields that are the exploration and understanding of the natural, social world, personal development and for living together.

The methodology used in the courses, is based on the new theories of education, especially in the theory of constructivism, so the routes have the objective of encouraging the observation, description and active participation of students.

Exhibition halls
The museum is divided into nine exhibition halls, four floors and an urban art terrace, among which are themes such as wrestling, old and traditional toys, collectible toys from the industrial era, such as “sololoy” dolls, barbies, carts, robots, among others.

Room 2
The barbie or Miss Lili Bárbara Ken / Riccardo made in Mexico from number one to the last one produced in Mexico by Cipsa Barbie. Play Line of Miss Lilo, a unique collection in the world,

Cantinflas Collection
Mario Fortino Alfonso Moreno Reyes, known as Mario Moreno and by his nickname Cantinflas, was an actor, producer, screenwriter and comedian of Mexican cinema. The character was associated and continues to be associated with the national identity of Mexico and allowed Cantinflas to establish a long and successful film career that included a foray into Hollywood. He became a Mexican icon and his legacy endures to this day and even Charlie Chaplin once commented that he was the best live comedian by then.1 2 In the United States, he is remembered as co-star with David Niven in the winning film of the Oscar for the Best Film entitled The Tour of the World in 80 Days, for which Moreno won a Golden Globe for Best Actor – Comedy or musical.

Mexican Toy Industry Collection
The MUJAM acquis goes from 1910 to the 1970s, a 60-year stretch in which socio-economic and political transformations are noted worldwide and nationally.

Street Art
In the Museum of Old Mexico Toy it strengthens and supports youth artistic development that are in search of new opportunities, and spaces to develop socially.

Mosaic 68
In the museum of the old toy Mexico (MUJAM) it is our purpose that the history of Mexico will last and be made known to the new generations, so we have on the fourth floor the Revivamos Mexico gallery there you can find themes from 1968.

Ugly art
To the great range of exhibitions that the Museum of the Old Mexico Toy houses, the newest of these joins: “ART FEO”. An artistic proposal that seeks to highlight the intentions of the artist and that challenges the viewer to look for beauty in the ugliest.

Workshops
The Old Mexico Toy Museum (MUJAM) summons professionals and self-taught students from different disciplines to practice as the drivers of the workshops (proposed by themselves) that will be taught.

Store
Collectible toys, old and new, limited editions, products from Japan and retro items for sale in the store of the Museum of Old Mexico Toy.