“The garden is also a picture.” – Welcome to the World of Great Artistic Gardens

The gardens vary in appearance every day. In fact, we might never see each beautiful moment again, and this is why the whole garden is always full of beauty. The founder Adachi Zenko, with the belief of “the garden is also a picture”, devoted himself to gardening until he died at the age of 91. The six gardens, including the Dry Landscape Garden, are about 165,000 square meters in total. They show various seasonal faces, and have good balance with the surrounding natural mountains. Thus, Adachi’s gardens are said to be a “living Japanese painting.” 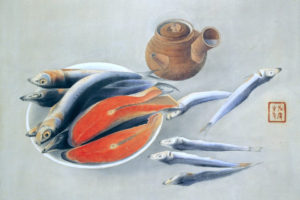 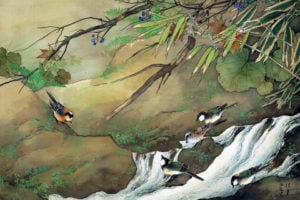 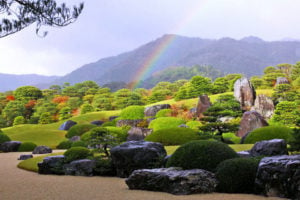 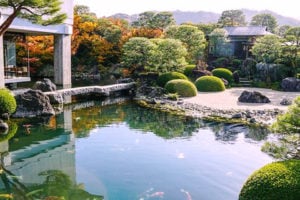 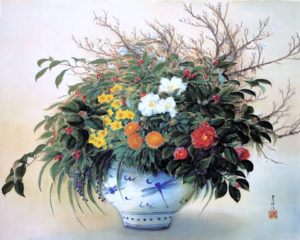 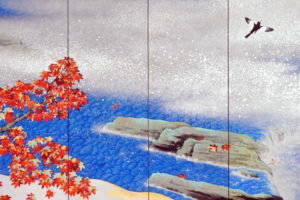 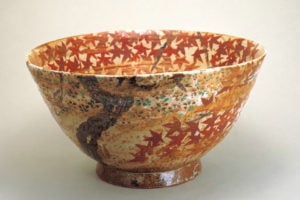 The Adachi Museum’s gardens have been ranked as number one in the “2016 Japanese Garden Ranking,” and this marks the 14th consecutive year in the number one spot. The ranking includes more than 900 places throughout Japan, including historical sites, and was compiled by Sukiya Living Magazine/the Journal of Japanese Gardening, a US magazine that focuses on Japanese gardens.

“Sukiya Living Magazine/The Journal of Japanese Gardening,” a bi-monthly journal, was first published in 1998, in order to introduce Japanese gardens to the world. The journal is published by Douglas Roth, who is based in the U.S. Today, it has subscribers in 37, mainly English-speaking, countries. The Journal ranking attempts to draw people’s attention to garden aesthetics and atmosphere, rather than size or fame. To do this, experts in Japan, the U.S. and Australia investigate gardens throughout Japan, and comprehensively judge them, estimating garden quality, the balance between the garden and the building, and support for the visitor.

The Michelin Green Guide Japan, a travel guide based in France, has awarded Adachi’s gardens with “three-star”, which is the best rating. It is the only three-star site in the San-in area.

The Michelin Green Guide Japan is a part of the most famous travel guide series in France. It has a history of more than 80 years. Recommended sites are listed based on its own standards, using an original rating system ranging from no-star to three-star (worth a trip), from the perspective of travelers.

The Adachi Museum of Art holds a total of 1,500 points, centering on works of painters who were active in modern Japanese paintings. Among them are numerous works of painters known as great artists such as Yokoyama Taiki, Takeuchi Ueho, Uemura Matsuen who created a Japanese painting art. However, the collections are not only famous painters such as Taisyo. In the past, he gained high evaluation and popularity both at home and abroad, many artists of knowledge such as painters forgotten at the moment, painters who played active roles in a field whose name is not known, many masterpieces doing. In addition, even famous painters have unusual works that are different from commonly known impressions, and some less attractive works with opportunities to be exhibited at exhibitions.

The passion for collection of Adachi Takayasu is a well-established place, but the most memorable event is the Kitazawa Collection ‘s “Autumn Leaves (Koyo)”, “Rainbow (Aimeha)” “Ocean Tide It would have bought bulk pieces of works of Taikan, including four subjects and summer. In the Showa 53 Yokoyama Taikan Exhibition saw the “autumn leaves” (six songs folding screen) received the impression that no words came out and tried everything that they could get anything, where the exterior I understood that it is part of the Kitazawa Collection which was said to be “a phantom collection”. At the time, it was in the hands of the trustee, and there were over 20 works by Taikan’s works except “autumn leaves”, most of which were exhibition work by exhibition. Even more surprisingly, for a long time I cut out from the art collection and put it in my forehead, kept watching every day, and continued to watch, including “rain” that I saw even in my dreams. After hardship, it told me that it took two years to talk about all the tales story and to remove “rain falling” and “ocean tide four subjects / summer” from the purchase list. If I do not keep it silent, “I will continue to pass the woman who is loved at first sight for two years and also decide the pillow money, so when you enter the floor, it’s like having a pillow and running away so much, are not you? One seat in front of the trustee committee, I made you cry and said that the hotel decided the last.

Most of the collections were carefully selected by the founder · Adachi Adachi’s eyes. In choosing writers and works, it can be said that they are conducting a wide range of collections without being biased towards specific schools and trends. Full-fledged collection of Japanese paintings began around 1954, but until the death in Heisei 2, the passion that can be said as a collector ‘s obsession never faded away.

Even today, we are striving to enrich the content based on the basic of Adachi Collection, and these works hold a special exhibition four times a year so that you can enjoy with the change of the four seasons of the garden, the main building (Taikan room · In the large exhibition room / small exhibition room), works of 70 points before and after are constantly released.