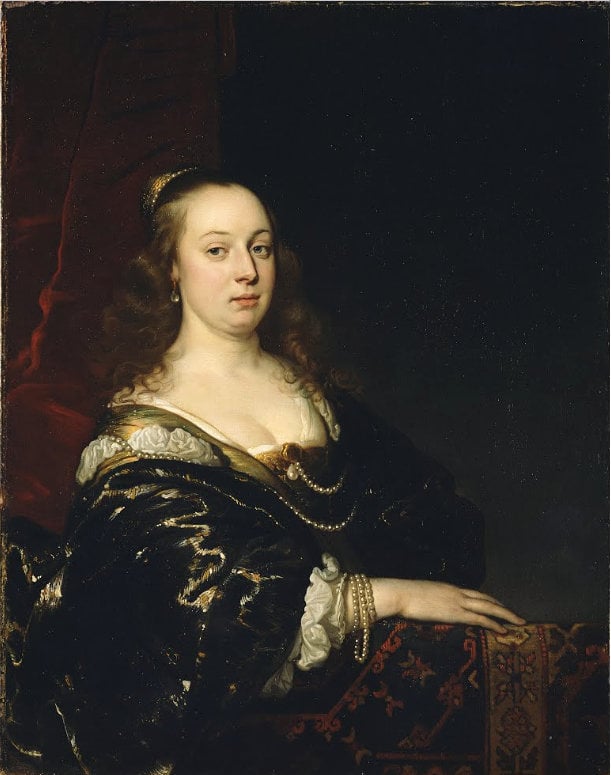 Jacob Adriaensz Backer (1609 – Aug 27, 1651) was a Dutch Golden Age painter He produced about 140 paintings in twenty years, including portraits, religious subjects, and mythological paintings In his style he was influenced by Wybrand de Geest, Rubens and Abraham Bloemaert He is also noted for his drawings of male and female nudes

Jacob Adriaensz Backer was the son of the baker Adriaen Tjerks After his mother’s death, the baptized family moved to Amsterdam, where his father married a widow Backer grew up near the Haringpakkerstoren Together with Govert Flinck, he became a pupil of Leeuwarder painter Lambert Jacobsz, a baptized teacher and specialized in Biblical performances It can not be shown that he has been a student of Rembrandt, as well as Govert Flinck Backer is influenced by painters like Wybrand de Geest, Rubens and Abraham Bloemaert

There is little to say about Backer’s life He never married, never bought a house and no scandals are known Backer worked extremely quickly, about 140 paintings are known, of which 70 are portraits His paint layers are transparent The Amsterdam Historical Museum has a regiment, which made Backer famous at an early age

On the basis of his portrait of Johannes Wtenbogaert, the seat of Rembrandt’s painting was also possible He also made a portrait of the painter Bartholomeus Breenbergh The portrait of a boy in gray is in the collection of the Mauritshuis in The Hague Backer was the master of Jan de Baen, Jan van Noordt and Abraham van den Temple, the son of his teacher

In the Rembrandt House there is a monumental exhibition dedicated to him, with thirty-three paintings and twenty drawings

Work:
His extreme quickness in painting portraits has been particularly noticed, and Joachim von Sandrart wrote in his Teutsche Academie that a woman came from Haarlem and went home the same day, in which short period of time her portrait, cuffs, fur, collar, together with the rest of her dress and both hands, was handsomely completed in a life-sized half-length This remark refers both to the success of the wet-on-wet technique practised in the Netherlands at that time, as well as the fact that the trekschuit, which was a new invention in 1632, allowed regular comfortable transport between Haarlem and Amsterdam and made such trips to portrait painters possible

Besides being an important portrait painter—some 70 portraits can be attributed to him with certainty—Backer was an excellent painter of religious and mythological paintings He was especially interested in pastoral subjects, themes from contemporary history, like Granida and Daifilo, and the huge Crowning of Mirtillo from 1641 in the Brukenthal National Museum in Sibiu (250 x 250 cm) The painting with the schutterij, Company of Cornelis de Graeff, for years on the same wall as Rembrandt’s Night Watch, is in the Rijksmuseum Backer, who joined Rembrandt’s studio between 1632 and 1634, was one of the most independent of his pupils although absorbed the spirit of Rembrand’s style which is reflected in his Portrait of a Woman (Saskia van Uylenburgh?) in the National Museum in Warsaw (c 1633) The artist excelled in painting hands and feet He never painted a town or landscape He was a leading artist in Amsterdam until his premature death in 1651 He was buried in the Noorderkerk