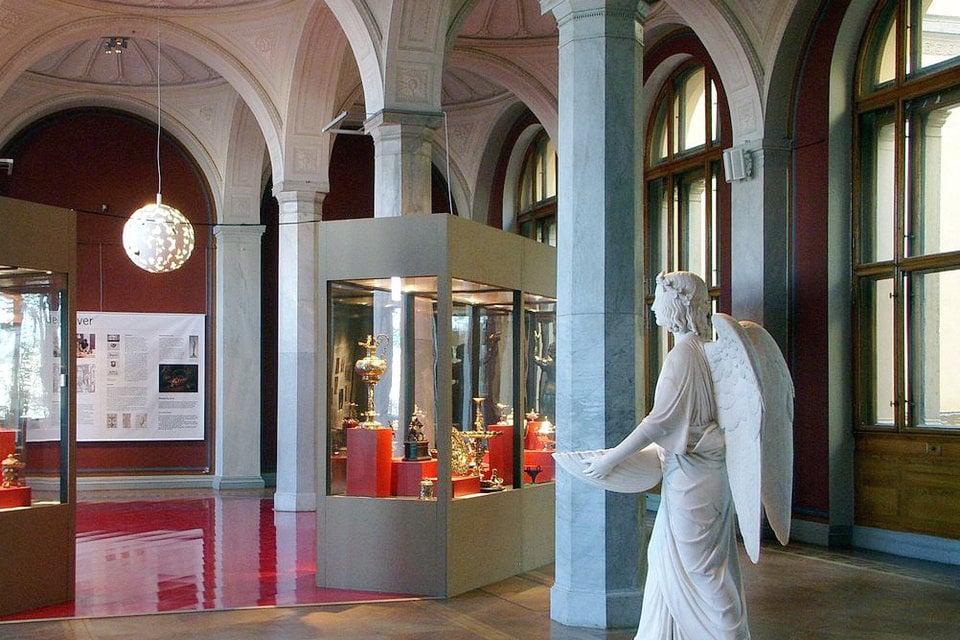 Since the National Museum was inaugurated, the exhibition areas have been reduced and windows have been reopened. The largest visible change in the renovation means that a large part of the museum’s 331 windows, which have previously been closed to protect the art from harmful daylight, will be reopened. The exterior windows are carefully renovated and the inner windows are replaced by new ones with special glass that meet the strict requirements for radiation protection, safety, energy and climate. Each inner window weighs between 800 and 900 kg. With this measure, the visitor will experience new lines of sight through the building and an interesting contact with the museum’s surroundings, Stockholm Castle and Strömmen. In addition, the showrooms and art will be presented as the original architect Friedrich August Stüleronce thought, before electric lighting was installed in the museum.

A year later, on February 20, 2014, SFV was given the government’s task to carry out renovation and rebuilding of the National Museum into a fully modern museum building, adapted to the future of the museum’s activities with preserved cultural historical values in the unique, building-memorized museum building. The work was done in close collaboration with the tenant Nationalmuseum.

On April 1, 2014, the State Property Agency took over the building and during the spring / summer 2014 renovations began with the establishment of a construction site with housing, building boards and weather protection. Cranes and construction elevators were erected. Demolition works, shafts and basic work were carried out for a new loading with culvert. During the renovation, the museum building at Blasieholmen itself was closed to the public. During the time the museum building was closed, the National Museum continued to display its art collection at other locations in Stockholm, Sweden and abroad.

The museum was inaugurated October 13, 2018 by King Carl XVI Gustaf in the presence of parts of the royal family, Minister of Culture Alice Bah Kuhnke and thousands of visitors . The museum’s exhibition space has been expanded and can now receive twice as many visitors and display close to three times as many works. In addition to a technical update, previously sealed windows and roof lanterns have been included to create more daylight and views of the city. The noisy restaurant has been given a better, quieter location and replaced with an airy and quiet sculpture yard. The museum has regained a vibrant color range inspired by the original palette. Wingårdh and Wikerståls have been responsible architects and AIX Arkitekter has been an antiquarian contributor during the construction period.

The museum’s activities also extend outside the building at Blasieholmen. For example, the National Museum belongs to the Swedish State’s portrait collection, which is on display at Gripsholm Castle. An extensive deposit business from the museum holds several authorities and institutions with art. In addition, items from the museum’s collections are displayed at a number of other museum institutions around the country. The superintendent and head of the National Museum is Susanna Pettersson and the number of employees is about 150.