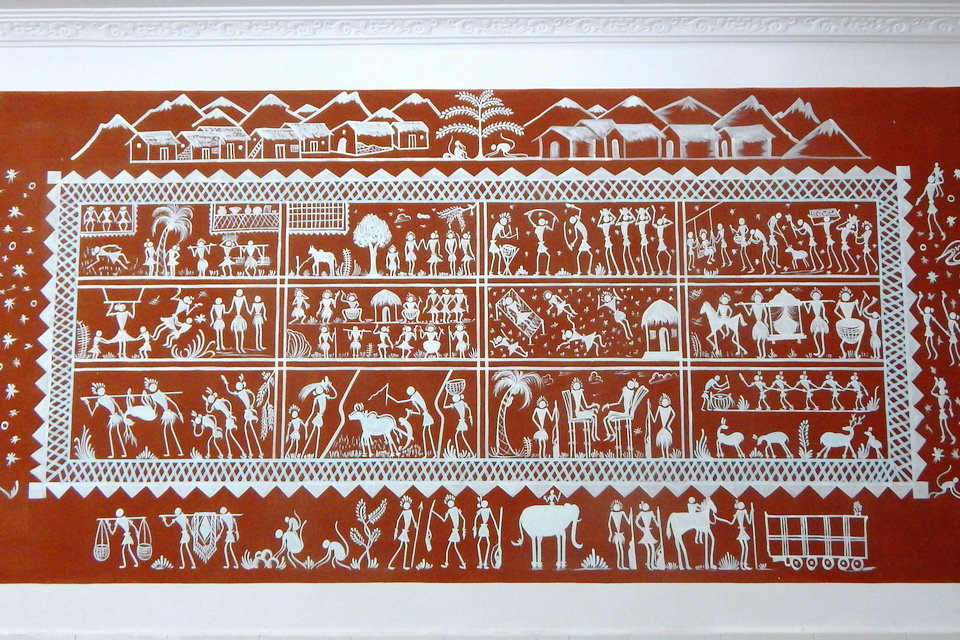 Idital is a form of Saura painting(ikons) associated with the Saura tribals in the state of Odisha in India and mostly found in Rayagada, Gajapati and Koraput districts of Orissa. The tribal deity “IDITAL” (also edital) commands great religious devotion from the tribal people. Each Idital contains various symbols and signs and convey special meaning for which it is meant. Few examples of iditals are (1) Jodisum and Jananglasum,

Origin and History
Seven out of sixty two tribes of Orissa decorate their wall with mural paintings. Souras are specially famous for their rich veriety of paintings based on religious and ceremonial themes. They have invariably religious association for which they are called italons or ikons. Ikons were originally painted on the walls of the Saura’s adobe huts. Ikons are worshipped during special religious and cultural occasions such as child-birth, harvest, marriage and the construction of a new house. It is generally made to appease the Gods and ancestors.

Theme, Color and Style
These icon’s line drawings are based on geometrical forms. The forms are very easiest to draw and the composition of themes are very simple. People, horses, elephants, the sun and the moon and the tree of life are recurring motifs in these ikons. The paintings’ backdrop is prepared from red or yellow ochre earth which is then painted over using brushes fashioned from tender bamboo shoots. Ikons use natural dyes and chromes derived from ground white stone, hued earth, and vermilion and mixtures of tamarind seed, flower and leaf extracts.