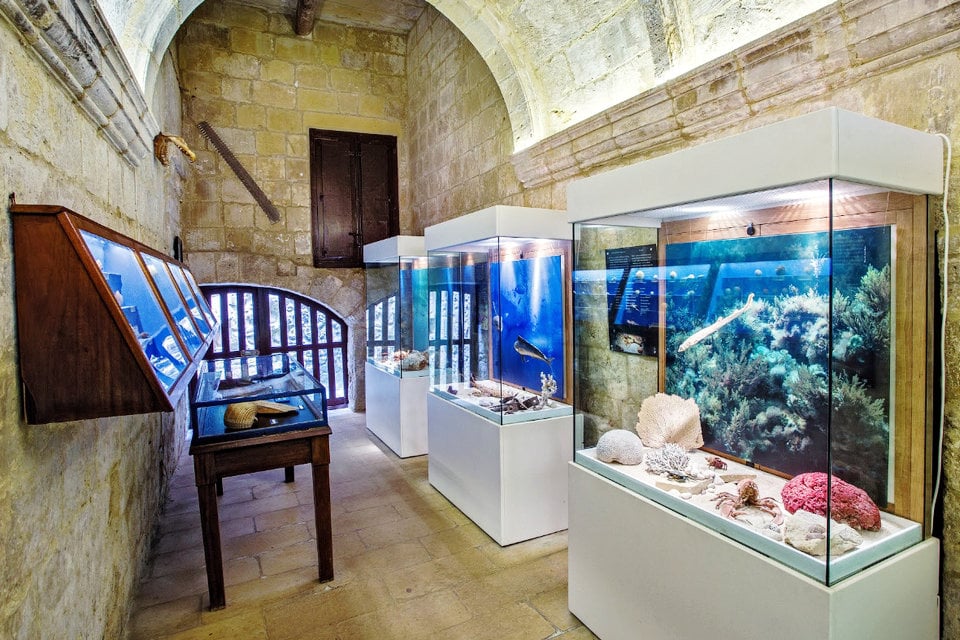 The Gozo Nature Museum is situated behind the Courts of Justice in the Citadel in Victoria, Gozo and focuses mainly on Gozo’s natural resources and their use by the island’s inhabitants. The museum is housed within a cluster of three interconnected domestic buildings, dating back to the 1600s.

The Museum’s collection is distributed on two floors: the ground floor comprises the geology, minerals, human and animal evolution and marine life sections. The geology display highlights the geology of the island of Gozo and includes marine organisms deposited on the sea floor between 35 and 5 million years ago and fragments of fossil bones from the Maltese Islands. The majority of the specimens in the mineral collection come from the generous donation of Dr Lewis Mizzi, a Gozitan lawyer and mineralogist of great repute.

Ground floor:
The ground floor includes sections on geology, human and animal evolution and marine life. The geology of the island of Gozo is presented with fossil marine organisms of Gozo soil, dating from between 5 and 35 million years ago, and fragments of fossil bones of the Maltese islands.

An exhibit not to be missed is a tiny specimen of a moonstone accompanied by a small Maltese flag. The stone was brought from the moon’s surface by the crew of Apollo 11, and offered in 1973 US President Richard Nixon. It should be noted that it is now the only Maltese sample since the 2004 flight of the other specimen in the National Museum of Natural Sciences of Malta in Mdina.

Upper Floor:
The upper floor is dedicated to the study of insects and the flora and ecosystems of the Maltese Islands, particularly of Gozo. The entomology room holds a small but impressive collection of exotic and local insects, butterflies and moths. An important specimen on this floor is the Malta Fungus, formerly believed to grow only on the so-called ‘Fungus Rock’ in Dwejra.

Garden:
A small garden at the back of the Museum is dedicated to garigue flora and one can observe examples of typical indigenous plants, including the Maltese Rock Centaury, the national plant.

The buildings which house the museum are listed on the National Inventory of the Cultural Property of the Maltese Islands.