The Museum of Applied Arts’s collection of lace, and its holdings of glassware—especially Venetian glass—are considered among the finest and most varied in the world. Even in the Baroque period, Venetian glasswork was particularly treasured, and both men and women spent vast sums on the sumptuous lace decoration that fashion demanded.

While glass-making is one of the oldest handicraft techniques in the world, the history of lace-making only begins in the late Renaissance period, probably in Italy. A distinction is made between needlepoint lace and bobbin lace, but combinations of the two techniques are often seen. 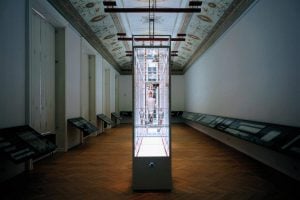 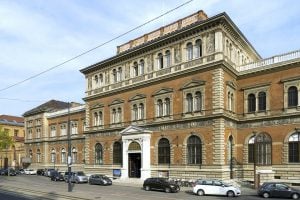 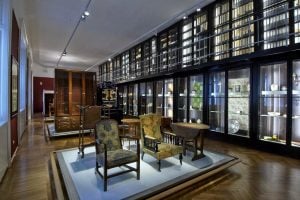 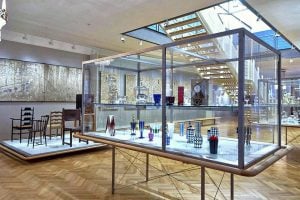 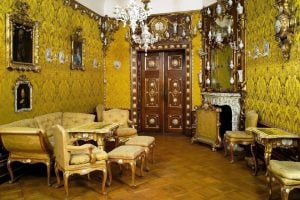 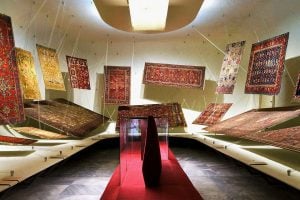 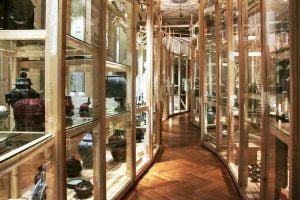 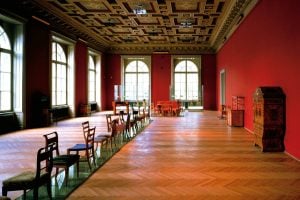 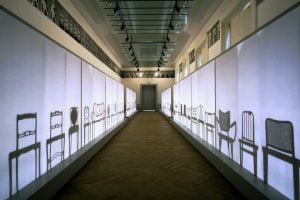 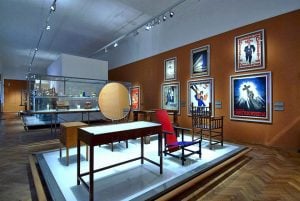 Florence, and later Venice and Milan, were the centers of Italian lace-making in the sixteenth and seventeenth centuries, before lace-making in France and Flanders began during the eighteenth century. Venice was the center of European glass-making from the Middle Ages onwards. Around 1500, Venetian glass-makers succeeded in producing clear, colorless glass. Glassblowing spread from Venice across the whole of Europe. In the north, centering on Bohemia and Silesia, there was a preference for harder glass that could be decorated with relief or intaglio engraving, or glass decorated with enamel, Schwarzlot (“black solder”), or gold.

This presentation of glasswork and lacework is not based only on art-historical criteria, but also on the visual effects of the materials—their “transparency”, material delicacy, and the virtuosity of the craftsmanship involved in their production—which may today be the aspect of them that arouses the greatest admiration.

Curators Franz Graf add personal touch to artistic intervention. Franz Graf is one of the most important representatives of a neo-conceptual position. His innovative combinations of divergent media such as drawing, photography, and installation repeatedly lead to new and open structures. The spectrum of his motifs ranges from abstract to ornamental, figurative and emblematic, or to factual representations of reality made with the camera.

The legacy of those who were here before us = the form of actions, our inheritance = memory: museums are also, like cemeteries, our quiet bliss: because the nature of the encounter also gives rise to understanding: it seems there can be no truth concerning this, but only original, brilliant works: silence is the word extinct. Because the same thing once meant something else: because the essence of things is forever dead, and its material properties maintain this expansion into a different world: because a past exists that the living individual can reach into and at least the possibility is hinted at of coming to an end through oneself and beyond with the early appearance.

Study collection glass
One focus of the list is the glass production of the former imperial monarchy, which had reached a peak in quality and diversity around the turn of the century. The complex interaction of numerous factors and an extensive network of publishers, designers, technical schools and glassworks favored this heyday.

In most cases, a glass was not designed, produced and refined in the same hut. Rather, glassworks acquired designs from artists and executed them with their own or also acquired raw glass. The technical schools were supplied with raw glass by glass factories, which they refined in the school. In return, they provided free designs to the industry.

Glass publishers such as J. & L. Lobmeyr or E. Bakalowits & Sons, both from Vienna, played an important role as intermediaries: they provided designs and had them executed without appearing as manufacturers themselves.

Vienna as the political and cultural center of the monarchy was also the center of the artistic avant-garde with representatives such as Josef Hoffmann, Koloman Moser, Michael Powolny, Jutta Sika, Carl Witzmann, etc. Here the designs were created while the execution in the traditional areas of the Austrian glass industry -Hungarian monarchy, ie in Bohemia.

These artist designs were only produced in very small editions and were not directly included in the hut’s production program. Nevertheless, these extremely modern, revolutionary designs were exemplary. As a result, new form ideas for the regular hut program were developed from them.

The most important glassworks and glass refineries that worked with Viennese artists included the Johann Lötz Witwe glassworks in Klostermühle in the Bohemian Forest, which is known for its iridescent decorations; the company Meyr’s nephew in Adolf near Winterberg, which stands for the production of cut, engraved and painted crystal glass; the Ludwig Moser glassworks in Karlsbad; the glass refinery Johann Oertel & Co and Carl Schappel in Haida and others.

The technical schools maintained close contact with the Austrian Museum of Art and Industry, today’s MAK, and the Vienna School of Arts and Crafts, whose teachers created designs for the Bohemian glass industry and whose graduates were appointed to the technical schools as teachers. In addition, the schools regularly took part in the winter exhibitions of the museum and presented their latest designs there.

Objects from the J. & L. Lobmeyr company spanned the 21st century in the 2007 reorganization of the MAK glass study collection. Continuing the tradition of cooperation with contemporary artists, Barbara Ambrosz, Florian Ladstätter, Miki Martinek, Sebastian Menschhorn, Peter Noever and Polka (Marie Rahm, Monica Singer) designed objects for J. & L. Lobmeyr that are based on the mediation of the publisher in Bohemian Manufactures were carried out.

Another aspect of the study collection is represented by glass paintings for the sacred and secular areas. The earliest examples date from the 14th century from St. Stephan in Vienna and are among the oldest surviving Austrian glass paintings.