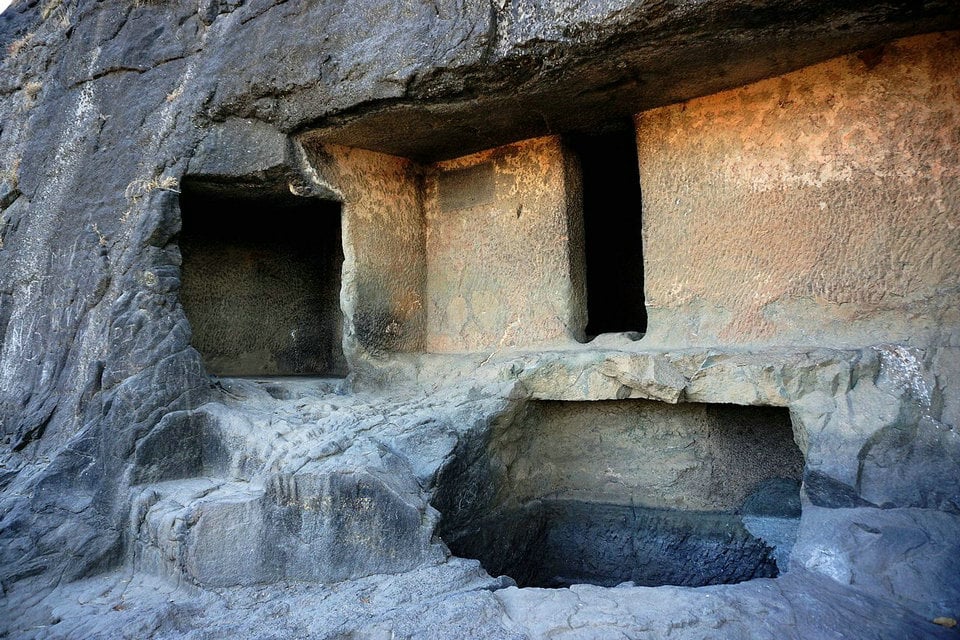 The Ghorawadi caves, also known as Ghorawdeshwar, are around 40 km from Pune, India containing carvings and statues of Buddhist and Hindu deities.

They are close to the NH4 highway connecting Pune and Mumbai. The caves were carved out of a single rock formation around the 3rd and 4th century CE.

There are nine rooms for meditation adjoining the GRIHA. An inscription in Brāhmī script on one of the walls says that the Chaityagriha is dedicated with affection by Buddha and Sagha – the daughters of Dhapar who was a disciple of Bhadantsingh. The same GRIHA us now a Shri Ghorwadeshwar Temple.

The caves are situated at the top of a hill. Several caves contain representations of deities including Vitthal, Rakhumai and Saint Tukaram. It is said that Saint Tukaram used to meditate at Ghorawadi caves and also at places like Durga Tekdi near Nigdi, Bhandara and Bhamchandra near Dehu.

A large cave contains a reoresentation of Shivlinga that is visited during Mahashivratri by people seeking the blessings of Lord Shiva.