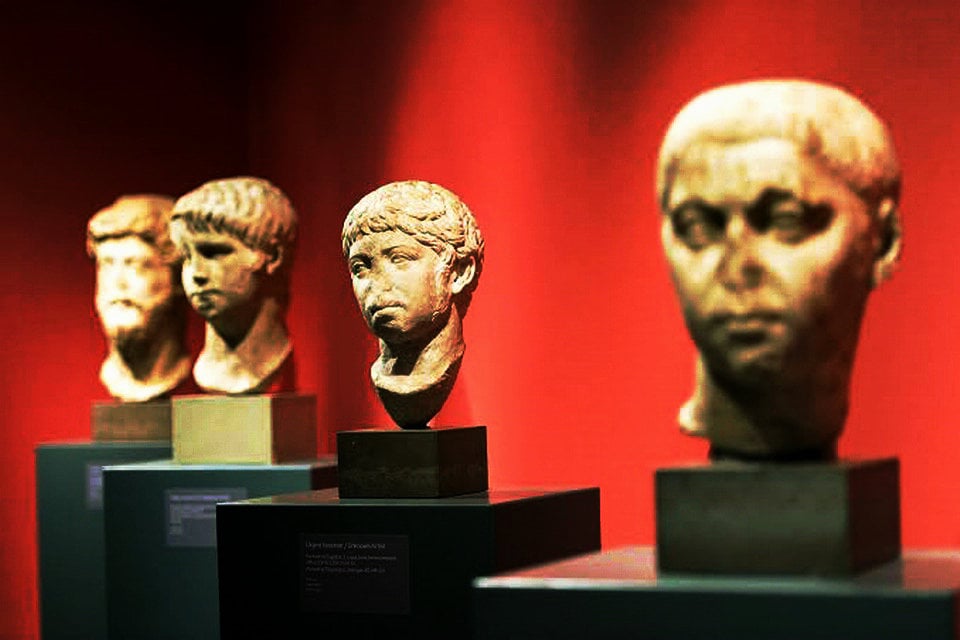 From Antiquity to Baroque, National Gallery of Norway

From Antiquity to Baroque (room 1 to room 7) is the first part of the exhibition “Dance of Life”. The only comprehensive Norwegian collection of antique sculptures contains mainly roman copies of Greek art from the archaic to the hellenistic period as well as a series of portraits of Roman emperors. A small but first class collection of Russian icons focused on the Novgorod School links antique forms to renaissance iconography. Here the collection has a first highlight in a large assortment of graphic works by Albrecht Dürer and a small group of works by Lukas Cranach the Elder and his workshop. Important here is The Golden Age, one of his main works.

Baroque art is represented not only by paintings, but also by a large number of drawings and graphic works, mainly by Dutch and Flemish artists. Many graphic works by Rembrandt van Rijn, a vedute by Jan van der Heyden, or still lives by Baltasar van der Ast and portraits by Anthon van Dyck give an exemplary survey of central genres of the 17th century. A painting by El Greco and a representative group of Italian baroque drawings complete this section.

The Dance of Life
With more than 4,000 paintings, 1,000 sculptures and nearly 50,000 works on paper, the National Gallery’s art collection is the most comprehensive and wide-ranging in Norway, and one of the largest of its kind in Northern Europe. The public is invited on a journey through art history from antiquity to 1950, with an emphasis on Norwegian art after 1800.

Its central part is the most comprehensive collection of Norwegian art from the late 18th century until the end of World War II. It contains many iconic works, like the first painted version of Edvard Munch’s The Scream from 1893. Furthermore the collection deals not only with important chapters of the preceding art history but also with parallel developments in the northern countries and in Europe, so that Norwegian art can always be seen and experienced in context with other tendencies.

Art from Antiquity to 1950
The collection of old masters and modern art at the National Museum is one of the largest collections in Scandinavia. It consists of 4,500 paintings and 900 sculptures from antiquity until approximately 1945 as well as 50,000 works on paper (20,000 drawings and 30,000 graphic works) from the middle ages until today. The collection has also a large range of historical plaster casts from antiquity up to the renaissance.

Highlights
The exhibition presents a chronological overview of more than 300 Norwegian and international masterpieces from the Renaissance, the Baroque period, Romanticism, Realism, Impressionism, Symbolism, Cubism and modern abstract art. Special attention is devoted to paintings by J.C. Dahl and Romanticism, Christian Krohg and Realism, Edvard Munch’s renowned works, as well as Norwegian evocative painting from the turn of the last century.

The Scream, Madonna, The Sick Child, and The Dance of Life are but some of the highlights of the museum’s ample collection of works by Munch. Other highlights include Tidemand and Gude’s national-romantic masterpiece Bridal Procession on the Hardangerfjord as well as the perhaps most important work of Norwegian neo-romanticism, Harald Sohlberg’s Winter Night in the Mountains. Christian Krohg is well represented in the exhibition, with key works such as the poignant Albertine to See the Police Surgeon.

International works of art
International works of art include Greco-Roman sculptures and several paintings by the German artist Lucas Cranach. The Penitent Mary Magdalene by the Italian artist Artemisia Gentileschi, a woman who was also one of the most accomplished painters following Carravaggio, is one of the featured highlights from the Baroque era.

The museum shows permanent exhibitions with works from their own collection and various exhibitions with borrowed and own works. The museum’s sights in Oslo are the National Museum – Architecture and Villa Stenersen . The National Gallery temporarily closed on January 13, 2019 . The Museum of Fine Arts closed October 16, 2016. The Museum of Contemporary Art closed September 3, 2017. The exhibition program also includes walking exhibitions at home and abroad.The new National Museum opens in 2020.

The museum presents a number of exhibitions with presentation of Norwegian and foreign art, architecture and design, both in the museum buildings in Oslo, in the rest of Norway through a nationwide program and abroad.

The museum aims to “raise the knowledge and commitment to visual arts, architecture, crafts and design, develop the critical sense, stimulate new recognition, create greater historical awareness and tolerance for diversity”.
﻿
The National Gallery and the Museum of Contemporary Art
Older and modern art is on show at the National Gallery, contemporary art at the Museum of Contemporary Art. The main emphasis of the collection is on Norwegian painting and sculpture from the 19th century. The museum also holds an extensive collection of drawings and prints by Norwegian and international artists. Highlights of the collection include major works by Edvard Munch, including The Scream. Other important artists are J.C. Dahl, Adolph Tidemand, Hans Gude, Harriet Backer and Christian Krohg. The collections from the 20th century illustrate the development of Norwegian fine art with reference to key works of Nordic and international art in the fields of painting, sculpture, photography, video and other media. Central to the collection of international contemporary art is Ilya Kabakov’s permanent installation The Man Who Never Threw Anything Away (1988–1995).

The National Gallery will remain a part of the National Museum and continue to exhibit art in the future.