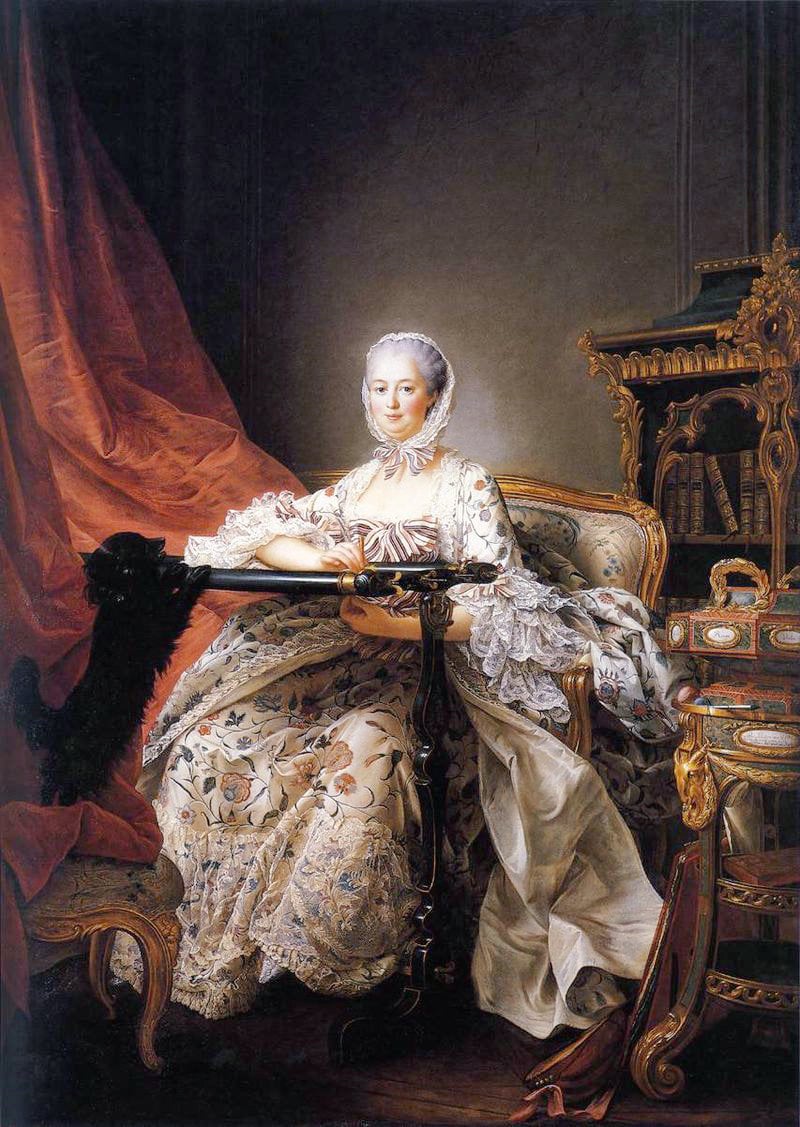 François-Hubert Drouais (born December 14, 1727 in Paris, died October 21, 1775 in Paris) is a French painter, specialized in portraits, He specialized in portraits of the French nobility, foreign aristocrats, writers, and other artists. He was a pupil of Donat Nonnotte. Some of his portraits include Louis XV’s last two mistresses, Madame de Pompadour and Madame du Barry respectively. He even painted the young Marie Antoinette.

He became successively the pupil of his father, Hubert Drouais, Donat Nonnotte, Carle Van Loo, Charles-Joseph Natoire, and François Boucher. Received a member of the Academy on November 25, 1758, on presentation of a portrait of Coustou and a portrait of Bouchardon (now in the Louvre), he was soon called to Versailles. François-Hubert Drouais became one of the favorite painters of Madame de Pompadour, whose famous portrait, painted in 1763 – 1764, is now preserved at the National Gallery in London. And then works for Madame du Barry. He quickly acquired a great notoriety at the court, performing portraits of the royal family and nobility (such as the Portrait of Madame de Tencin), artists (Edme Bouchardon, sculptor, Paris, Carnavalet museum) Bust, and also portraying the guest visitors to Versailles. Showing little concern for the psychological truth of his subjects, he willingly poured into flattery, greatly idealizing his models, while integrating an originality in the court portrait, which detached him from “the baroque grandeur of Rigaud and mythologies Allegorical of Nattier “.

He is distinguished in portraits of children, such as The Count of Artois and his sister, Madame Clotilde (1763, Paris, Louvre Museum), is the most moving example, but we can also mention Les enfants du Duke of Bouillon disguised as Savoyards (1756, private collection, with a taste for picturesque costume), The Duke of Berry and the Count of Provence in their childhood (1757, Sao Paulo, Museum of Art), Alexandrine Lenormant D’Etioles and Girl holding her doll (Paris, Cognacq-Jay Museum). He also renews the tradition of family portraits (for example The Marquis de Sourches family, 1756, presented at the Salon of 1759, preserved at Versailles), placing the models in a subtle and true setting, unlike the theatricality of François Boucher, and thus announces the sensitive portraits of Elisabeth Vigée-Lebrun. The idealization of the model sometimes leads him to a certain superficiality, and an inexpressiveness, combined with the porcelain tones of the rather artificial and exaggerated make-up, which connect him here with the Nattier generation. However, Diderot recognizes in him a “pleasant invention”, and Drouais shows a talent in the staging of anecdotal details, pets, and accessories that reveal a certain talent for the still life, and places it as The dominant figure of portraiture at the end of the reign of Louis XV.

His son, Jean-Germain Drouais, a neo-classical painter, was his pupil.