Worth, Vionnet, Balenciaga, Chanel, Dior, Yves Saint Laurent, Versace: The “who’s who” of seminal fashion designers has been convened at the Berliner Kunstgewerbemuseum. Couture clothing, from designers such as Jacques Doucet, Coco Chanel and Paul Poiret began arriving at the museum in the 1970s. With the acquisition of one of the world’s most important private fashion collections formerly owned by Martin Kamer und Wolfgang Ruf in 2003, the collection was expanded by 280 articles of clothing from 50 renowned European and American couturiers–key items of the 20th century. Including the collection of historical garments of the 18th and 19th century, the Kunstgewerbemuseum Berlin houses one of the most comprehensive collections in Germany. 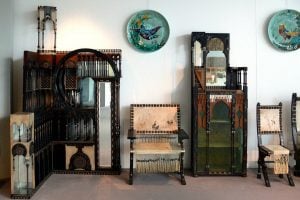 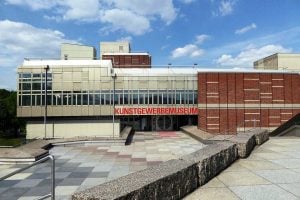 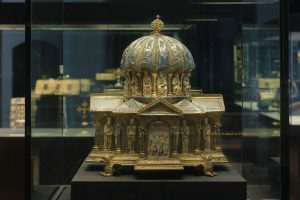 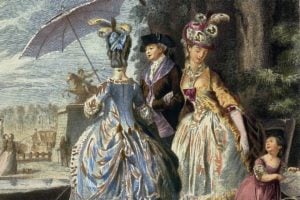 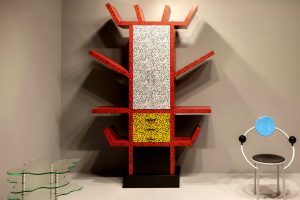 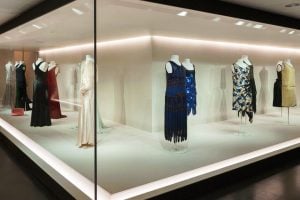 Dress and costume gallery
The fashion galleries of the Kunstgewerbemuseum are organized by era. In this gallery you can explore ladies and men’s fashion of the 18th century.

Collection
The fashion and costume collection was particularly enriched in 2003 by the acquisition of the Kamer / Ruf collection and in 2005 by the takeover of the collection of the Berlin fashion designer Uli Richter . The main works of this collection are shown since 2014 in the newly established exhibition focus “Fashion Art Works” on the ground floor. In the basement, in the “Neue Sammlung” 20th century arts and crafts are supplemented by industrial products.

To present its huge range of exhibits, covering a multitude of styles and materials, the Kunstgewerbemuseum offers a variety of themed tours. The new fashion gallery beckons as soon as you enter. In large showcases, installed in rooms lit dimly for conservation purposes, mannequins model around 130 costumes and accessories. Representing 150 years of fashion history, the display conveys a sense of strolling through a shopping arcade, with the creations of such famous couturiers as Paul Poiret, Elsa Schiaparelli and Christian Dior in the windows. This is the first time that Berlin has had a permanent exhibition covering every aspect of fashion. The core of the display is the international collection of Martin Kamer and Wolfgang Ruf, which was purchased in 2003.

Addressed by the Berlin fashion designers Brachmann, William Fan, Firkant, Marina Hoermanseder, Barre Noire, Sample-cm, Michael Sontag, Steinrohner, Nobi Talai and Philomena Zanetti. They created new work using the Kunstgewerbemuseum’s Richter Collection as inspiration, developing modern designs in their own respective styles. The designers’ creations will be shown in the third part of the exhibition before the viewer is released back out into the diverse fashion metropolis of Berlin.

Kunstgewerbemuseum Berlin
The Kunstgewerbemuseum (Museum of Decorative Arts) is the oldest of its kind in Germany. It houses world-famous examples of European arts and crafts, including magnificent reliquaries made of gold and precious gemstones, exquisite vases of glass and porcelain, finely embroidered textiles, ornate inlaid furniture, and classic examples of modern industrial design. The permanent and special exhibitions hosted by the Kunstgewerbemuseum can be seen at two locations in Berlin: at the Kulturforum near Potsdamer Platz and in the picturesque setting of Schloss Köpenick on an island on the river Dahme. The Schloss Köpenick site features masterpieces of interior design from the 16th to 18th centuries.

The museum at the Kulturforum was completed in 1985 to designs by Rolf Gutbrod, one of the leading German architects in the 1960s. Gutbrod’s trademark is that he allowed structural elements of his buildings to remain clearly visible. The museum is conceived as a ‘constructed landscape’ and the trees dotted around the side make reference to the adjacent Tiergarten park. While the building has a closed appearance from the outside, it welcomes visitors on the inside with an open stairwell and generous exhibition spaces. Visitors are encouraged to focus completely on the remarkable exhibits in the collection and to wander from one level to the next.

From 2012 to 2014, large parts of the original Gutbrot building were modernized by the architectural practice of Kuehn Malvezzi. Since reopening on 22 November 2014, the Kunstgewerbemuseum’s main site at the Kulturforum now again provides a systematic overview of the key achievements in European design, from the Middle Ages to the present day. New features in the collection display include an extensive Fashion Gallery as well as the departments of Design and Jugendstil to Art Déco.

Ater extensive renovations 2014, the Kunstgewerbemuseum (Museum of Decorative Arts) in the Kulturforum greets the world in dazzling, new attire. Many parts of the building, designed in 1966 by Rolf Gutbrod in the spirit of post-war modernism, have been remodelled by the architectural firm of Kuehn Malvezzi. In the foyer, the ticket desk, information desk and cloakroom have been housed in white, cube-shaped installations, whose simplified form allows them to retreat into the background, leaving the staircase to occupy a space of its own. The treads of the stairs have been enclosed in a sumptuous casing, emphasising the horizontal and lending a unity to the staircase while at the same time bringing out its sculptural quality.

An easy-to-follow signage system explains the spatial arrangement of the building, directing visitors around it by means of red, overhead signs. Also newly designed are the exhibition rooms for the Fashion, Design, and Jugendstil to Art Deco collections.