Taltabull (Barcelona, 1888-1964), pianist, composer, arranger, orchestrator, director, critic and musical educator, is a leading figure in the Catalan music school – and in particular in the field of composition – in a few moments as gray and difficult as those after the Spanish Civil War.

He is a teacher of teachers. His pedagogical work and the recognition of his disciples, in particular, of his disciples have made him a prestigious reference. Xavier Benguerel, Teresa Borràs, Josep Cercós, Joan Comellas, Marçal Gols, Joan Guinjoan, Josep M. Mestres Quadreny, Salvador Moreno or Josep Soler are some of the composers who have received their masters degree. 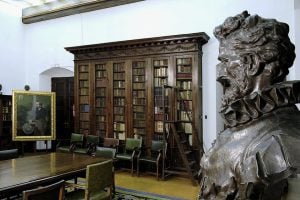 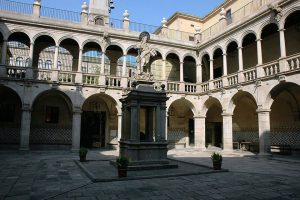 His integrity and his work honor him, they show him as a whole. And this perception has led us to consider a certain parallel between Taltabull and the theory of the four natural elements – earth, air, fire and water. We find fidelity to the roots and respect for the ancestors (earth); openness of thought and generous bonhomia (air); purity of expression and ethical commitment (fire), and freedom of movement and letting go of encouragement (water).

This theory, that of the four elements, was born between pre-democratic philosophers to be able to explain the origin of the world. Plato later proposed a fifth element – energy, ether, or idea – in the geometric ways in which the Pythagoreans related the elements. Finally, this conception was overcome by scientific discoveries of the sixteenth and seventeenth centuries, which gave rise to thousands of elements.

In 1988, the Biblioteca de Catalunya celebrated the centenary of the birth of Taltabull with an exhibition on the musician and his background. Now, as he is fifty years after his death, he wants to show it in all its manifestations, even as a fifth element: his legacy, the fifth essence.

Biography
Cristòfor Taltabull (Barcelona, 28 of July of 1888 – Barcelona, 1 May of 1964) was a Catalan composer and music educator. One of the most important musical personalities of his time, he opened the doors to the exercise of composition to prominent names of Catalan music. More recognized as a pedagogue than as a music creator, this recognition has left behind works such as The Seven Words of Christ on the Cross (1943) based on a text by Félix Castellà.and that stands out as one of the great works in the catalog of a composer who was instrumental in the reconstruction of musical life in Catalonia after the Spanish Civil War.

He was born in the year in which the Universal Exposition of Barcelona was opened, in a Catalan bourgeois family, and studied general in the Jesuits on Carrer de Casp in Barcelona. His father was Rafael Taltabull i Borràs and his mother Lluïsa Balaguer i Bruguera, both from Barcelona. He began studying music, mainly piano, in Barcelona, with Claudi Martínez and Josep Font (disciples of the teacher Pere Tintorer), and received valuable advice from Felipe Pedrell.

In 1907 he released his first compositions in Barcelona, and then went to Munich to attend classes in analysis, aesthetics and musical theory with professors Wiedermeyer and Klose. He is also studying in Leipzig with Max Reger, a composer who influenced and always revered him. Regarding the piano, despite its absence, it must be assumed that he continued to perfect it, as he presented himself and won first prize in the annual conservatory competition.

In 1940, as a result of World War II, he returned to Barcelona, where he stayed permanently. It is safe to say that his homeland welcomed him with a degree of indifference, and certainly with a treatment far removed from what he had been subject to before his first trip to Paris, just as he was hailed as the “young modernist”. he came from Germany and succeeded in very specific circles.

In the postwar period of Spain, he could not resume his musical activity sufficiently properly and in accordance with his training and capabilities. Only the dedication to music pedagogy, which he particularly taught in his home, gave him prestige and recognition that made him an endearing figure in the music world.

A group of gifted students found in Taltabull the teacher they had not met in official centers, who opened their eyes and trained them as much as he knew. Some of these disciples have, years later, become some of the main players in Catalan musical life in the second half of the 20th century.

He was buried in the Montjuïc Cemetery and his personal collection is kept in the Biblioteca de Catalunya.

Memorial ceremony
For memory the 50th anniversary of the death of the Catalan composer Cristòfor Taltabull. On the occasion of this event, the Biblioteca de Catalunya dedicated an exhibition to the master Taltabull in the Sala de Llevant of the Library of Catalonia will host a concert by the Chamber Choir Dyapason, directed by Teodor Roura and accompanied by the piano by Lluís Roselló.

The concert will consist of three parts: a first, performed by the a cappella choir; a second one, with solo voices accompanied by the piano, and the last one. for choir and piano.

The musical repertoire honors the figure of Cristòfor Taltabull as well as some of his disciples, such as Josep Cercós, Salvador Moreno and Josep Soler, in a special way, since they are responsible for the legacy of Master Taltabull being deposited in the Library of Catalonia. Also performed will be a work by the master Max Reger, of whom Taltabull was a disciple, and who became one of the referents of the Barcelona composer.

Library of Catalonia
The Biblioteca de Catalunya is a Catalan institution whose main mission is to form the Bibliography Catalana with the acquisition of the bibliographic collections printed in Catalonia.

It was created in 1907 as a library of the Institut d’Estudis Catalans. It was opened to the public in 1914, in the days of the Mancomunitat de Catalunya at its headquarters in the Palau de la Generalitat. Its current director is Eugènia Serra. In 1931 it occupied a large part of the buildings of the old Hospital de la Santa Creu de Barcelona, a whole of the fifteenth century, owned by Barcelona City Council.. The Library currently occupies a total area of 8,820 m², has a fund of approximately three million copies, and apart from the headquarters it has other external premises, in Barcelona itself and in Hospitalet de Llobregat. In 1981, the Library of Catalonia became a national library of Catalonia, in accordance with the Library Law approved by Parliament, and as such assumed the reception, conservation and dissemination of the Legal Deposit of Catalonia. It receives funds from Enric Prat de la Riba, Marià Aguiló, Jacint Verdaguer, Isidre Bonsoms, Joaquim Furnó, Eduard Toda, among others.