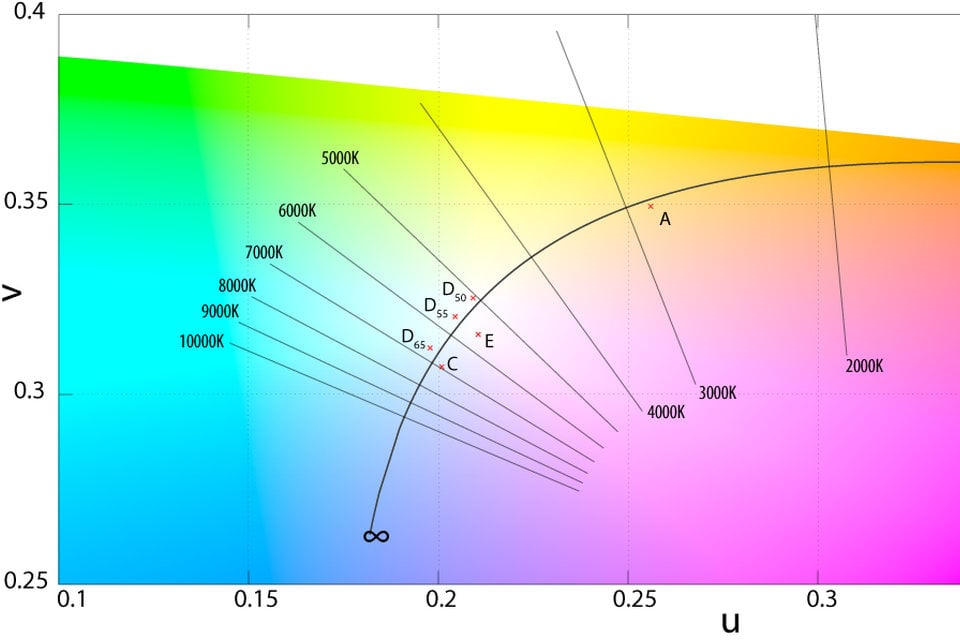 Colorimetry is “the science and technology used to quantify and describe physically the human color perception.” It is similar to spectrophotometry, but is distinguished by its interest in reducing spectra to the physical correlates of color perception, most often the CIE 1931 XYZ color space tristimulus values and related quantities.

Colorimetry is the psychophysical discipline that aims to measure color. It links physical measurements made on light to colorful perceptions.

Light is an electromagnetic radiation that can only be fully described by its spectrum; but only three numerical quantities derived from measurements of the light spectrum are needed to identify the color so that valid color comparisons can be made about the lights in question without seeing them.

Colorimetry supports visual examination in all cases where an objective finding is desirable, such as in the quality control of paints, varnishes and stains; in resolving disputes between suppliers and customers, or between manufacturers for model issues; and also in the case where a precision greater than that of the visual evaluation is necessary, as in chemistry or, more recently, in the follow-up of the maturation of the fruits on the tree.

The basic colorimetry, studying human reaction to isolated light stimuli, was developed from the mid-nineteenth century. Colorimetric studies continued with the more complex study of color differences, visual adaptation and color interaction, and more complex visual characters such as transparency, gloss, and pearlescent, whose perception is inseparable from that of color.

Instruments
Colorimetric equipment is similar to that used in spectrophotometry. Some related equipment is also mentioned for completeness.

So far only an instrumental detection of the color stimulus is possible; the desired numerical representation of the color valence as a color system therefore requires a mathematical apparatus or suitable material filtering. In other words, the measurement is made instrumentally according to the spectral composition of the recorded light, the transformation (Figure) on the three pin absorption is done by calculation. The finding of the exact mapping function, the design of the color space, is the currently still existing problem of color valence measurement.

Measurement methods
There are various methods for measuring the color (color valences).

Equality method
In this method, the examination sample is compared with a series of known standard patterns by a technical device or visually with the eye until the equality is reliably established. It is also possible to offer the selected (three) basic colors proportionally. Technical implementations are the color gyro or the Maxwellian view. In the first case, the temporal resolution of the measuring device (for example, the eye) is undercut by a rapid change, in the second case, a spatial distribution of the primary colors is brought to a (seemingly) common surface by a defocusing and perceived by the eye as a uniform color impression. Usually, this method uses the equality judgment of the normal-sighted eye, so it is actually subjective. The development of expensive technical devices has been adjusted by improved computing technology in favor of the following two methods, which, however, require calculations.

Brightness method (tristimulus method)
The color stimulus hits such a receiver whose spectral sensitivity corresponds to the primary color spectral values by connecting appropriate color filters. The measuring element (photocell, today photodiodes) then measures a “brightness” which (ideally) corresponds to the stimulus at the pin. The measured value thus corresponds to the color valence. Most suitable are filters according to the standard spectral value curves. If the three color filters (or color filter combinations) defined in this way are connected one after the other, the three standard color values result directly. The prerequisite is that the Luther condition be respected. The measurement accuracy depends on how well the spectral composition of the color filters is adjusted. Color sensors operate according to this principle and have three photodiodes with three upstream filters in one housing.

Spectral
Each color valence is the integral over all spectral (monochromatic) color valences. The spectrum (ie associated intensities) of the light color or body color to be examined is measured over the wavelength range of the visible light. For body colors, the illuminating light must also be included. Through over one hundred years of device development (spectrophotometer, spectrometer) with connected computing technology, powerful devices make this process the most widely used today.

Selection coordinate method
In this method multiplication is omitted by revaluation of the integrals. Using a set of tabulated standard values, the spectral measured value is determined at suitable reference points. Here, the selected βλ or τλ are determined and so only one addition of these numerical values is necessary.

Color Meters
Since the 1980s, colorimeters are mostly spectrophotometers that automatically register the spectral curve and then perform the necessary integration of the measured values obtained on the chip used. Of course, the output of the measured values can then take place in different coordinates (corresponding to the desired color space) or also as a spectral curve. By storing, the color gaps between the color original and a series of patterns can be output. By converting to different (preferably normalized) light types, the metamerism index can also be calculated from template to sample.

The absolute spectral power distribution of a light source can be measured with a spectroradiometer, which works by optically collecting the light, then passing it through a monochromator before reading it in narrow bands of wavelength.

Reflected color can be measured using a spectrophotometer (also called spectroreflectometer or reflectometer), which takes measurements in the visible region (and a little beyond) of a given color sample. If the custom of taking readings at 10 nanometer increments is followed, the visible light range of 400-700 nm will yield 31 readings. These readings are typically used to draw the sample’s spectral reflectance curve (how much it reflects, as a function of wavelength)—the most accurate data that can be provided regarding its characteristics.

The CIE (International Commission on Illumination) recommends using measurement intervals under 5 nm, even for smooth spectra. Sparser measurements fail to accurately characterize spiky emission spectra, such as that of the red phosphor of a CRT display, depicted aside.

Color temperature meter
Photographers and cinematographers use information provided by these meters to decide what color balancing should be done to make different light sources appear to have the same color temperature. If the user enters the reference color temperature, the meter can calculate the mired difference between the measurement and the reference, enabling the user to choose a corrective color gel or photographic filter with the closest mired factor.

Internally the meter is typically a silicon photodiode tristimulus colorimeter. The correlated color temperature can be calculated from the tristimulus values by first calculating the chromaticity co-ordinates in the CIE 1960 color space, then finding the closest point on the Planckian locus.