The Museum displays over 1500 examples of luxury women’s shoes, dating from 1947 to the present day. The models were designed and produced by Rossimoda for the most prestigious international designers. A precious collection of nineteenth century Venetian footwear is also on show. The exhibition traces the progress of the company over the years, testifying to the local skills and knowledge of the Riviera del Brenta shoemaking district.

The Yves Saint Laurent collection
Produced from 1963 to 2000. 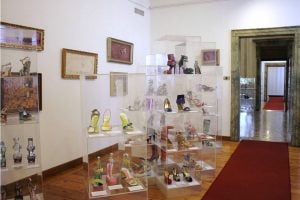 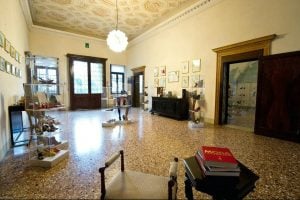 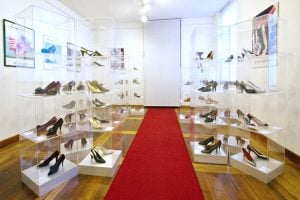 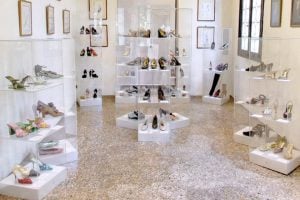 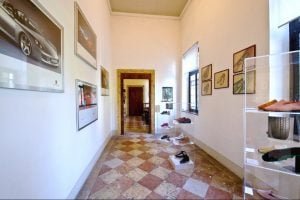 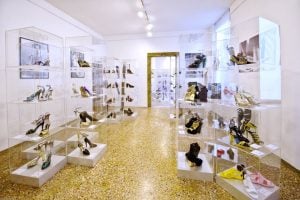 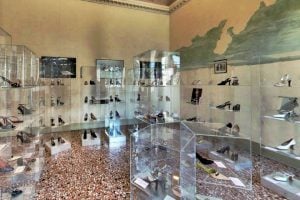 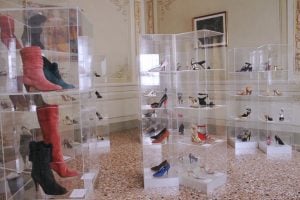 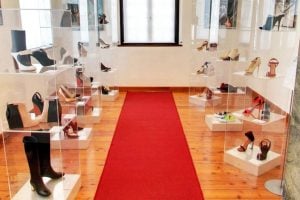 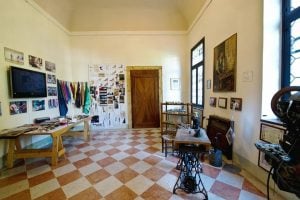 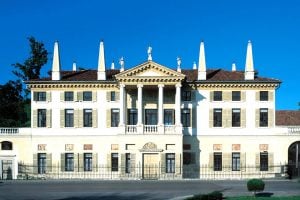 Yves Saint Laurent was born in Oran, in the French Algeria, the 1st of August 1936. In the family Villa, settled on the Mediterranean sea, he started, since childhood, to draw dresses for his mother and sisters. Once adult, he moved to Paris and met Christian Dior, starting a collaboration lasted from 1954 to 1958. In January 1962, helped by the colleague and partner Pierre Bergé, he lauched his first personal collection, obtaining great success. The collections were inspired by history, art, literature and Yves Saint Laurent’s passion for the theatre. He managed to cleverly combine opulent fabrics, unusual ideas and ethnic colours with precision. His style stands out for its trembling perseverance and cheeky bravery, key factors to set his success and importance, not only in fashion but also in society. He died in Paris the 1st of June 2008.

The great 20th century French designer Yves Saint Laurent may have wowed the audiences at his runway shows with his earrings, hats and gloves, yet he regarded other accessories as necessarily less showy parts of an outfit.

For him, shoes fell into the category of discreet complementary details, of light final touches to be applied sparingly.

As the designer’s fame grew, so did the demand for his shoes, which Saint Laurent managed to satisfy, without lowering his standards.

Saint Laurent typically produced one or two shoe designs for the four haute-couture shows every year, and these would be made up in his own in-house workshop.

There was nothing more alien to Saint Laurent’s taste than the notion of matching accessories or coordinating shoes, he rejected adamantly to the bourgeois convention and starchy elegance. he never bowed to middle-class edicts, and often delighted in contradicting the most basic of bourgeois fashion faux pas.

Suppliers had to maintain very close contact with Paris, however, and ensure that their products met Saint Laurent’s exacting standards: nothing escaped his notice, from the quality of the skins to the design of the shoes, which were adapted from haute couture styles.

Footwear Museum of Villa Foscarini Rossi
The Rossimoda museum of footwear is located in the main villa of the seventeenth-century architectural complex Villa Foscarini Rossi in Stra along the Riviera del Brenta in the province of Venice. The museum deals with footwear and costume history and collects a collection of over 1700 models of luxury women’s shoes, produced by the shoe factory of the same name in collaboration with high fashion houses.

The museum is one of the few Italian museums dedicated to footwear. It is reviewed in the repertoires of corporate museums and considered relevant in its specificity .

It preserves more than 1700 models, the majority of which testify to the company’s collaboration with stylists from all over the world. .

Prototypes of the company’s collaborations with international fashion houses, from Dior to Yves Saint Laurent, from Givenchy to Ungaro, to Fendi, Christian Lacroix, Pucci, Calvin Klein, Porsche and others. Pieces representative of the company’s history, the historical period and the social context or because they are remarkable from a technical and artisan point of view are exhibited.

The minimalism of American designers such as Donna Karan, Marc by Marc Jacobs and Porsche is represented on the ground floor, while the products of Mediterranean designers such as Emilio Pucci, Yves Saint Laurent, Givenchy, Dior, Roger Vivier, Fendi, Lacroix are visible on the upper floor., Céline and Kenzo, having more space given the longevity of their collaborations with the company.

To the footwear models are added prints, sketches and sculptures from the private art collection of Luigino Rossi: the original sketches by Christian Lacroix and Karl Lagerfeld, the reproductions of the prints by Andy Warhol, and the cartes de vœux by Yves Saint Laurent.