Art of Living explores European art and sty;e from the medieval period to the mid-19 century. Art doesn’t just belong in galleries though, so wander up to Design for Living on Level 5 to discover ideas that shaped a century of design, from the Great Exhibition to the Festival of Britain.

It investigates changing artistic styles and shows how works of art have been use to demonstrate status, wealth and religious devotion. The gallery highlights the exceptional creativity of many leading makers, and reveals how international trade and new technologies inspired new items and fashions. 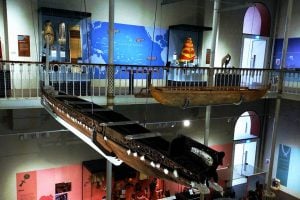 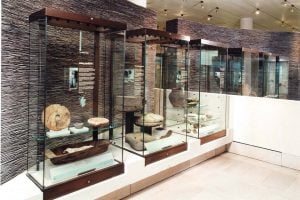 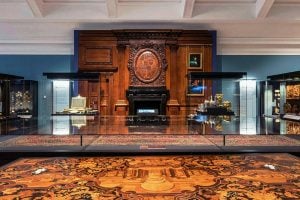 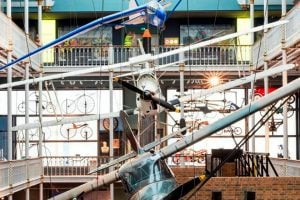 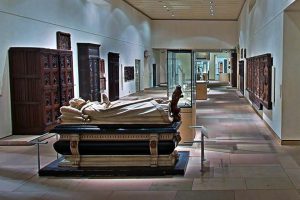 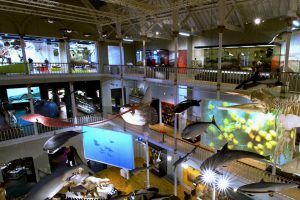 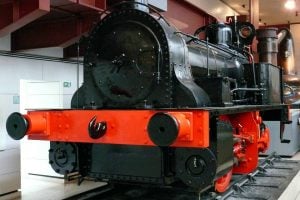 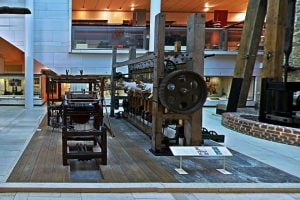 Here you can get acquainted with May Morris’ intricate embroideries. Created to hang in Orkney’s Melsetter House, these wall hangings are a beautiful example of the Arts and Crafts movement.

Then take a trip to our Art of Living gallery to see stunning examples of decorative art as expressions of beauty, taste, power and devotion. Sup wine from the astronomical Hamilton-Rothschild Tazza and take tea with the Emperor Napoleon’s tea service. You can also measure up against the Hamilton Palace fireplace wall. Restored to its former glory, this stateroom was saved from the grandest non-royal residence in Europe.

From earliest times sculptors have created works intended to inspire devotion, to tell stories, to commemorate individuals or to capture beauty in a lasting form. Traditions in Sculpture, on the balcony of Level 5, contrasts classical and Christian sculpture with those of the Hindu and Buddhist traditions.

Also on Level 5, Artistic Legacies illuminates the relationship between artistic traditions and the work of contemporary artists, exemplified by African artist Gérard Quenum’s arresting sculpture L’Ange. Next door, Inspired by Nature examines the ways in which humanity has engaged emotionally, spiritually, religiously and culturally with nature through art. Don’t miss the elegant, evocative poppies by contemporary sculptor Maryam Salour.

May Morris embroideries
These beautiful hangings were worked around 1900 by May Morris, the daughter of the designer, William Morris, the father of the Arts and Crafts movement.

Both hangings are of the same design worked in different soft pastel colours and stitches, with a central tree between rosebushes and floral trails and birds against a square trellis background. The foreground of each panel includes a robin and rabbit.

The embroideries are one of only two known examples of this design, the other also by May Morris dating from 1891 for a set of bed curtains for her father’s bed at Kelmscott Manor.

The exceptionally large Byzantine bowl was acquired by Alexander, 10th Duke of Hamilton (1767-1852) while he was British ambassador in Russia in 1807-8. He bought the bowl in the belief that it was the ‘Bénetier de Charlemagne’ (the holy water stoup of the Emperor Charlemagne, the founder of the Holy Roman Empire). However, this romantic story is legend rather than fact.

The bowl is made from sardonyx, a variant of the mineral onyx that is striped with red bands.

Many of the main pieces – such as the double salts, sugar bowl and punch bowl – were designed by Napoleon’s architect Charles Percier. The tea service was assembled and supplied by the Emperor’s goldsmith, Martin-Guillaume Biennais.

National Museums of Scotland
National Museums Scotland for collections of national and international importance, preserving them, interpreting them and making them accessible to as many people as possible.

National Museums of Scotland work with museums and communities across Scotland and beyond, introducing our collections to a much wider audience than can physically visit our museums, through partnerships, research, touring exhibitions, community engagement, digital programmes and loans.

National Museums of Scotland’s collections are a legacy which we look after on behalf of everyone in Scotland. Our wealth of objects represent everything from Scottish and classical archaeology to applied arts and design; from world cultures and social history to science, technology and the natural world.

The National Museums Collection Centre, in Edinburgh, is home to millions of items not currently on display. It also houses state-of-the-art facilities for conservation, taxidermy and academic research.

Through research, National Museums of Scotland aim to explain the significance of the millions of objects in our care to a wider audience. How we interpret our collections can increase public understanding of human history and the natural environment.

Discover a treasure trove of creativity, explore the influence of design on everyday life and see how contemporary makers continue to innovate.