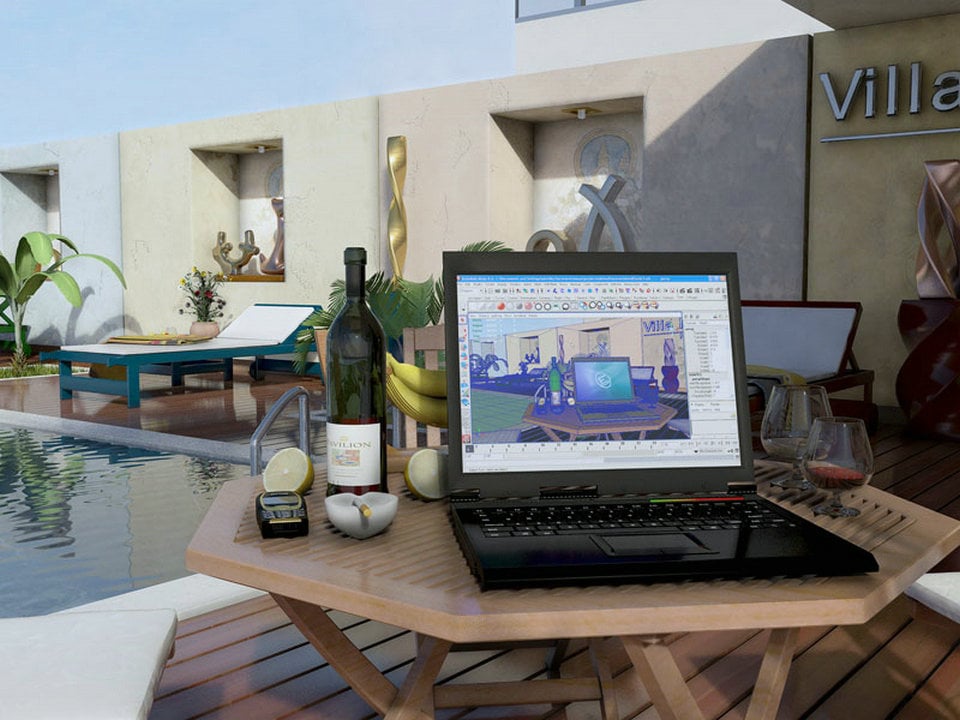 Architectural animation is a short architectural movie created on a computer. A computer-generated building is created along with landscaping and sometimes moving people and vehicles. Unlike an architectural rendering, which is a single image from a single point of view, an architectural animation is a series of hundreds or even thousands of still images. When these images are assembled and played back they produce a movie effect much like a real movie camera except all images are artificially created by computer. It is possible to add a computer-created environment around the building to enhance reality and to better convey its relationship to the surrounding area; this can all be done before the project is built giving designers and stakeholders a realistic view of the completed project. Architectural renderings are often used along with architectural animation.

Development of the animation
“The computer-generated animation has evolved from the first tools of computer aided design (CAD), which initially mimicked the traditional drawing in plan form analogously, in order to finally move from the two-dimensional plan-based representation form into a three-dimensional model structure. The rapid development of computer-aided architectural design (CAAD), in particular through the integration of surface textures and lighting control, has led to the development of a photorealistic, computer-generated architectural representation. From there, the animation step, which initially emerged as a series of single frames, followed Unlike the architectural rendering, which consists of a single image of the model, an architectural animation includes a series of several hundred to several thousand individual images, which together form animated sequences of scenes.

Usage
Commercial demand for computer-generated rendering is on the rise, but three-dimensional scale models are still popular. Typically members of the AIA (American Institute of Architects) and NAHB (National Association of Home Builders) prefer to use 3D animations and single renderings for their customers before starting on a construction project. These professionals often find their clients are unable to grasp the complexity and spatial qualities of large projects without the help of computer generated visual aids. The animations and renderings are usually supplied by small animation studios.

Today, the architectural animation is widespread both in the planning and in the commercial area. Professional computer animations and renderings are created by 3-D visualization and rendering service providers, who derive their proven representation know-how from architectural planning and graphic design. With the further development of the two-dimensional representation towards a three-dimensional projection, established software providers offer visualization programs that are equipped with camera tools and rendering gines and can combine architecture visualization with the medium of film. Due to the high time and rendering effort required to process single images into high-quality scenes, the implementation of an animation in architecture requires a high level of expertise and specialization, the necessary hardware and software, and an interdisciplinary team of architects , Communication experts, 3-D illustrators and animators ahead.