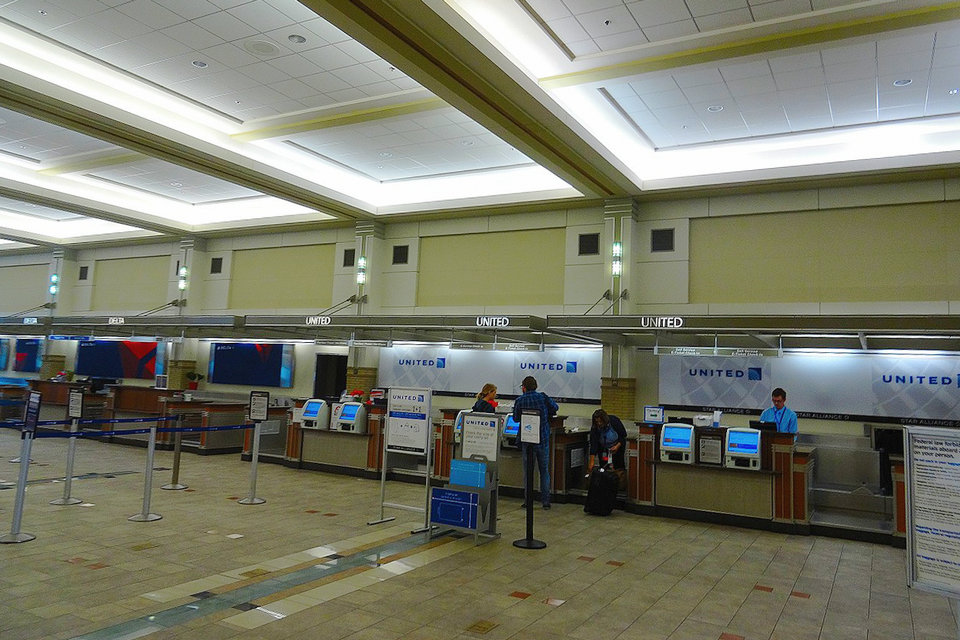 Airline booking ploys are tactics used by travelers in commercial aviation to lower the costs of flying to a desired destination. These tactics take advantage of inefficiencies in pricing by working around the airline’s fare and route systems, often due to the airlines’ use of fortress hubs. Several of these tactics exist.

Throwaway ticketing
Throwaway ticketing is purchasing a ticket with the intent to use only a portion of the included travel. This situation may arise when a passenger wants to travel only one way, but where the discounted round-trip excursion fare is cheaper than a one-way ticket. This can happen on mainline carriers where all one-way tickets are full price. For instance, a passenger only intending to fly from Los Angeles to New York may find the one-way ticket costs $800, but that the round-trip fare is $500. The passenger, therefore, purchases the round trip from Los Angeles to New York and back to Los Angeles, boards the flight to New York, but stays in New York and “throws away” the second half of the ticket by not showing up for the return flight. It is only possible to “throw away” the final segment(s) of a ticket, because throwing away a segment by not showing up for the outbound trip will often lead to the airline’s canceling the entire reservation.

Hidden city ticketing
Hidden city ticketing is a variant of throwaway ticketing. The passenger books a ticket to a fictitious destination (the “hidden” city) with a connection at the intended destination, walks away at the connection node, and discards the remaining segment. Flight fares are subject to market forces, and therefore do not necessarily correlate to the distance flown. As a result, a flight between point A to point C, with a connection node at point B, might be cheaper than a flight between point A and point B. It is then possible to purchase a flight ticket from point A to point C, disembark at the connection node (B), and discard the remaining segment (B to C).

Using the hidden city tactic is usually practical only for one-way trips, as the airlines will cancel the subsequent parts of the trip once a traveler has disembarked. Thus, round-trip itineraries need to be created by piecing two one-way flights together. This tactic also requires that the traveler have carry-on luggage only, as any checked baggage items will be unloaded only at the flight’s ticketed final destination. Exceptions to this requirement occur when re-entering a country where luggage must be processed by customs agents, when changing airports, or when train travel is involved in the flight ticket. This allows for a traveler to reclaim their luggage before checking in for their final destination, and therefore to simply leave the airport. Hidden-city ticketing carries the risk of the initial flight’s being overbooked or cancelled, and the airline’s transferring the passenger to a different route that bypasses the connection node.

Hidden city ticketing violates most airlines’ contract of carriage. (A notable exception is Southwest Airlines, whose fare rules do not specifically prohibit the practice.) Someone doing it infrequently is unlikely to be pursued by the airline, but some frequent fliers have reported either losing their frequent flier accounts or being threatened with such a loss. Experienced fliers recommend that if doing it more than very occasionally, passengers either not associate their frequent flier numbers with reservations using the hidden city trick or instead crediting the miles to a partner airline. In 2014, United Airlines and Orbitz filed a lawsuit against a search engine dedicated to finding hidden city tickets, alleging damages from lost revenues, but were unsuccessful.

The traveler could rearrange the itinerary, nesting a round-trip home within the round-trip to Los Angeles such that the outbound trips on both tickets are in the first week and the return trips are on second week.

Within North America, the usefulness of this strategy has diminished materially, as most airlines have abandoned the discount for a Saturday-night stay-over for these types of trips. However, many intercontinental round-trip tickets still have minimum length of stay requirements. Back-to-back ticketing is useful with tickets when there is a minimum length of stay on the discount (e.g., 7 days), and the traveler needs to stay only in the destination for a shorter period of time.

Legal status
Airlines are strongly opposed to booking ploys for financial reasons. Other reasons cited by airlines include “public safety” concerns, but these are usually not explained. Many airlines have established means of identifying and penalizing travelers who take advantage of such tactics, most notably through their frequent flier programs.

Booking ploys are generally a breach of the contract of carriage between the passenger and the airline. Violating the contract is generally a civil, not a criminal matter. When a traveler is shown to have practiced such methods, airlines may respond by confiscating tickets, canceling frequent flier status, and billing travel agents for the fare difference.

Example
In 2017, writer and poet Nimrod Kamer booked a return flight from Frankfurt to Seoul, with a layover in Tokyo. He got off at Tokyo, exited Narita International Airport and threw away the rest of the ticket, paying 70% less then what he’d pay for a direct Frankfurt to Tokyo journey. Seoul was used as a hidden city (equivalent to a MacGuffin). This scheme granted Kamer 16,000 avios points to be used throughout the Oneworld alliance.

Another shopping tactic of the passengers aims to avoid the required minimum length of stay at the holiday destination for certain offer prices. If the price differences are worthwhile, the passenger buys two very cheap round-trip tickets with a prescribed minimum length of stay, but only uses the one-way ticket and the return ticket for the other round-trip ticket. The customer can ever expire a one-way ticket and a return ticket and still can save money.

With their pricing, airlines of business travelers who rely on a fast return flight continue to demand the more expensive standard fare, while at the same time they seek to open new customer groups among the tourists with special offers that they want to block with the required minimum length of stay against business customers. The airlines are also adjusting their ticket prices to the purchasing power and competitive situation in each of the countries served, resulting in significant regional price differences that attentive customers want to take advantage of.

Against the austerity measures of their customers, by means of cross ticketing to undermine the minimum stay and the tariff system of airlines and trick, the airlines tried to fight back by them in their terms and conditions and in their conditions of carriage firmly put that return ticket, lose if the valid Outward flight was not started. The district court Frankfurt am MainHowever, in 2007 it decided in one case (Ref .: 31 C 2972 / 05-74) that such clauses were to be considered as “surprising” in the GTCs and therefore were not applicable. For this reason, airlines now explicitly indicate when booking that the booked flights must be booked in the booked order. The flight ticket for the second leg will be invalidated if the first leg was not taken, or the airline will cancel the return flight automatically if the outbound flight has not been started. However, the Federal Court ruled in 2010 that such a clause unfairly penalizes the passenger contrary to the requirements of good faith, so that a ban on cross-ticketing in the GTC is ineffective (Az .: Xa ZR 101/09). A refusal of the airline to carry the passengers (with regard to the return flight) can therefore even result in reimbursement and compensation claims.

Example
For a flight from Frankfurt to Dresden the following flight days are required:

Cross Border Selling
Cross Border Selling is the booking of a flight consisting of several consecutive flights. However, the passenger already plans to use only a part of the routes when shopping. Here cheap prices are exploited, for another market, z. As the foreign countries are thought.