In naming his fictional island ‘Utopia’, writer Thomas More conjoined the Greek words for ‘good place’ and ‘no place’ – a reminder that the idealised society he conjured was fundamentally phantasmal. And yet, the search and yearning for Utopia is a ceaseless humanist endeavor. Predicated on possibility and hope, utopian principles and models of worlds better than our own have been perpetually re-imagined, and through the centuries, continue to haunt our consciousness.

Drawing largely from Singapore Art Museum’s collection, as well as artists’ collections and new commissions, After Utopia seeks to ask where have we located our Utopias, and how we have tried to bring into being the utopias we have aspired to. By turns, these manifestations serve as mirrors to both our innermost yearnings as well as to our contemporary realities – that gnawing sense that this world is not enough. 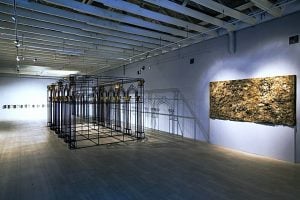 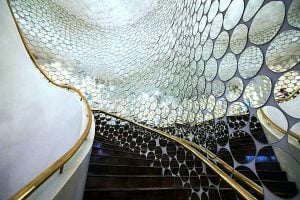 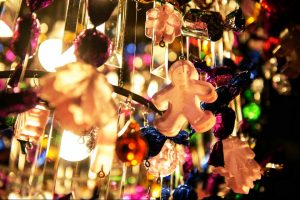 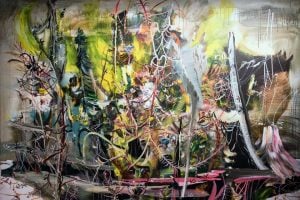 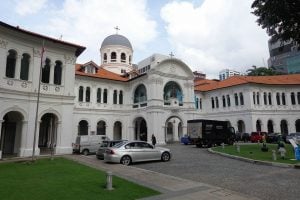 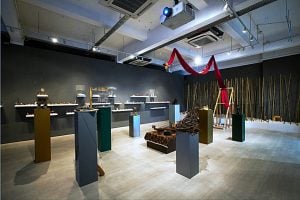 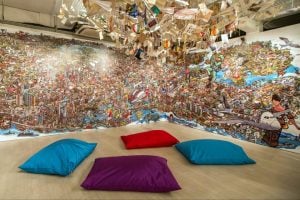 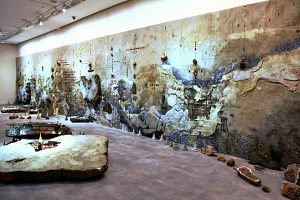 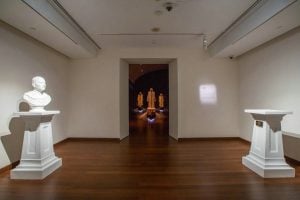 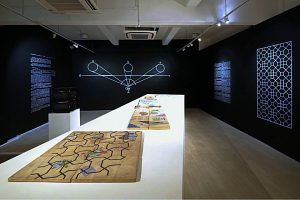 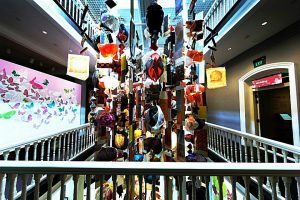 Revisiting the Ideal in Asian Contemporary Art
“After Utopia” seeks to ask where have we located our Utopias, and how we have tried to bring into being the utopias we have aspired to. By turns, these manifestations serve as mirrors to both our innermost yearnings as well as to our contemporary realities – that gnawing sense that this world is not enough.

We Have Crossed the Lake (2009) by Ian Woo
The crossing of a body of water, as implied by the work’s title, is often a metaphor for a rite of passage, suggesting that one is now re-entering the unknown depths of this tangled, long-lost Eden.

Ella Amo’ Apasionadamente y Fue Correspondida (… (2010) by Geraldine Javier
The image of the woman in the garden is a powerful metaphor for beauty, fertility-and The Fall. This potrait alsoall at once, enfolds two others: a self-portrait of Javier as she projects her own difficulties negotiating the complexities of being both an artist and a woman, and more obliquely, a representation of Eve, the first woman in the Garden, theprimordial mother to whom was promised pain.

The Forest Speaks Back (I) (2014) by Donna Ong
Projected onto the wall like a window opening out into a vista. These were the dreams of yesteryear: romance and promise of the new world that voyages from distant lands set sail for.

Letters From The Forest (II) (2015) by Donna Ong
Reminiscent of a gentleman’s study-desk from colonial times, with an array of paraphernalia strewn across its surface alluding to themes of voyage, discovery and study.

Pandora’s Box (2013 – 2015) by Maryanto
A once-beautiful landscape has been ravaged by industry, and all that remains is a charred, blackened earth, bearing testament to the rapaciousness of humankind.

Annexation (2009) by Jitish Kallat
The shape of the sculpture references the humble kerosene stove, a source of energy and light for many residing in India’s rural areas. Here however, its charred, its blackened form alluding to industrial waste and a spent resource, while its surfaces depicts an allegory of constant daily struggle for existence, annexed into a deadly coil of predator and prey.

Jurong West Street 81 (2008) by Shannon Lee Castleman
While looking to rejuvenate a sense of neighbourliness among the city dwellers, what it simultaneously reflects is a dystopian reality – congested, compressed urban fabric of contemporary Singapore.

Block B (2012 – 2014) by Chris Chong Chan Fui
The demographics and even the aural textures of the neighborhood mirror the multi-cultural melange – the proverbial melting pot – that is the social life in modern Malaysia.

Cabinet (2008) by Gao Lei
The surreal charm of these tableaus speak to a sense of loss experienced by an entire generation of young Chinese, who came in age in an era of rapid globalization and unchecked urbanization.

Air Pollution (2014) by Made Wianta
A monumental arabesque of entangled motorcycle exhaust pipes is a sculptural statement on the environmental problems plaguing Bali. The formal contours of the sculpture evoke the undulating curves and claustrophobic density of a forest: here is the vanished primordial Eden, resurrected as an urban jungle in industrial materials. The rapid development of urban centres across the world, where infrastructural advancement fails to keep pace with population growth, resulting in topographies that slowly, but surely, begin to recall the nightmarish terrains on anti-utopian science fiction.

Sembawang (2013) by Tang Da Wu
The installation mythologizes the history of The Artist Village, and its one-time home, enfolding details of major topographical elements with the myths and legends surrounding them.

Sembawang Phoenix (2013) by Tang Da Wu
This piece was originally presented as an accompaniment to Sembawang installation, and is an image of an avian species colloquially referred to as “tok-tok bird”. The Chinese characters meaning “the phoenix of the deep scars”, and the diamond shaped mirrors on which the sculpture is perched represent the creature’s tears, as it emerges from the ashes of its rebirth, or renaissance.

Mewujudkan Angan (Realizing Dreams) (2010 – 2011) by Yudi Sulistyo
The artist’s grounded flying machines question our desire to command the skies, as well as our contemporary obsession with and reliance on technology, revealing these projections of power and ambition to be hollow and illusory.

Summit (2009) by Shen Shaomin
The installation was conceived as a response to the financial crisis of the late-2000s, through the doom and gloom of which prophesies of Capitalism’s end, and the collapse of the existing world order, were rife.

Television Commercial for Communism (2011 – 2012) by The Propeller Group (Tuan Andrew Nguyen, Phunam Thuc Ha & Matthew Charles Lucero)
In utilising the visual language of the mass media to sell a system tat abhors the very idea of private property, TVCC is a rich study in subversion, hinting at the contradictions and negotiations that exist today between the world’s two major political ideologies. In socialist countries, the official creed survives alongside buoyant market-oriented economies, resulting in a world where these seeming opposites slowly but surely begin to morph one into the other.

MA-NA-VA-REH – Love, Loss and Pre-Nupitials in… (2012 – 2014) by Anurendra Jegadeva
The central analogy links two forms of marriage: the first, the nuptials between the artist’s parents, and, at a symbolic level, the political manoeuvrings and compromises that birthed Malaysia as an independent nation.

Mon Boulet (2011) by Svay Sareth
Over 6 full days in 2011, artist Svay Sareth walked from his home in Siem Reap to Phnom Penh. He hauled behind him a metal sphere 80Kg in weight as he walks. The journey he took can be seen as an attempt to come to terms with a painful past as well as a powerful mute testimony to the horrors of war and its effects on the lives of so many caught in the crossfire.

Sitting (2004) by Kamin Lertchaiprasert
The artwork comprises of 366 carved figurines, each seated in a meditative posture, their number referencing the total number of days in a (leap) yea. This meditative repetition encourages a certain stillness and looking within oneself, thereby giving rise to self-awareness and peace as one is reconciled with the world.

Bomba (2011) by Kawayan De Guia
A large scale installation of glittering, ‘mirror’ bombs raining down, summons the zeitgeist of contemporary times: of heady excess and hedonism-and creation-amidst catastrophic violence and destruction. Mesmerizing and menacing at the same time, Bomba is a death-defying disco, a reckless party for the end of the world.

Housed in a restored 19th-century mission school, Singapore Art Museum opened its doors in 1996 as the first art museum in Singapore. Also known as SAM, the museum is now a contemporary art museum.